They include the man accused of killing a jail guard, a triple-murder suspect, and an accused mass shooter. 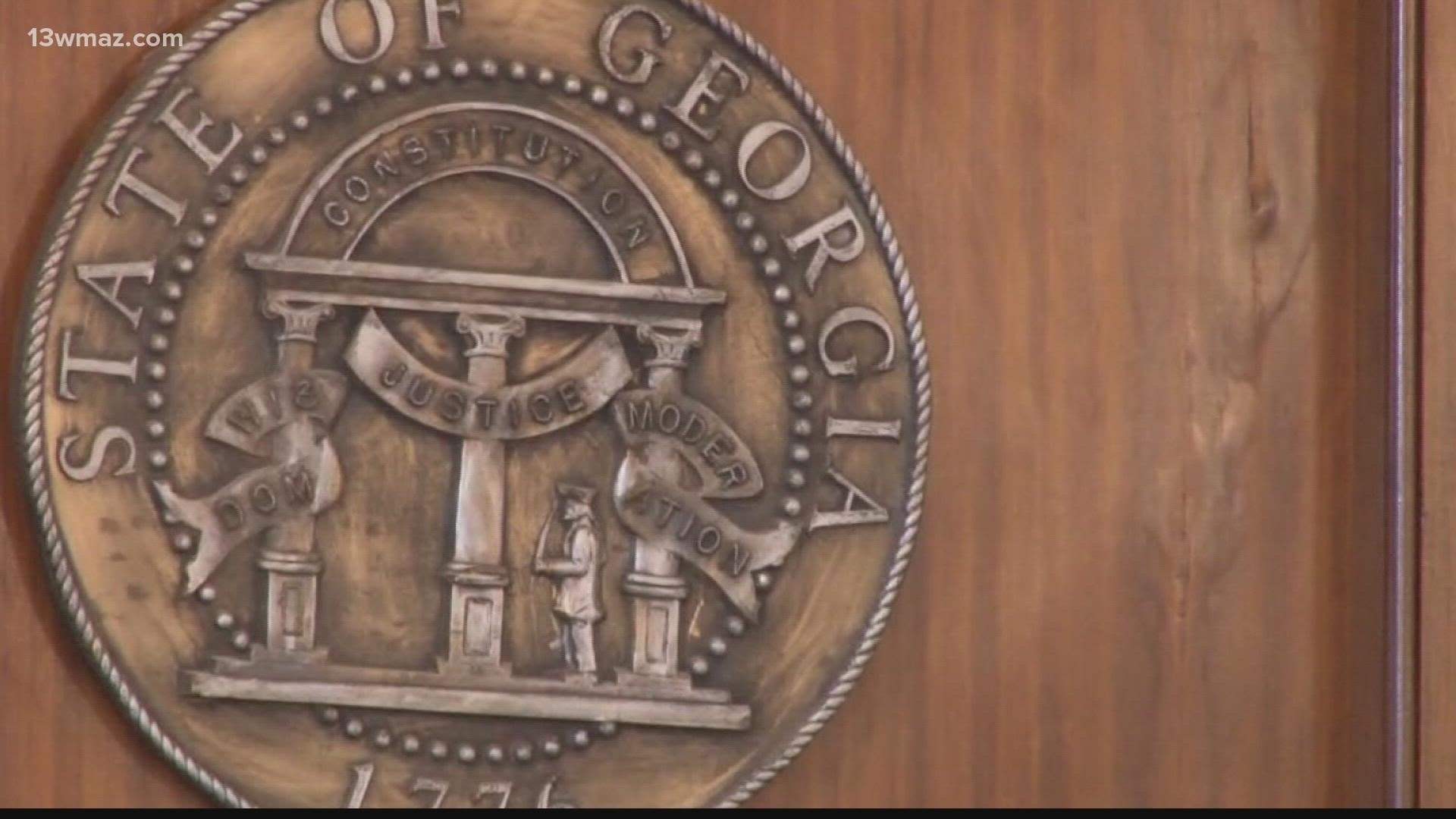 MACON, Ga. — Judges have set bond for at least nine Bibb County murder suspects because they haven't been indicted within the deadline set by state law.

Macon Judicial District Attorney Anita Reynolds Howard says that's because her office is taking care with those cases and waiting for some evidence that's been delayed. She said those cases were delayed by backlogs with the Bibb Sheriff's Office or the GBI.

In a Friday news conference, she said, "It's not my job to rush cases. It is my job, I took an oath, to seek justice."

The nine who got bond include the man accused of killing a jail guard, a triple-murder suspect, and an accused mass shooter.

According to O.C.G.A. § 17-7-50, if a defendant has been held for more than 90 days on the pending charges and their case has not been presented to the grand jury  and they have not been indicted. a judge is required to post bond.

“It seems to be a little bit unprecedented," said Sheriff David Davis. "I can't remember another time that we've had this many cases of such serious nature that have had bonds set but we are in different times.”

“That seems like a lot,” said Chief Judge Howard Simms, looking at the number of murder suspects who got bond.

Because of the state law, Simms says he was required to approve $200,000 bond for Passion Watkins last week.. She's the woman accused of shooting and killing her stepmother in April 2020.

On Friday, Simms told 13WMAZ that he said in open court, “If I hadn't been required to set a bond, I wouldn’t have set one.”

On Thursday, 13WMAZ reached out to District Attorney Anita Reynolds Howard on why these cases were not indicted. She called a Friday news conference to discuss the cases.

She said her office would not rush to indict the cases before they were ready.

“The standard for the District Attorney’s Office is not indictment, our standard is seeking justice through the entire court process,” Howard said.

She says “crucial, critical information” is still missing for most of the nine cases.

Howard says in some cases, her office is waiting on ballistic reports, medical examiner reports, and other reports from the GBI Crime Lab.

“If we know we are missing critical evidence to prove a case, then there is no reason to rush to indict,” Howard said.

Howard says her office has notified the Bibb County Sheriff’s Office and Georgia Bureau of Investigation about the lack of some evidence.

Howard went through the list Friday and said all cases listed except Albert Booze’s and Passion Watkins’ cases are not ready to go before a grand jury for indictment.

“Justice can’t be dictated by a 90-day rule. We are talking about ballistics not coming back six, nine months or a year. That first means that the ballistics have to be sent off to GBI. We’ve had that here in Bibb County. We’ve had that here since I’ve gotten here as DA where the evidence didn’t even make it to the crime lab,” Howard said, explaining it’s the responsibility of the Bibb County Sheriff’s Office to get that evidence to the GBI Crime Lab.

One of the suspects, Earlondez Bond, was released from the Bibb County Law Enforcement Center on Wednesday.

Howard said that her office contacted the sheriff's office three times -- in May, July and on Friday, Sept. 10 -- for evidence in the Bond case.

She says the sheriff's office still has not sent critical evidence in the case to the GBI Crime Lab, but Sheriff Davis said on Friday he believes there's already enough evidence to indict the nine suspects.

“Well, I would like to think so. Our investigators work very hard to gather the evidence to bring a charge up. The investigators have to work on probable cause, and we understand that a prosecutor has to work with beyond a reasonable doubt,” Davis said.

Both Davis and Simms said they're concerned that nine murder suspects now have had bond set.

“It's always concerning when you have defendants that the state alleges has committed a violent act. And in this case, the ultimate violent act. That they are potentially going to be released,” said Judge Simms.

“As someone’s whose job it is get the people who do these crimes off the street, people that we believe do these crimes that does cause some concern,” Davis said. “There are conditions to those bonds, and our investigators are definitely going to make sure that these individuals live up to those conditions of the bond, while they're out. We just hope that they don't engage in criminal or serious activity.”

Bond has been set for these nine suspects:

Booze is the Bibb County inmate accused of killing Deputy Christopher Knight while in jail. The GBI says Booze got into a fight with deputies that ended with him fatally stabbing Knight with his own knife.

Watkins is the woman accused of killing her pregnant stepmother at a home on Radio Drive, that’s off Napier Avenue. The victim’s 11-year-old son found her unresponsive.

Green is the man accused in a triple homicide in east Macon. Investigators say he broke into a home he previously lived at and beat three people with a sharp object. Two people were found dead in the home, a third was found in the woods behind a neighbor’s home.

Faulk is one of the people charged with a Black Friday 2020 mass shooting in downtown Macon that left one person dead and several others injured. Investigators say he got cut in the face during a fight at the bar and then started firing shots into the crowd outside.

Walker is accused of killing his girlfriend. An incident report from last year details a case of domestic violence between the couple.

Bond is accused of fatally shooting a man at the Hunter’s Run apartment complex on Thomaston Road.

Jackson is charged with a double shooting that left a Byron woman dead and a pregnant woman hospitalized back in November.

Simmons is charged with shooting and killing a 1-year-old boy.

Smiley is accused of killing a man during an attempted carjacking at the Riverbend Apartments on Mercer University Drive.