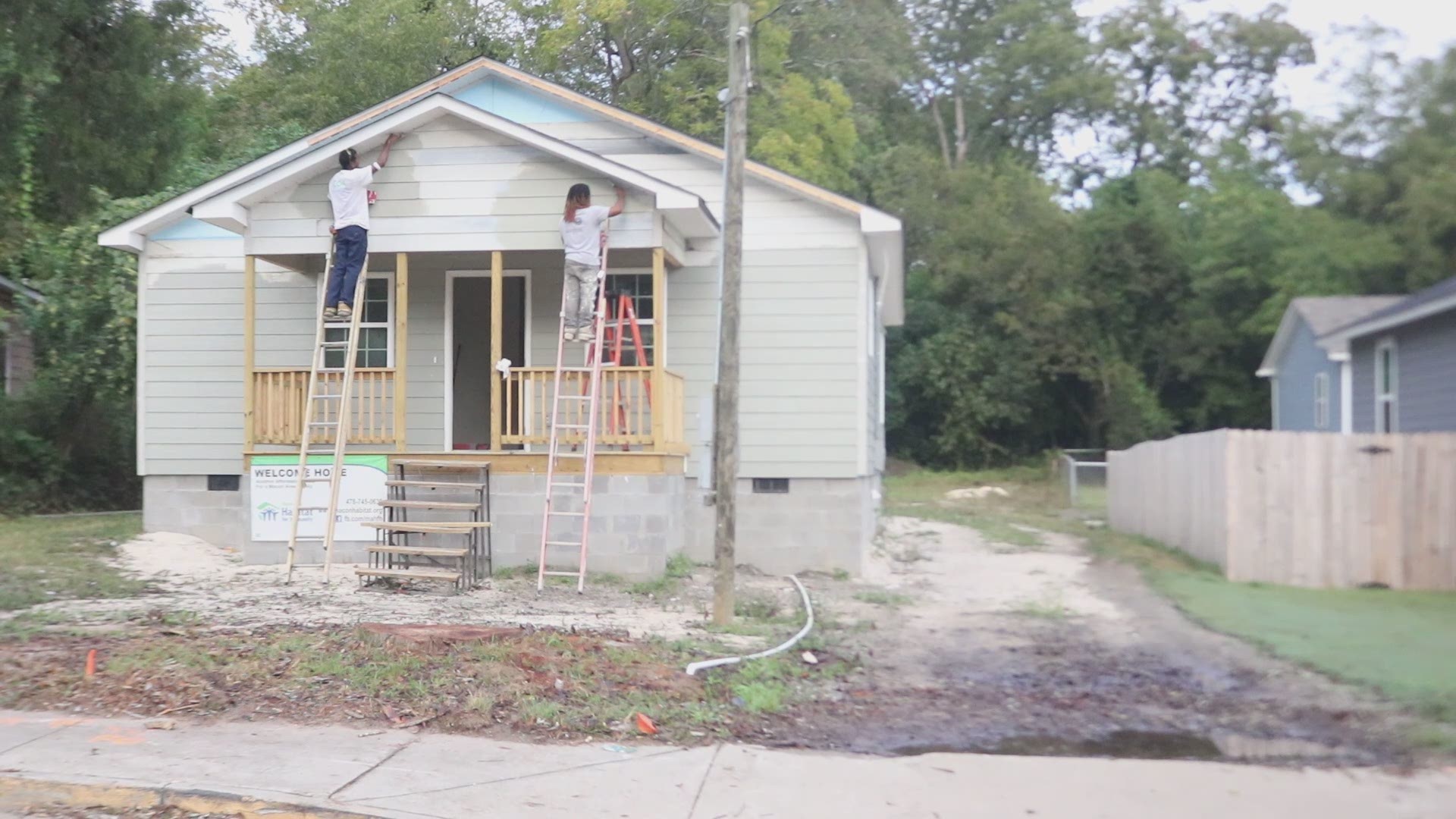 MACON, Ga. — This year, the Macon Area Habitat for Humanity has been hard at work providing affordable housing to the Central Georgia community.

Now, nine months after pushing through the pandemic and severe weather, the organization is almost done with its Faith Build.

Once completed, the home will go to Macon-native and single mother Angeleck Scott, who says that homeownership has been one of her biggest dreams.

"I've always wanted to be a homeowner," said Scott. "It was one of my ultimate goals to provide a home for my children where they didn't have to worry about someone coming and taking it away from them."

Scott balances work as a para-professional at the Bibb Board of Education with raising her children.

"I didn't know which avenue to take. I knew I didn't have enough income to go the American dream way," said Scott. "A friend of mine told me about Habitat for Humanity and I tried and here I am today."

According to Habitat executive director Ivey Hall, it typically takes crews and volunteers six months to build a home, but the pandemic and severe weather forced construction to pause.

However, since resuming work in June, Scott hopes to move into her new home just in time to spend the holiday season with her family.

"Angeleck has been the most patient homeowner, even with all of our hurdles that we've had, her family has stood by her side and really been a wonderful group of cheerleaders," said Hall.

Scott says that she wants people in similar positions to know that there is always more than one way to accomplish their goals.

"Don't underestimate yourself. If one avenue doesn't work, there's always another avenue that will be provided for you... anything is possible." said Scott.

While work is almost complete, Habitat for Humanity still needs to raise $13,000 to finish the build.