One Macon salon is doing its part to help a local organization that provides support for breast cancer patients and their families, including a salon worker. 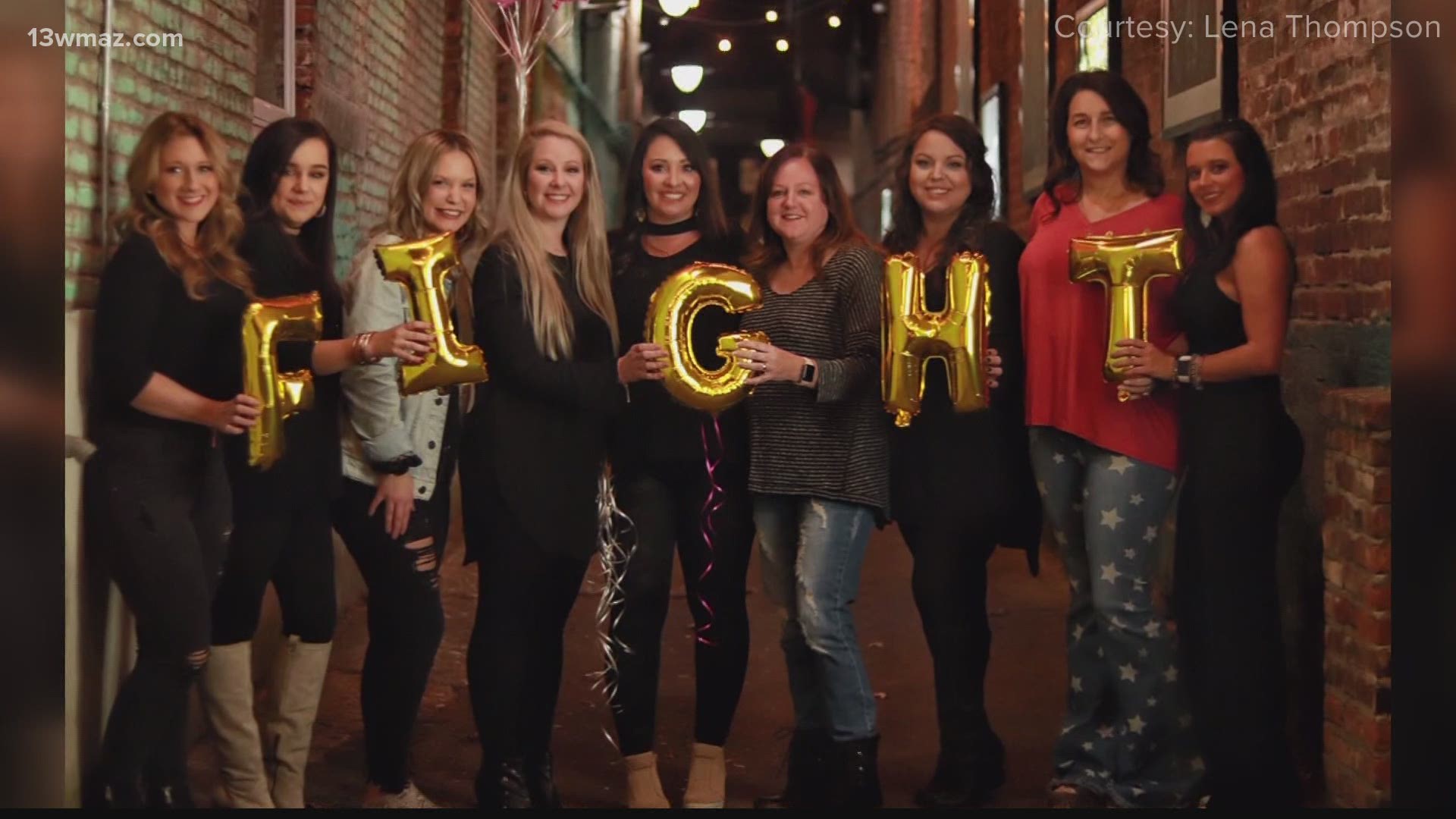 "My first thought with it was, 'How am I gonna tell my kids? How do I tell them mom has cancer? You know, you're their whole world,'" she says.

In October of 2019, Lena Thompson got news that she had breast cancer. From there, she had to get surgery and had to get treatments done.

"Going through chemo and treatments, I was like, 'How am I gonna be on the other side of this? How am I going to be a bald hairdresser?' You know, 'How do I handle it from that aspect?'" she says.

Almost immediately, her coworkers at Tribe Salon and Spa came together to support her, and a year later, their support still shows as they hold a fundraiser where all proceeds go to United in Pink.

"Anything pink in the salon, pink extensions, pink feather, pink hair ties, pink earrings, pink bracelets, all those funds go straight back into United in Pink to help them," says Thompson.

Thompson says this is an organization that means the world to her, because it welcomed her with open arms.

"From the first moment I walked in, they gave me big hugs, there's some people there that are also survivors, and they kind of give you ideas of what to expect, what to expect to happen with your body," she says.

Thompson says although she worked through most of her treatments, she went back to work earlier this month after reconstructive surgery.

"Everybody seems really happy to see me. I feel somewhat normal again," she says.

Thompson says these days, she only sees about one customer a day, but it still brings her joy to know she can still do what she loves.

To donate, you can visit Tribe Salon and Spa on Forsyth Road through the month of October or donate directly to United in Pink Macon.