The driver's car burst into flames after he lost control and crashed into a tree. 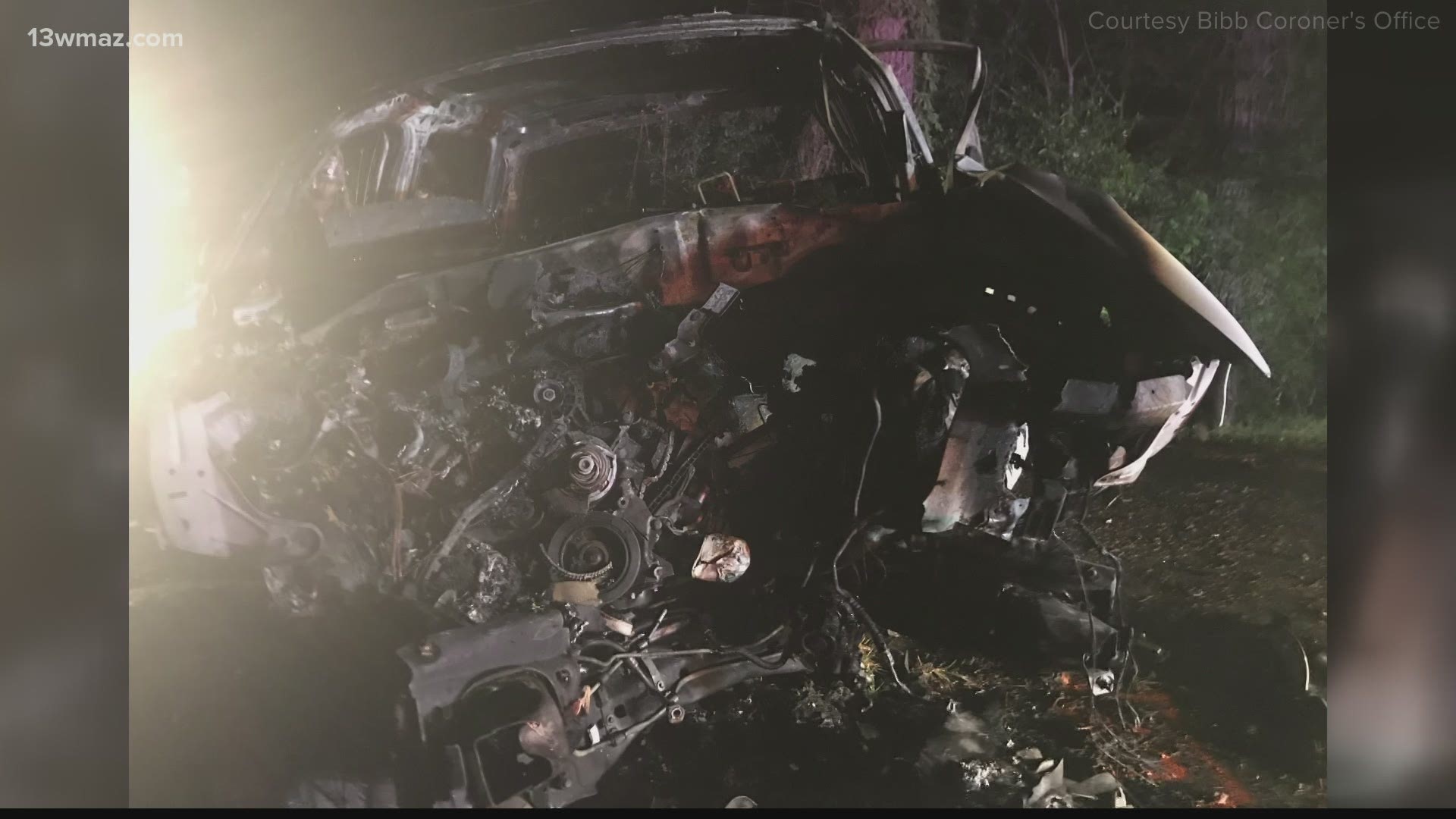 MACON, Ga. — A Macon man is dead after his car crashed and exploded into flames during a chase with state patrol troopers in Macon.

According to a release from the Bibb County Sheriff's Office, Martin was trapped in the truck after the wreck when the vehicle caught on fire.

Deputies tried to extinguish the fire and get Martin out of the truck, but the rescue attempts were unsuccessful.

The crash happened on Nancelon Circle in north Macon.

That’s right around the corner from Pierce Avenue, where Martin lived.

Deputy Coroner Lu Anne Stone pronounced him dead at the scene at 1:20 am.