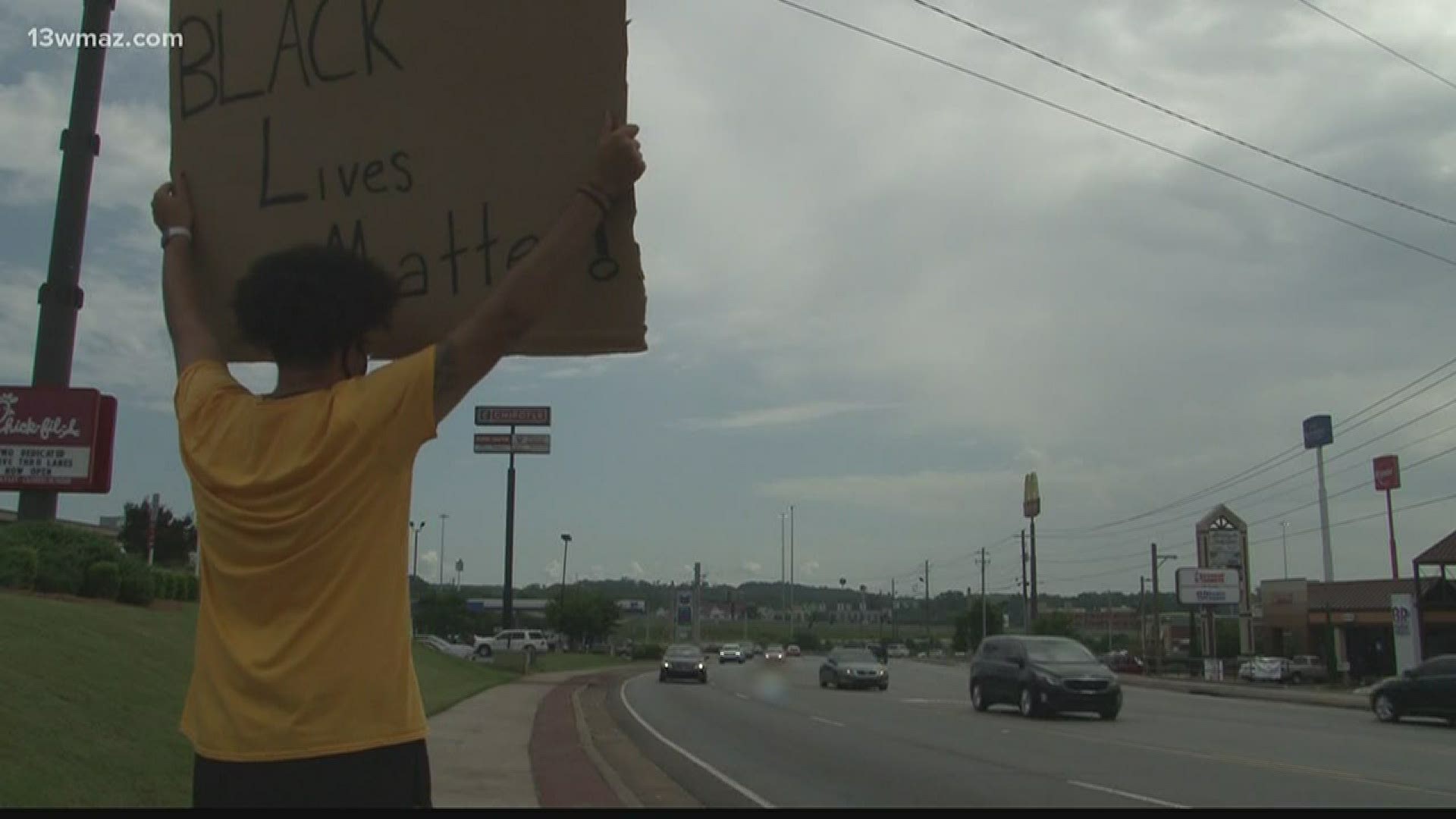 MACON, Ga. — There have been large Black Lives Matter marches across the world, the country and in Central Georgia.

One man inspired by the big crowds has been protesting, by himself, for 19 days now.

20-year-old Derian Wilson stepped out on a sidewalk on June 1 and hasn't left since.

He protests for Black Lives Matter Monday through Saturday and he says he's not leaving until he sees some change.

Wilson's presence has evoked emotion, as people have offered him food and told him they believe in the cause. However, not all people stand with him.

"I had someone yell from their car and tell me I was racist," Wilson said.

He says the good overshadows the bad and its negative attitudes that he's fighting against.

"I got sick and tired of looking at all the injustice throughout the U.S. and I decided we needed to speak up," Wilson explained.

Derian stands in front of where he's employed, Chick-fil-A.

He wrote a message to employees that cries out over the deaths of George Floyd and Breonna Taylor.

"I definitely want to see the officers accused of murdering Breonna Taylor arrested," he said.

He also wants people of all races to understand what the Black Lives Matter call to action means to him.

"A lot of people's statement to Black Lives Matter is "All Lives Matter," and that is true, that is what we believe. But the issue is Black lives are hurting right now and we need to step up and speak up for them," Wilson said.

Each day Derian holds up different signs, but the message is basically the same.

He says one day he hopes that you won't see him on this stretch of street and that we will all live in a more tolerant world.

"Hopefully I'll be back home before it gets cold," he said.

Derian is also involved in the Tattnall Square protests that happen Sundays at the roundabout.

As for Chick-fil-A, the manager says they don't mind him out there at all.