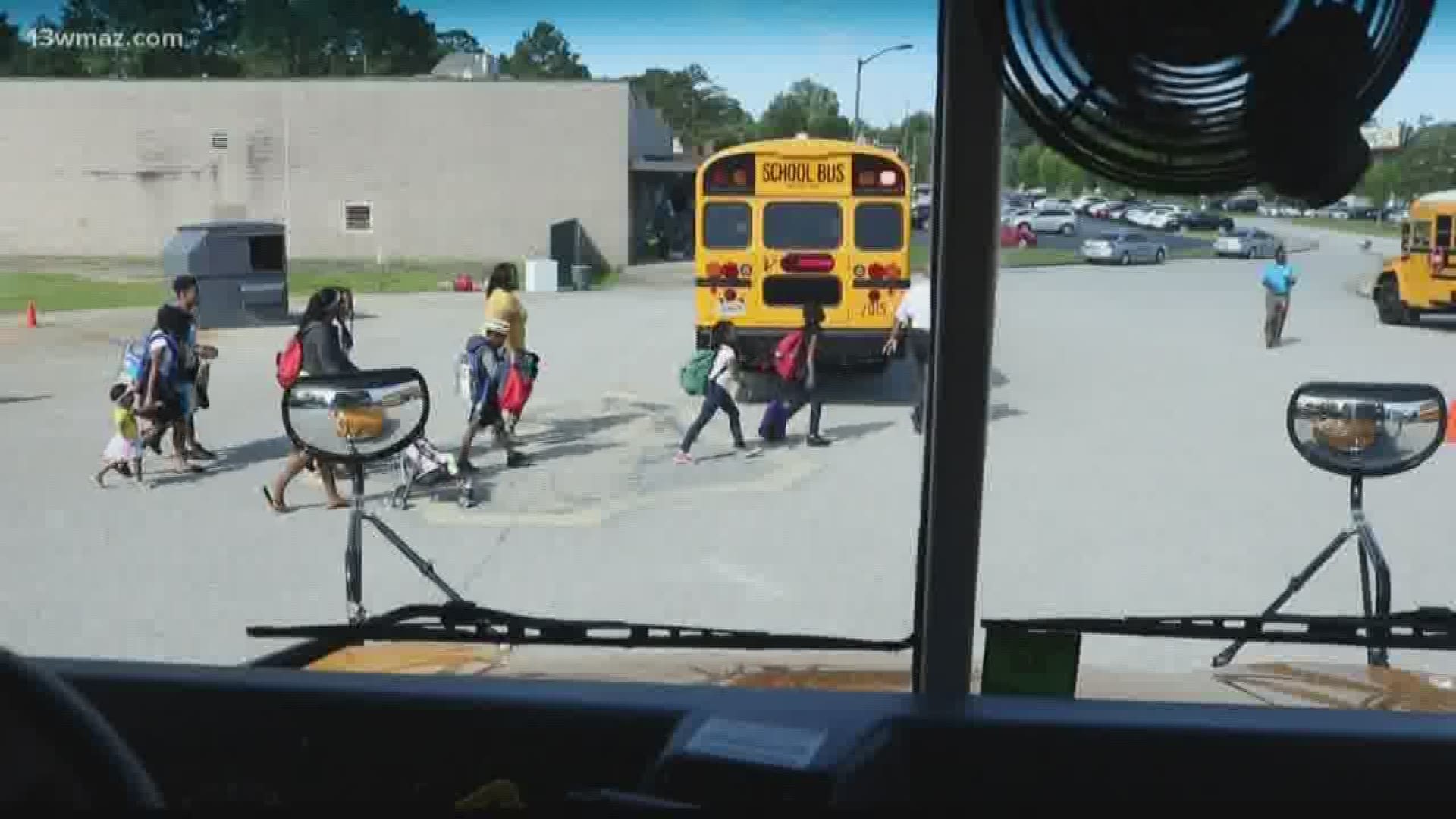 MACON, Ga. — Tynetta Spicer waits every afternoon to pick up her 3-year-old daughter Tre'Vianah from her Head Start bus.

"I wait for about 3:27, then I go across the street and I go get my baby from the bus," Spicer said.

It was a different story on Wednesday.

"I get approached that I need my ID. I give the new monitor my driver's license, so she stops me and she says it's a problem," she said.

Every Head Start bus has two bus monitors who check identification of anyone picking up their students.

One of the monitors questioned Spicer's out-of-state license.

"The bus driver knows me and the other monitor knows me, but it was a big problem with the new monitor," Spicer said.

Director Jacquise Jones from the Head Start said every day, bus monitors must check the IDs of anyone picking up their students.

If a bus monitor has any concerns about an ID, they are advised to take the student back to the school where they can access more information to check whether that person is OK to pick up the child.

"I signed up at the school with a Tennessee license since the first day of school. They never said anything about a license," Spicer said.

The monitors kept Tre'Vianah on the bus and took her back to the program site at Barden Elementary.

Spicer said without a car, it took her over an hour to get to her daughter.

"I don't want that to ever happen again. I don't want nobody to ever take me from my baby again," she said.

Jones said their center supervisor at the Head Start site apologized to Spicer when she arrived to the school and released Tre'Vianah to her mom.