The Macon Film Festival is coming up on its 12th anniversary, but it may be missing a very important piece this year. Nicole Butler spoke to the chair of the festival, Terrell Sandefur, who is trading in the spotlight here in Macon for the limelight and dreams of Atlanta. 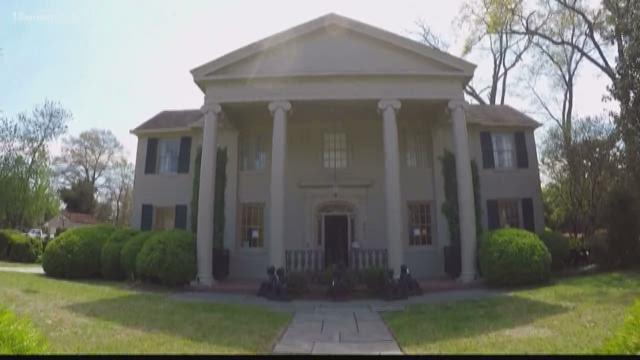 In 2006, the Macon Film Festival was created with hopes of bringing more movie makers to Central Georgia, "And as a result of that, it's been, basically, that's become my big job -- marketing Macon for film and television," Chair of Macon's Film Commission, Terrell Sandefur says.

Sandefur says he's has helped bring in over 42 movies into the area, including "Rampage," starring the Rock, "Need for Speed," and "The Best of Enemies" starring Taraji P. Henson, saying Macon's a goldmine for movie makers.

"You know, Georgia is the number one film state for movies, and Atlanta is saturated with production, so they are looking for locations outside the city to film, and Macon's a natural fit because we are right down 75," he says.

Now Sandefur is setting his sights on the big city, and with that move comes a big estate sale at his home.

"This weekend, actually, Green Dragon Antiques is running it for us and we are selling everything inside and everything outside, including the house itself -- it's our form of spring cleaning for sure," he says.

From artwork to furniture, to knickknacks and old CDs, he says the prices range from $2 items to tens of thousands, like some pieces of antique furniture.

"One of the tables came from some, you know, a famous architect that did the diplomatic reception room to the White House. Just some things that have some cool history," Sandefur says.

He's leaving behind pieces of history, but he says Macon will always be in his heart.