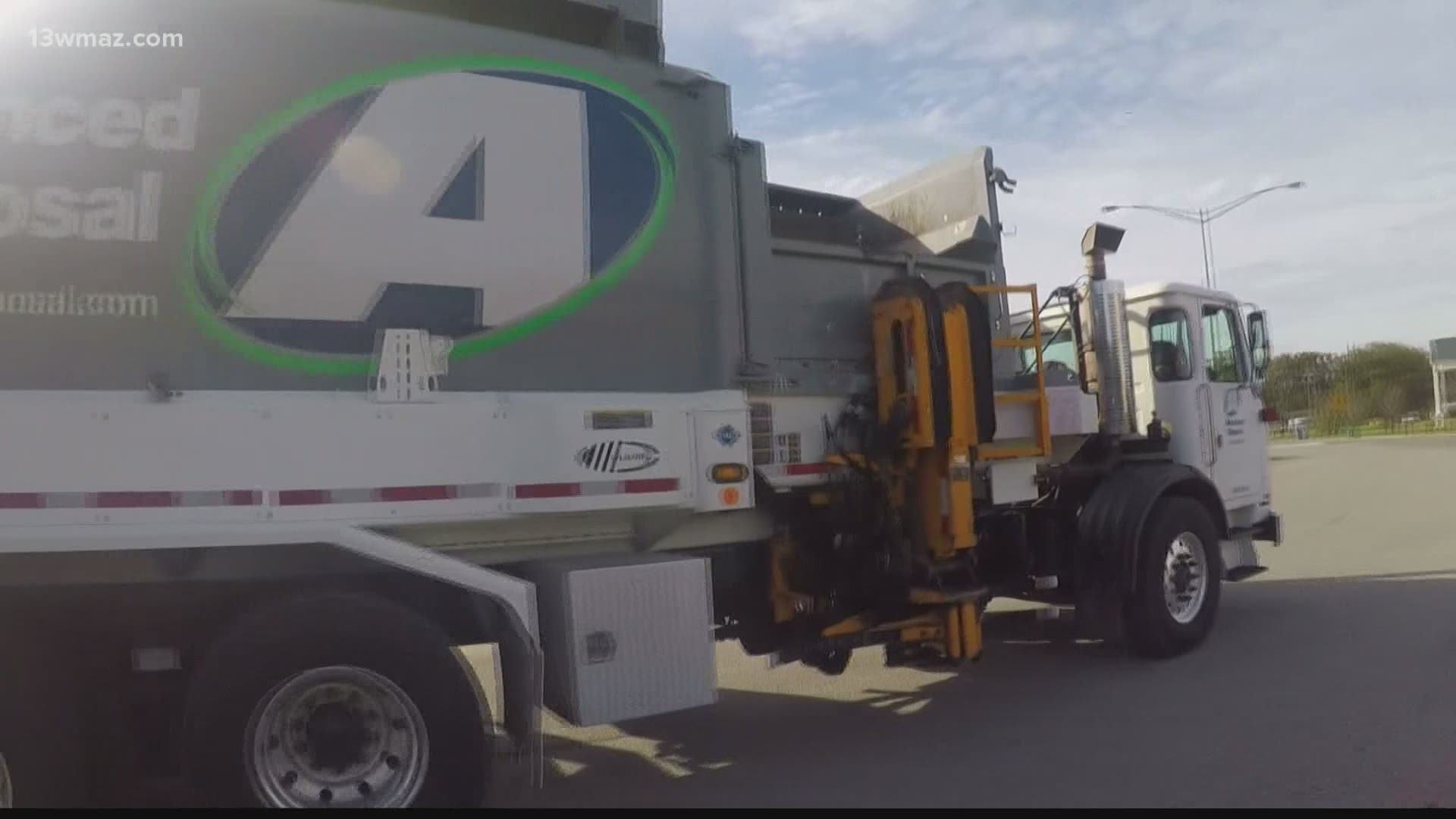 MACON, Ga. — Around Macon-Bibb County, neighborhoods are seeing delays in trash pickup, but why?

Advanced Disposal, which was recently bought by Waste Management, says they were having problems with staffing even before the pandemic, but now, their staffing shortage has gotten even worse.

The company say that's the reason why you might be seeing a delay in trash pickup.

"We were left not knowing how long that was going to be or when or if they'd come," Long said.

Long says this isn't the first time they were late for pickup. It was just a few weeks ago that his road went two weeks without the company picking up their recycling.

"Most people's recycling bins sat out for at least a week before we just gave up and put them back," Long said.

But some people didn't put their bins back, they just let the trash pile up.

"It had begun to overflow onto the outside of the bin and into their yard," Long said.

Moffett says Waste Management, the company the county is in a contract with, started seeing a major staffing shortage around November.

But for now, Waste Management says they're trying their best with what they've got.

Moffett says Waste Management is pulling some employees off the recycling route to manage the household trash pickup.

"So now, you have recycling not being picked up in a timely manner," Moffett said.

Even so, Long says he's frustrated and wants to know when he should haul his trash out for pickup.

"There just needs to be some sort of better way to communicate to us when these problems are occurring and what we can expect whether it be me calling a number locally or me receiving a recording saying we weren't able to pick up. You can expect it to be picked up by this time," Long said.

Waste Management says they're looking for more employees. If you'd like to apply, they're having a job fair this Saturday, May 8 from 7 a.m. to noon. It will take place at two locations: the Waste Management office at 2201 Trade Drive in Macon and 13809 East Cherokee Drive in Ball Ground.

If you're applying to be a driver, Waste Management says you need to be 21 or older, hold a class A or B commercial driving license, and have at least one year of CDL driving experience within the last seven years.