'Be yourself, live your freedom': Macon Pride weekend kicks off with drag house party

Three members of Macon's drag troupe, The Tribe, say pride is important because it allows LGBTQ+ people to find support in their community 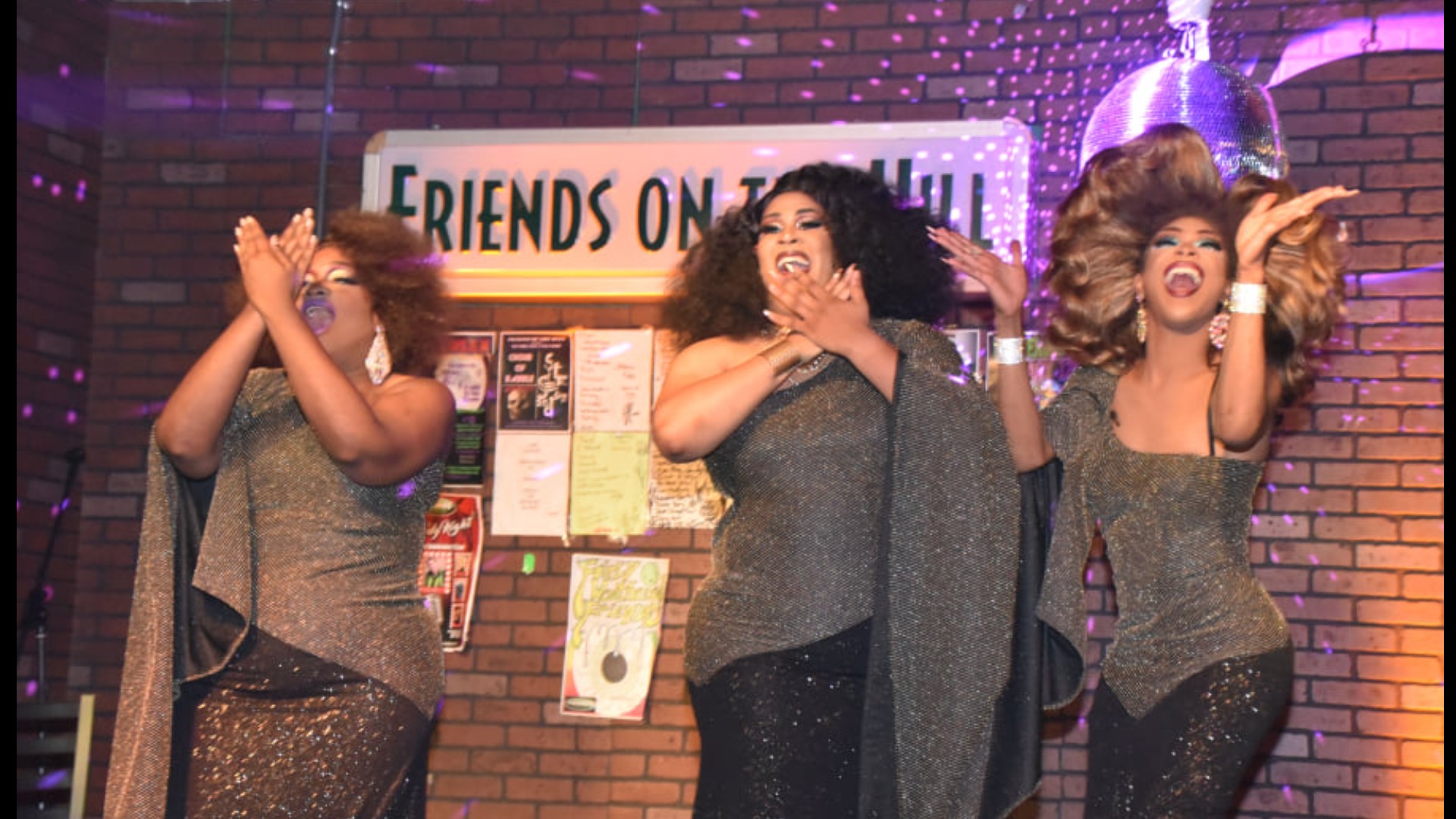 MACON, Ga. — Central Georgia’s LGBTQ+ community is celebrating Macon Pride this week, and a weekend full of festivities is being kicked off by a drag show.

Drag shows have been happening across Macon for many years and drag performances are continuing to grow in popularity. But what is drag?

The origin of drag as an artform can be traced back as far as Ancient Greece until as recent as vaudeville performances near the end of the 19th century.

Drag performers are not only queens, but there are drag kings and many non-binary people who also do drag.

“It’s a political statement,” said drag performer, Yutoya Avaze Leon. “It’s like raging against the machine. It’s messing with gender expression, it doesn’t even have much to do with sexuality. It’s literally just expression."

Yutoya is a member of The Tribe, Macon’s five-queen drag troupe.

“Basically -- for me -- drag ultimately gives you the opportunity to be yourself, live your freedom, speak your freedom, dance your freedom and give everybody a political viewpoint of how you feel and how your expression should be shown,” said Tribe member Akasha Giselle Vidalle.

Another Tribe member, Christina Leon, says the best thing about being a drag queen is interacting with people at shows.

“My favorite thing is to interact with the audience. Whenever you interact with people and they smile or are yelling, they’re freaking out and are just happy to see you... that is the funnest thing in the world,” said Leon.

While the presence of drag is growing around the world, many queens feel it's also important to emphasize its origins and herstory.

Yutoya says that drag queens take on the legacy of women like Marsha P. Johnson, a transgender woman and drag queen who was at the Stonewall Riots in 1969.

They also attributed their ability to do drag in Central Georgia to local queens like Tangerine Summers and Ravion Starr Alexandria St. James.

“When you spectate, you’re supporting the trans community, the queer community, and of course drag queens,” said Yutoya.

Macon Pride is important to all three queens because it's a way to engage with the community they've been living and working in for many years.

“It gives the community not just a party, but an actual vocal ability or an ability to be seen,” said Vidalle.

Leon says that it's important to have pride in places like Macon so that the joy of the festival can reach LGBTQ+ folx everywhere.

“It’s just very important that rural areas have pride because big cities... they can do whatever, they can let off balloons, but when these small towns get together you know we have a good, ghetto time,” she said.

Yutoya says that Macon Pride is important because it allows young LGBTQ+ folx to find support in their community.

“That’s why Macon Pride is important to me, this is an opportunity for kids to go out there and know that they’re going to be accepted, they’re going to be loved, and that there is a whole community of people who are going to stand up for them and it's beautiful, honestly,” she said.

The Macon Pride House Party will be held on Sept 24 at the Hargray Capitol Theater. It will feature members of The Tribe and LaLaRi from Season 13 of RuPaul’s Drag Race.

Guests will have to wear a mask in the theater and undergo a temperature check.

It's Hispanic Heritage Month: Here's how you can celebrate in Central Georgia