The game is Sunday night at 8 p.m. 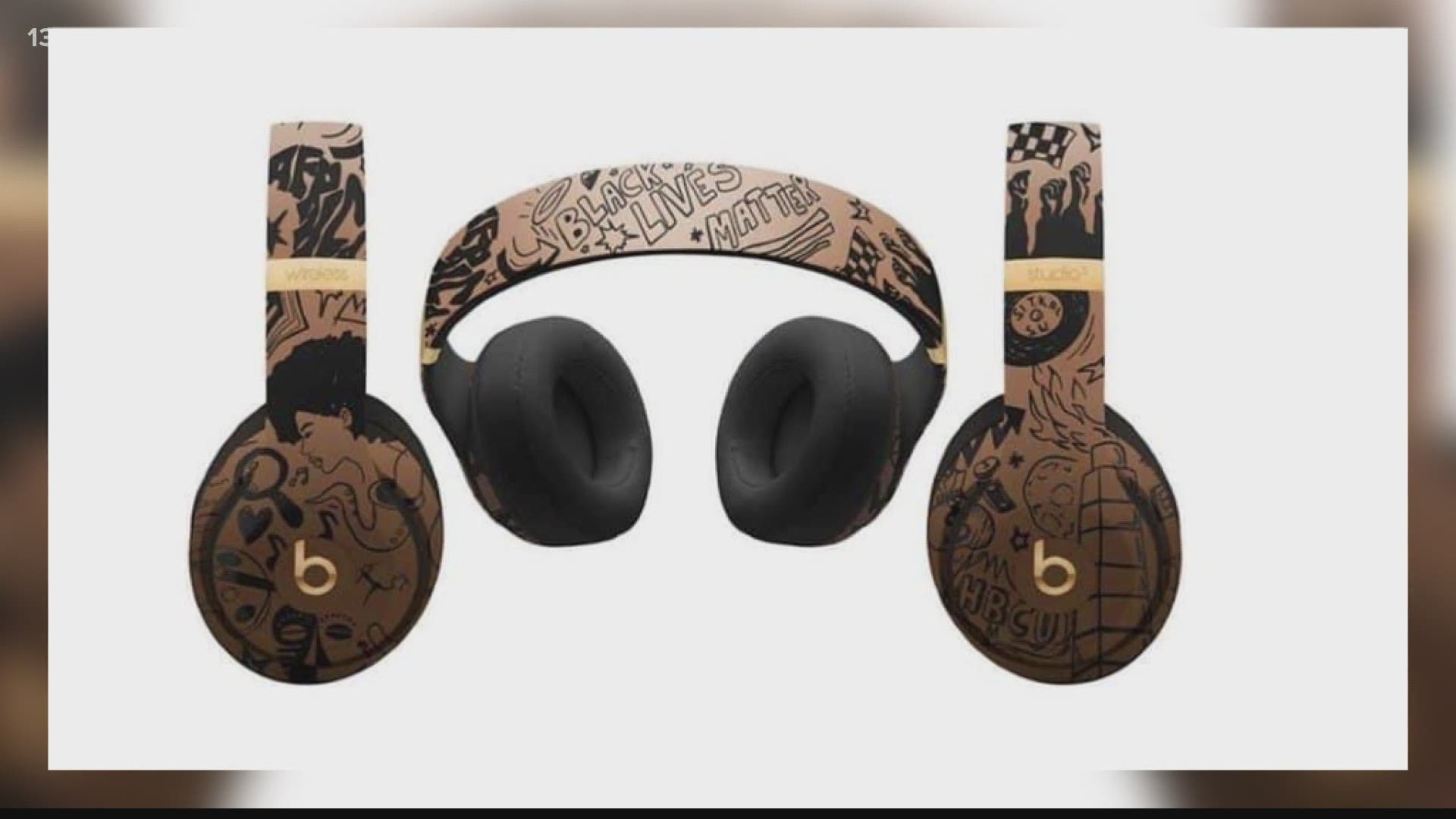 Last September, we told you all about Elijah Rutland, who designed Beats by Dr. Dre headphones.

Now, the limited edition headphones will be released in a really big way on Sunday.

NBA Allstar weekend is always an exciting time for the Rutland household. But what is happening this year makes it even more special.

"At the NBA All-Star game, all of the players will be doing their courtside interviews in the beats headphones that I designed," Rutland said.

Elijah designed these headphones while in the "Beats Black Creator" program.

"I also did another illustration for NBA that will be featured in the players locker rooms," he said.

Rutland says this moment is surreal, he can barely describe the excitement he's feeling.

He isn't the only one feeling the excitement.

"This is probably the biggest weekend of his life," his father said.

Charles Rutland says he never understood why Elijah stayed up all night, painting, in high school.

But now he says he realizes it was for moments like this.

"I understand that he was diligently pursuing his passion, and it was the right thing for him to do," Charles said.

Charles has a few words for Elijah before his big day.

"Son, I am so proud of you. You've done well, and you were right and I was wrong about pursuing art."

Elijah says that he wanted to create a timeless design that people would wear years from now, and he is confident he did just that.

The NBA All-Star game is Sunday night at 8 p.m.