County partners received the free, reusable bus passes to distribute to the homeless or those who need it on Friday. 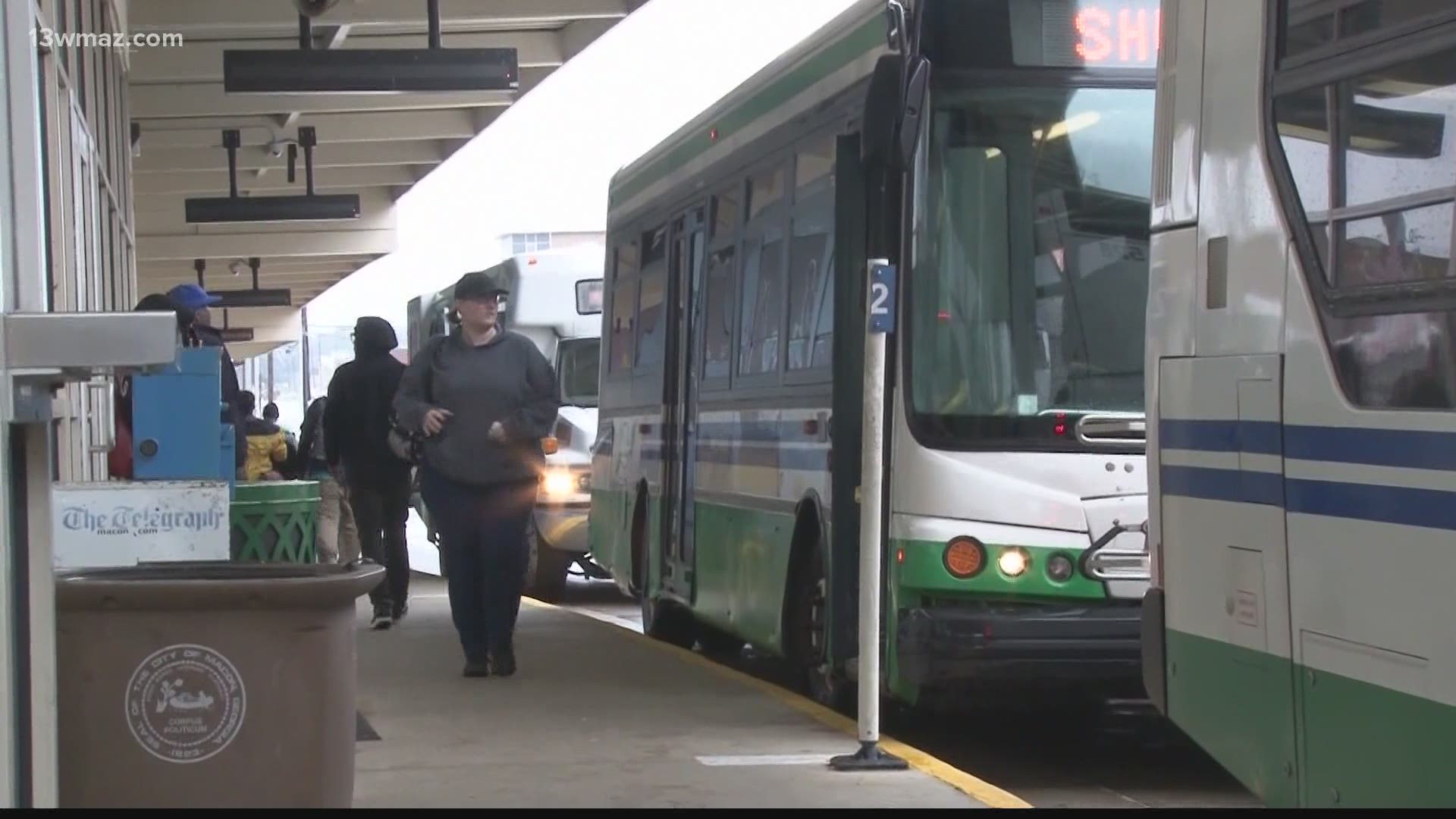 MACON, Ga. — With the temperatures dropping, there is an extra push from Macon-Bibb County partners to get as many people out of the cold and to the Brookdale Warming Center.

Right now, they are trying to get the word out about the center and get people there.

It's getting really chilly, and it's only going to get colder over the next couple nights. That's why the county says it's important to get people here who need this center. The key to this, though, is transportation, and that's why the Macon-Bibb County Transit Authority has stepped up to help.

Before now, it was up to deputies or volunteers to get people to the center.

The county hopes that more people who need the center take advantage of the center with free bus passes to get them there.

"We're trying to take away any barriers for that," said Steve Bell, the director of the Brookdale Warming Center.

"If there's a way to help and use our bus services for good, we're all about it," said Jami Gaudet, public information officer at the Macon Transit Authority.

On Friday, the county distributed free bus passes to different community centers, and we saw those passes in use.

Marshall Nelson was able to get a pass through Daybreak. He says he's been homeless for almost two years. He now has two jobs but is still working towards affording an apartment. Nelson says the Brookdale Warming Center will help him reach that goal.

"I'm close by my employment within walking distance, and the bus is here, so I feel fantastic," Nelson said.

The Macon Transit Authority says the Bellevue Block 1 Route, which runs from the Terminal Station to a stop close to the Center, will get people to the warming center if they have that pass.

"It's going on its regular Bellevue route. It will not stop at the warming station unless someone hands our bus driver one of those special passes. Otherwise, it bypasses it," Gaudet said.

If someone wants to leave the center and needs a ride, all they have to do is go to the bus stop at the corner of Napier and Brookdale.

"It's 60 cents for all adults, and our same under 13 is free for children," Gaudet said.

The last bus for this route leaves the Transfer Center at 7:55 p.m. on weekdays and 5:25 p.m. on Saturdays. Bibb County deputies can also bring people to the Center.

Now, the county wants to remind people this center is open 24/7 so people can stop by whenever.

The county says the biggest need will be volunteers to help run the facility, You can sign up by visiting the United Way of Central Georgia’s web portal at www.unitedwaycg.org/volunteer or by calling the Salvation Army at 478-746-8572.