When her best friend of six years needed a new kidney, Monique Dancy dropped the pounds to be approved as a donor and was a perfect match 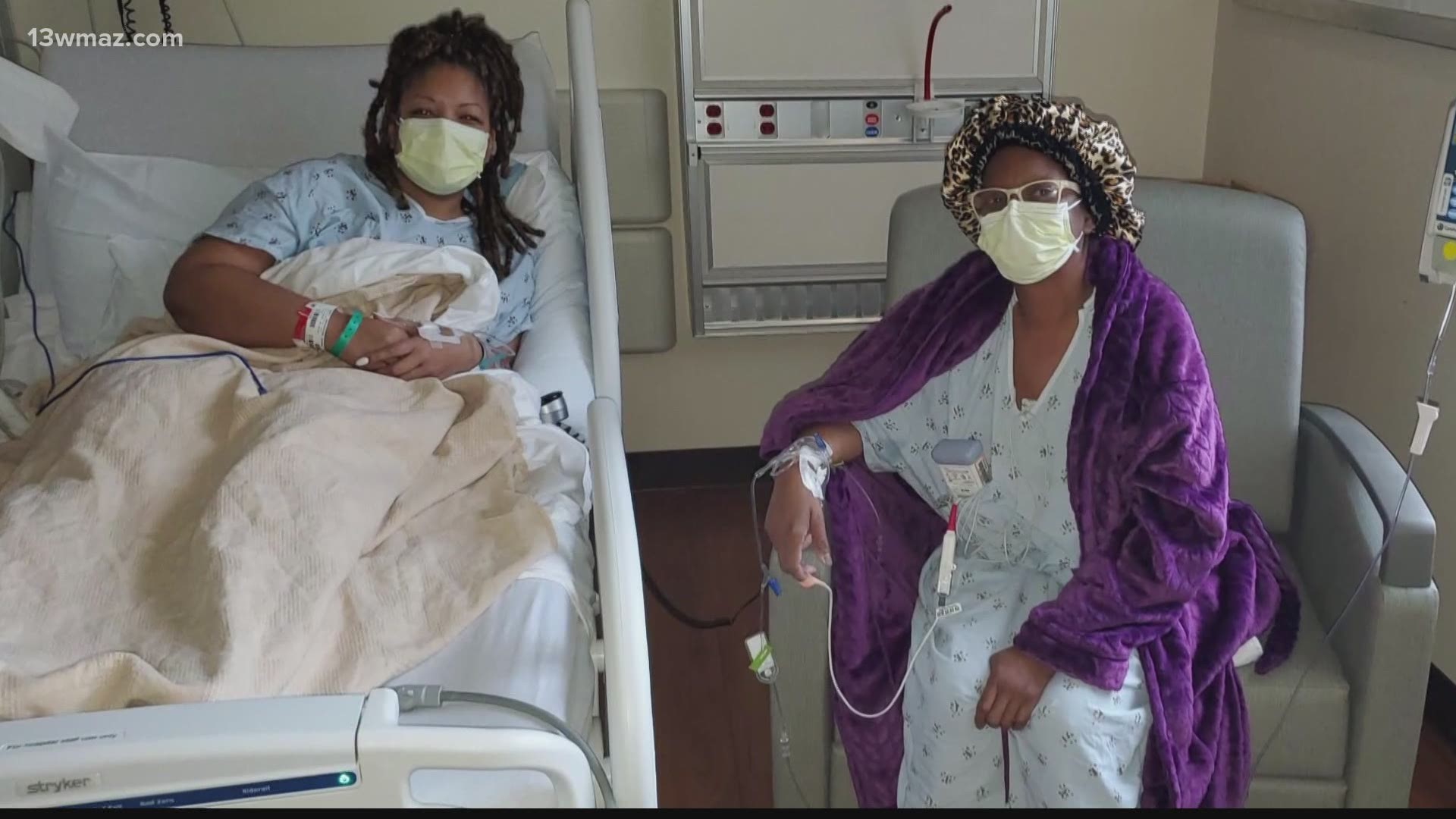 MACON, Ga. — Over the last six years, Monique Dancy and Sylvia Harris have been through a lot as friends.

Sylvia was there to comfort Monique when she lost her father and Monique was there when Sylvia's mother died in a fire last October, so it's no surprise the two continued to bond when Sylvia was faced with a medical crisis.

A 2014 biopsy revealed an obstruction from a previous surgery had triggered kidney disease. Things got progressively worse and -- around a year ago -- Sylvia realized she would need a new kidney soon.

“We were talking, just having casual conversation about it,” said Monique. “I was praying while we were talking that I would donate my kidney to her.”

“I didn't know in the middle of the conversation she said, she would, you know…she would donate to me,” said Sylvia.

Monique wondered if she was eligible to become a donor, and she was a perfect match, except for one hiccup.

“They told me, from the paperwork, ‘You are overweight for your height’” said Monique. “’Reach out back to us when you lose the weight,’ and I was like, ‘Oh wow!’”

Monique’s friend introduced her to personal trainer Will Butler, who'd help her reach her goals.

Butler, who operates under the name Will 2 Win Fitness, says he was hesitant to take on any new clients until he heard their story. He says it felt like divine intervention and he took on the challenge at no charge.

“The way things were just set up…it was amazing and a blessing for him to help me make it to this point that we are at now,” said Monique.

Butler agrees; “We were in a race against time for her life and that's something very precious.”

After 10 months of daily training at the gym and focusing on nutrition, Monique lost 35 pounds and got approved as a match for Sylvia.

It was a tough challenge, but Dancy says just the thought of improving the quality of life for her dear friend was all the motivation she needed.

“She became like my big sister. She's a big sister to me”, said Monique.

And that’s what friends are for.

The surgery happened on Jan 29 in Atlanta. Both Monique and Sylvia are at home resting. Monique says this past year has been a rollercoaster for her (she was sick with COVID-19), but she calls that a minor setback.

Barring any complications, they both expect to fully recover over the next three months.

Now, Sylvia Harris did incur a long list of medical expenses because of the surgery and various appointments.

If you'd like to donate money for those expenses, you can do so via GoFundMe, via PayPal or Zelle at harrissylvia59@yahoo.com or via CashApp at $sylviaharris223.