Truckers also told us that some types of perishable foods aren't being delivered as quickly as usual right now. 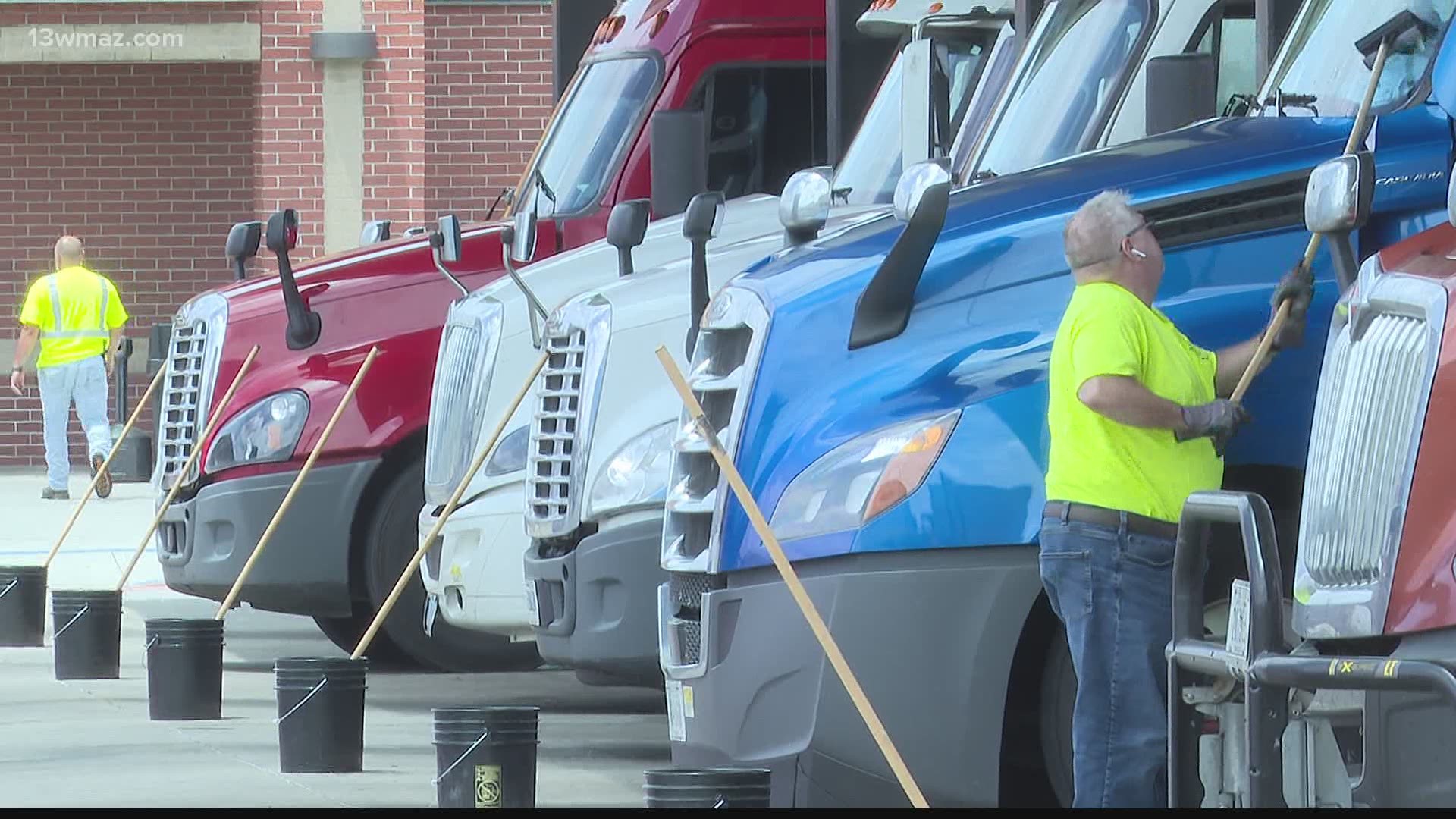 That's what one Texas-based company is offering because of a nationwide truck driving shortage.

One Central Georgia commercial truck driver instructor and a couple of truck drivers say this shortage could affect you.

Truckers say they're away from their families and on the road a little more than usual.

Marquan Marfan has been a truck driver for over six years.

Some days are better than others.

"Pros and cons," said Marfan. "Every day is different."

He just drove from Pennsylvania to deliver Tractor Supply tools to Macon.

Next up, he'll be driving home, although with so few truck drivers on the road, Marfan doesn't always have weeks like this.

"There's a lot of freight not being delivered because of the truck driver shortage," said Marfan. "It's more difficult to get home. Most companies will ask and require if you can just do one more load."

When the pandemic hit, many truckers left the industry because there wasn't as much product to haul.

Now, demand is back up, but with fewer truckers to haul products.

"There's only a certain amount of driving a professional driver can do at a time," said Commercial Truck Driver instructor Scott Wheeler with the VECTR Center in Warner Robins.

Wheeler says this is the result of not having enough instructors.

Wheeler said, "Right now, we have a backlog of students. We just don't have enough instructors. Part of the reason why instructors aren't applying is because they can make so much more money driving a truck."

According to American Trucking Associations, about 80 percent of all products are delivered by trucks, which affects every industry across the board.

Wheeler also said, "Fuel is one of them. You'll notice fuel is going up, and that's because when you have a shortage of drivers, it's also in the fuel delivery aspect there."

What does the trucker shortage mean for consumers?

Later this summer, maybe as soon as Memorial Day, you may be driving farther to fill up your gas tank.

Truckers also told us that some types of perishable foods aren't being delivered as quickly as usual right now.