When a student couldn't get a haircut, one teacher went the extra mile to cut his hair for free 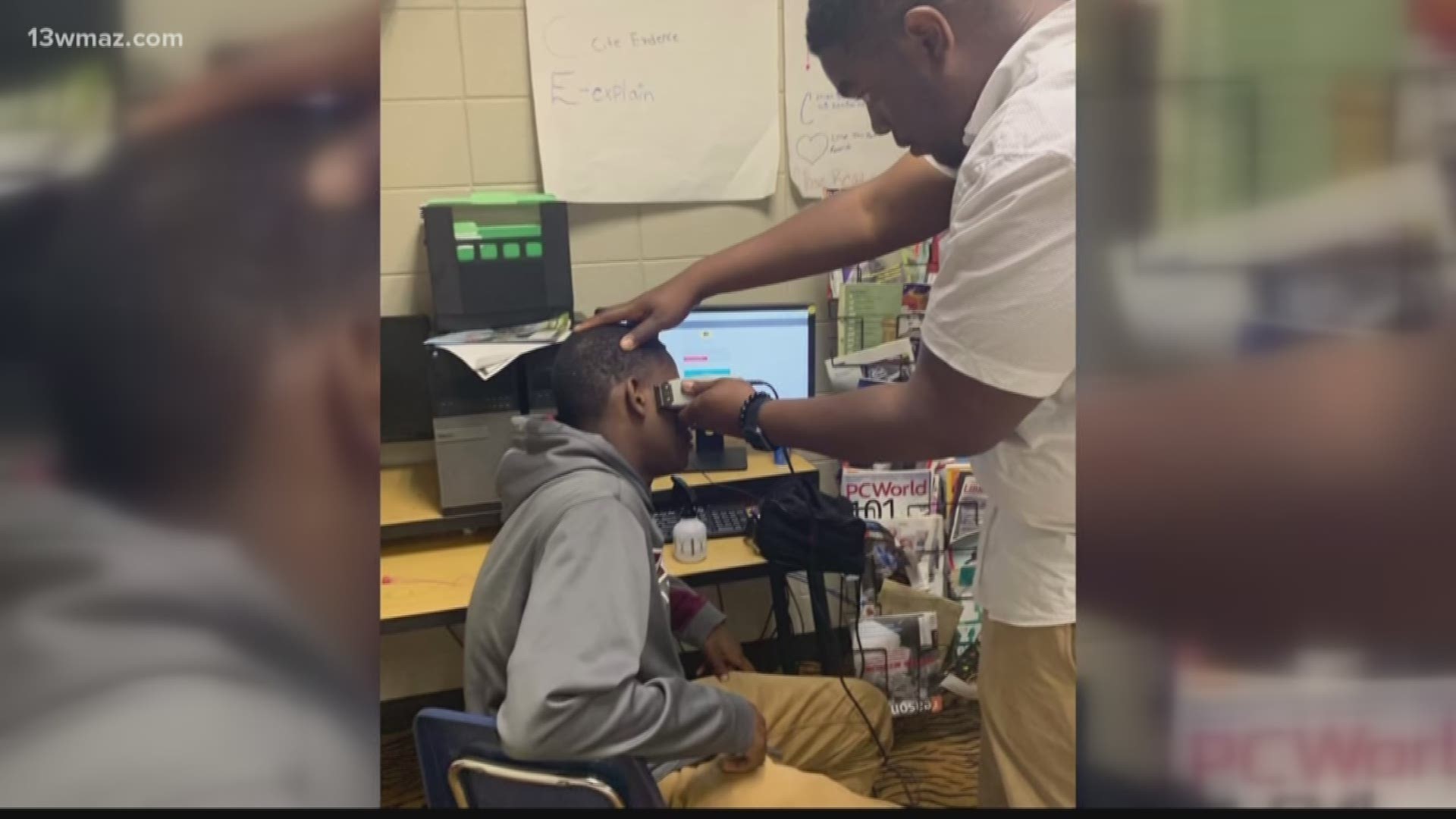 MACON, Ga. — One Bibb County teacher's post on Facebook has a lot of people talking for a good reason.

Major Jones teaches English at Ballard-Hudson Middle School but recently went above and beyond for a student.

Jones gave him a free haircut after other students teased him. Little did he know the post would set social media on fire for his random act of kindness.

For Major Jones becoming an educator was naturally right.

"Actually, my mom, she was a teacher for 30 plus years," Jones said.

Over the years Jones shadowed his mom in her element, and years later he's following in her footsteps.

"It took my heart away to help and motivate the students here in the Macon area," Jones said.

As a first-year teacher at Ballard-Hudson Middle School, Jones says one day he realized one of his students needed some motivation.

"Every day I would notice he would come in with his head down," Jones said.

Jones says the boy wore a hood every day, because he was getting teased by other kids.

Major Jones
"aye Mr. Jones I can't take off my hood cause they gonna pick on me" "Who? On me they won't" -today's work session included a quick taper fade to remove the insecurities and removing hoodies.....

"'Why can't you take off your hood for me?' He was like, 'I never get a haircut,' and after that it was like, 'Wow, I know that is something I can do,'" Jones said.

That's when Jones made a simple deal with the student.

"I cut your hair, no more hoodies, you do not have to worry about them talking about you," Jones said.

He says the next day the student stayed after school to get the free haircut, leaving his peers speechless the next day.

"Students returned back to class... and for the rest of the day nobody had anything to say to him," Jones said.

The selfless act got Jones more than 50,000 likes on Facebook.

While Jones is still letting things sink in, his students are excited for him.

"I was like, 'That's my teacher right there,' because he is my teacher, and it makes me feel good he is out here helping other students," student Alainna Ellington said.

As the school year comes to a close Jones says he want to keep uplifting his students.

"The students here, they want to be seen in a positive light," Jones said.