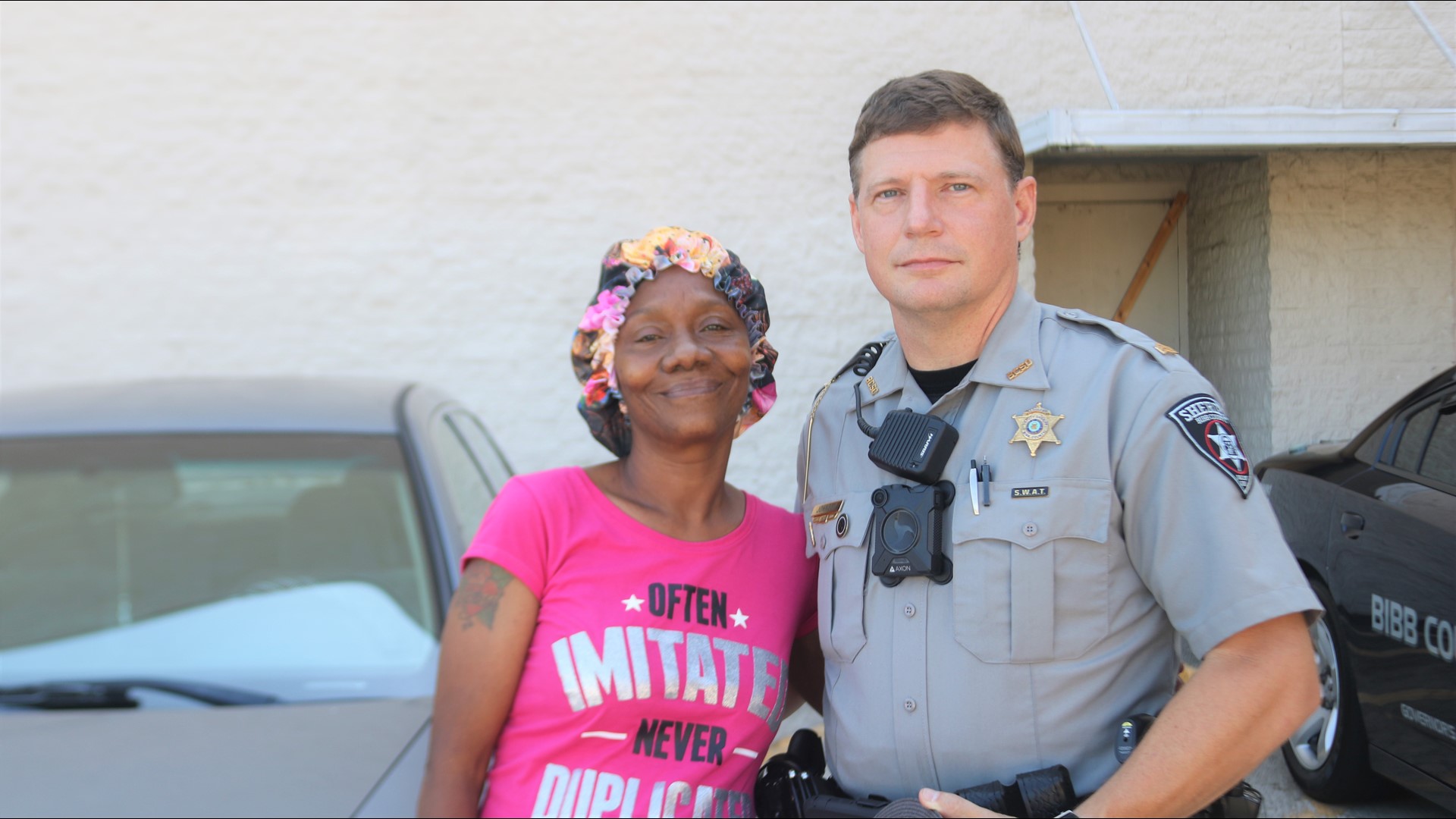 MACON, Ga. — One Bibb County deputy decided to pay it forward with a big surprise for a friend in need.

When Sgt. Jeffrey Johnson started working security at Victoria Dudley's apartment complex, he saw that Dudley's car was in need of some TLC.

"She explained that it was a hardship to get fixed and the car had been there for a little over two years," Johnson said. "It hit me that someone should do something to get her vehicle running for her."

That's why Johnson decided to have Dudley's car towed to his house so he could fix it.

Johnson ordered new parts and had the car ready to run in less than two weeks. He even paid to renew her tags.

"It's kind of hard for me to believe because it sat there for so long," Dudley said. "When I opened up the door and saw the car, I got to him and I had my arms out and just held him. I didn't want to let him go."

Seeing the car repaired had a significant meaning to Dudley, who purchased the car almost 10 years ago after her husband died.

Since meeting, Dudley and Johnson have become good friends.

"When it comes to Sgt. Johnson, it's an eternal feeling. It really blows my mind," says Dudley. "Not only is he a sergeant, he's a gentleman. He's a God-fearing man."

For Johnson, it's important to make sure law enforcement gets involved in the community.

"To be effective law enforcement, you have to roll down your windows and actually get out of your cars," Johnson said. "You can't be effective just by riding through communities and not saying hello."

While Johnson paid over $600 to fix Dudley's vehicle, all he asked in return is that she pay that kindness forward.

"If more people would help carry each other's burdens, I feel everything will be alright," Dudley said. "That's what we're supposed to do, love and help each other along the way."

RELATED: Family of 105-year-old Georgia woman asks for cards to celebrate her birthday