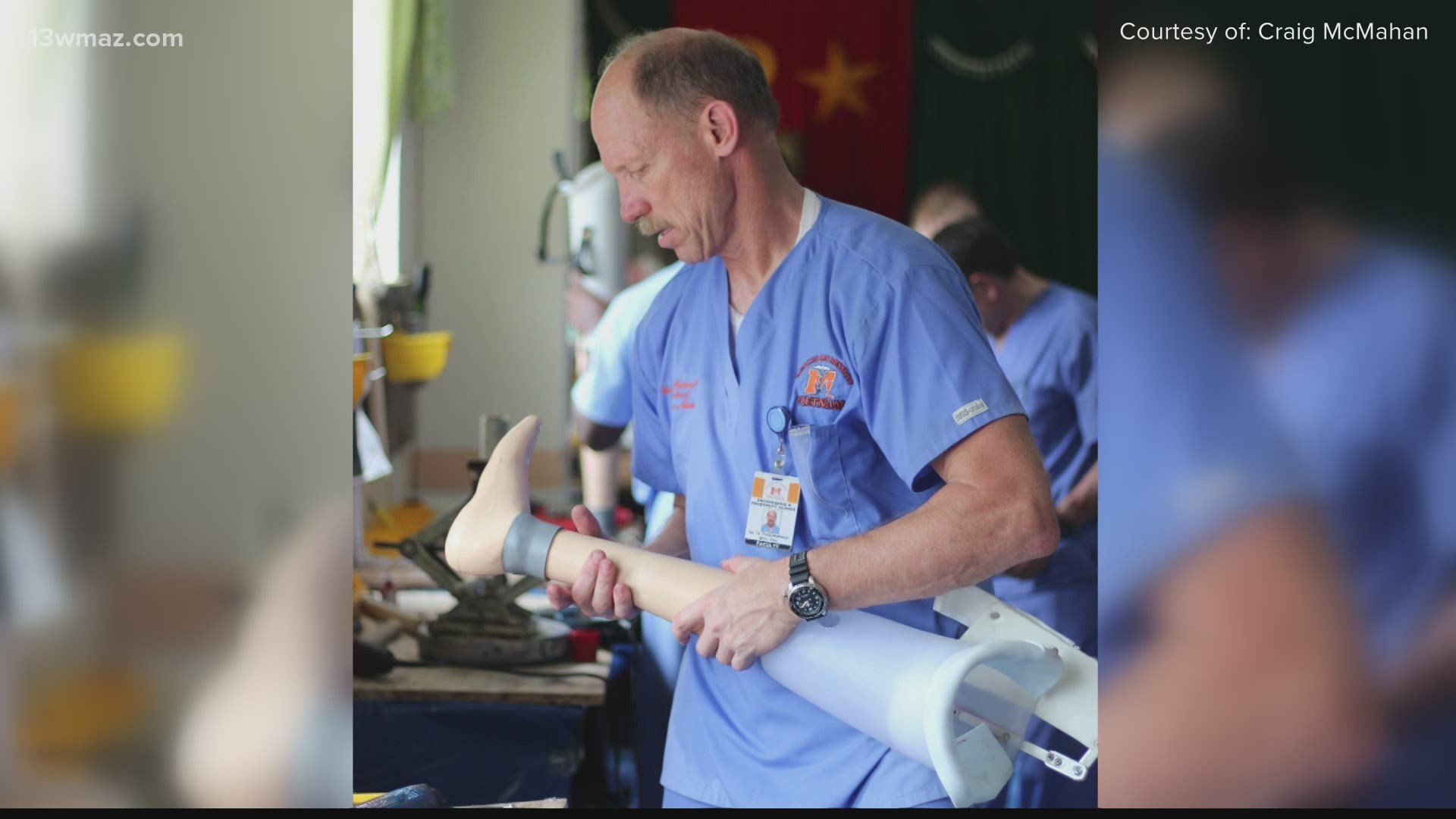 It's a gift to Mercer University and to people around the world -- $10 million to be exact -- and it will go beyond Central Georgia.

Craig McMahan and Doctor Ha Vo both have a personal connection to Vietnam.

"I was in line to go to the Vietnam War," said McMahan.

Vo said, "I was born and raised in Vietnam."

In 2005, they both started working at Mercer University.

That's when Vo told McMahan about this new prosthetic leg he was working on.

Vo said, "I see children, elderly, pregnant people crawl in the dust after the war. I was young, but I had a dream that one day, if I had enough knowledge, try to come back and bring people up so they can walk."

Then in 2009, their prosthetics leg program launched in Vietnam.

"That very first year, we hand-carried 38 prosthetic legs through the airport in big bags and we fit 38 people," said McMahan.

Out of all the people they've served, Vo remembers one the most.

"He said, 'I couldn't go anywhere. I couldn't do anything. I wanted to take my own life, but now you've given my life back,'" said Vo. "That is the most rewards, most happiest moment in my life."

However, they really reached a peak.

That's when the Phil J. and Alice S. Sheridan Foundation committed $10 million to endow The Sheridan Center at Mercer.

This center will allow them to continue helping the people of Vietnam and beyond.

McMahan also says Mercer On Mission will now create double the number of prosthetics in a year.

Right now, they don't know when they will be traveling back to Vietnam.

Mercer On Mission also plans to use the money to build a new prosthetics lab, and they hope to work with Columbia and Cambodia in the near future.