Officers performed a PIT maneuver to stop the car. 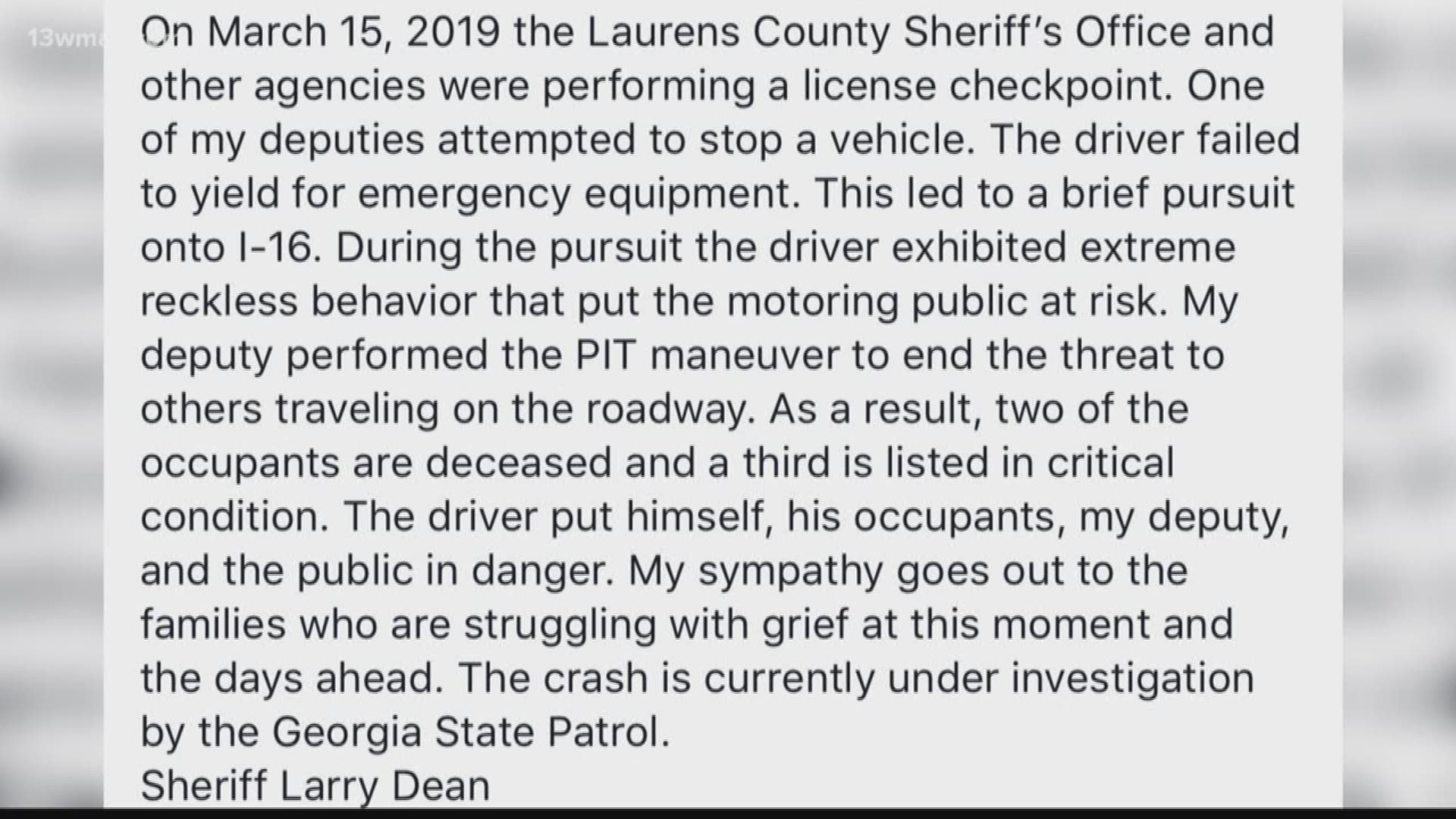 Deputies say they were performing a licence checkpoint with other agencies and when they attempted to stop the car and the driver failed to yield.

This led to a brief chase down I-16. Deputies say they then attempted a PIT maneuver to stop the car to prevent it from hitting other vehicles.

Laurens County Sheriff Larry Dean says as a result, two of the three people in the car were killed. The other is in critical condition.

Georgia State Patrol is continuing to investigate. The names of the victims have not been released.

RELATED: Just Curious: How did Dublin get its name?