'It's heartbreaking:' Motorcycle fatalities on the rise in Macon-Bibb County

So far this year, motorcycle fatalities statewide are running just slightly behind the first three months of 2020. 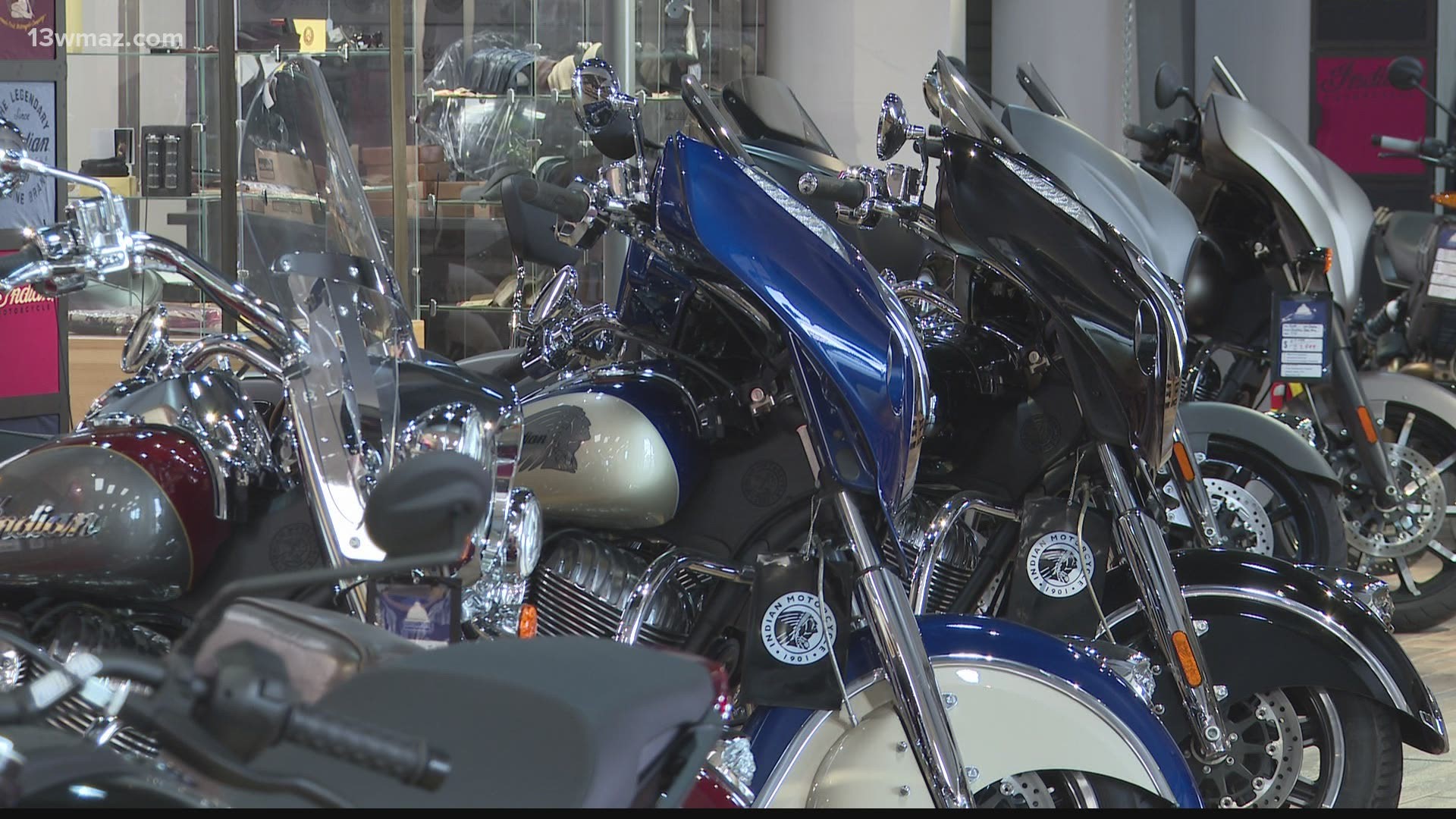 MACON, Ga. — A fatal accident involving a motorcycle Tuesday night was the fifth motorcycle fatality in the county in the first three months of 2021.

Renata Outlaw has been riding "Painkiller" for more than 10 years.

"This is my baby," said Outlaw.

At first, she just wanted to ride, but now, it's a passion and a family.

Outlaw said, "It's bigger than just riding your bike. You're meeting other people. You're growing on other people, so you're adding to your family."

So far this year, motorcycle fatalities statewide are running just slightly behind the first three months of 2020.

However, Macon-Bibb County has averaged just over four motorcycle fatalities a year over the past six years, and they've already exceeded that just in the month of March.

Director of Law Enforcement Services for Governor's Office of Highway Safety Roger Hayes said, "As the pandemic has hopefully drawn down a little bit, there is more people out as well, getting out of their house and getting their vaccine."

However, Outlaw says it's not just because of the pandemic.

She says it's also because people aren't aware of bikers on the road.

"Drivers don't understand that if you're at a stop -- they say look twice, but I say look four times," said Outlaw. "It only takes a few seconds just to look back and forth to see."

Outlaw also says it could've been her, asking for people to focus on the road and not on their cell phones.

With all of the recent losses, the Middle Georgia Biker Coalition is going to host a Biker Blessing and Safety Awareness event at Capitol Cycle on Mercer University Drive.