Macon-Bibb County I-16, I-75 lane exchange causes confusion | What you need to know

To avoid accidents and to avoid traffic back-ups, just make sure you're watching and that you budget a few more minutes for your commute. 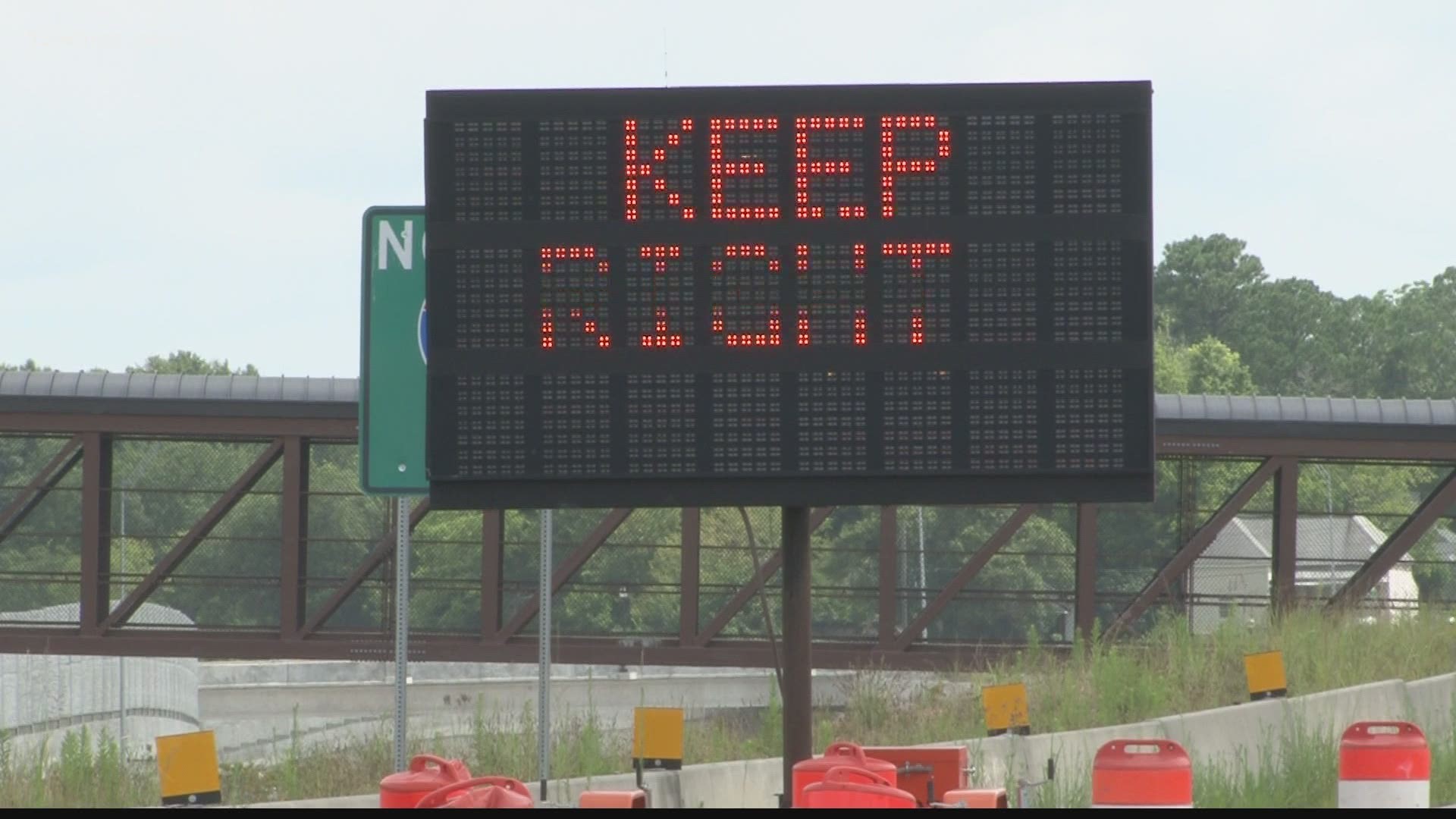 Now, the latest changes in the I-16, I-75 Interstate project have many of you talking back to us, and some of you are still confused.

Mark DuBose on Facebook said, "This change definitely screwed me up this morning going to work in the dark."

Debbie Hines said, "I'll just be glad when it's finished!!!"

Lastly, Latrellis Dent said, "Someone might need to correct this sign. Folks not familiar will be confused and think that I-75 will take them to Savannah."

We hit the road to show you what you need to know.

Navigating an active construction zone can be confusing, so we wanted to show you the view from the road.

For those of you heading south on I-75, into Macon, you'll soon cross paths with this major lane change.

When you're coming down I-75 South, you start to see a couple of new signs where the construction is underway.

Some of the signs above read "I-75 to Savannah," but that's not correct.

I-75 South's lane was switched, but the signage wasn't, so that won't take you to Savannah.

If you want to go to I-75 South, you'll merge into the left lane and follow the construction signs.

In other words, the I-16 exit has moved from the left side of the highway to the right side, but, again, I-16 remains the highway that takes you to Savannah.

Penny Brooks with the Georgia Department of Transportation says they understand the sign problem and ask for your patience.

Brooks said, "Before this weekend is out, the Savannah parts of the sign will be taped over and they do plan on having a whole new sign by the end of the years."

Now, this lane switch is permanent, so the good news is you'll always stay left to continue on I-75 South and go right to merge onto I-16.

To avoid accidents and to avoid traffic back-ups, just make sure you're watching and that you budget a few more minutes for your commute.

If you've taken the wrong way, Brooks asks that you just keep going, take the next exit, and turn around.