The Buzzell, Welsh and Hill law firm awarded Adrian Thomas, Jr. $2500 for his essay on a new driving law that could help teens behind the wheel 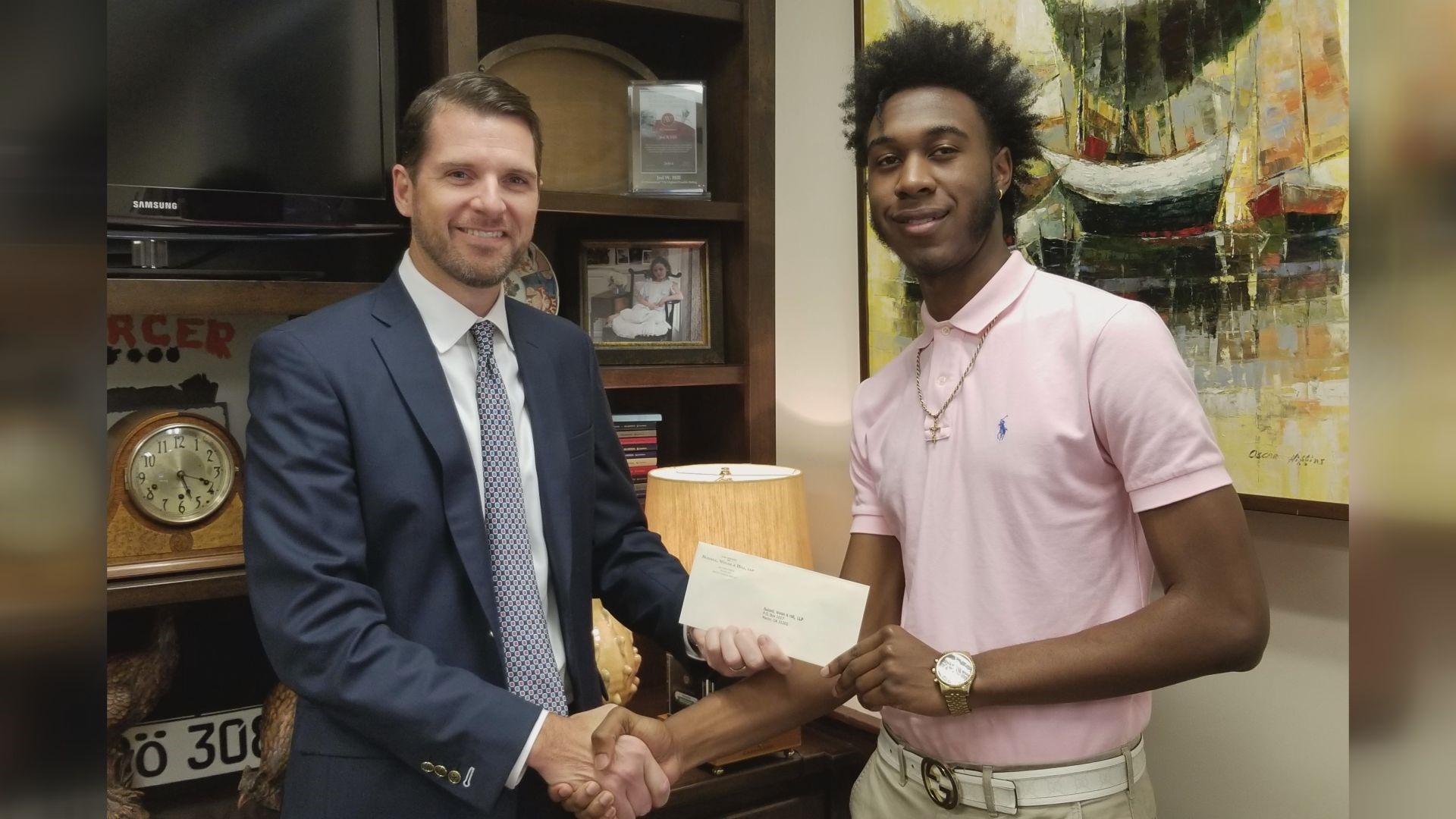 "A friend of mine was in a car accident and that's the first time I ever had to experience anything just the thought of a friend of mine being gone," he said.

When the opportunity came for him to address it, he did not hesitate.

"I was like this is something I really need to focus on," Thomas said.

It was the the first $2,500 scholarship essay competition for Macon's Buzzell, Welsh and Hill law firm.

"The topic of our essay that we proposed this year was to create and write a law that would reduce the number of automobile accidents," Attorney Jed Hill said.

"What I did with this was make Driver's Ed a high school graduation requirement, because a lot of the kids I talk to at the school at UGA told me that they either didn't have driver's ed or they had to pay for it," Thomas said.

Seth Massey from Georgia's Driving School says many students pay for an outside driving school to get the hours needed and complete the alcohol and drugs awareness program.

"Currently in the state of Georgia, it's not mandatory as a graduation requirement to do driver's education. It's $425 total for the 30 hours of classroom, six hours behind the wheel driving, plus the ADAP," Massey said.

Taking the driver's education course could be less costly in the long run.

The state department of driver services says insurance companies can offer cheaper automobile insurance premiums to those who complete a driver's education course.

Thomas says that is an added bonus for young drivers if the course itself was free.

"It being offered at the school really gave me the opportunity to get my license as early as I could, to learn the rule books, to learn the rules of the road and to just help me further in the future," Thomas said.

Thomas is the first in his family to go to college.

Hill says they plan to continue the scholarship essay competition every year.

They will start accepting submissions in May.