The county has approved $50,000 to spend on the train but needs more money to fully restore it. 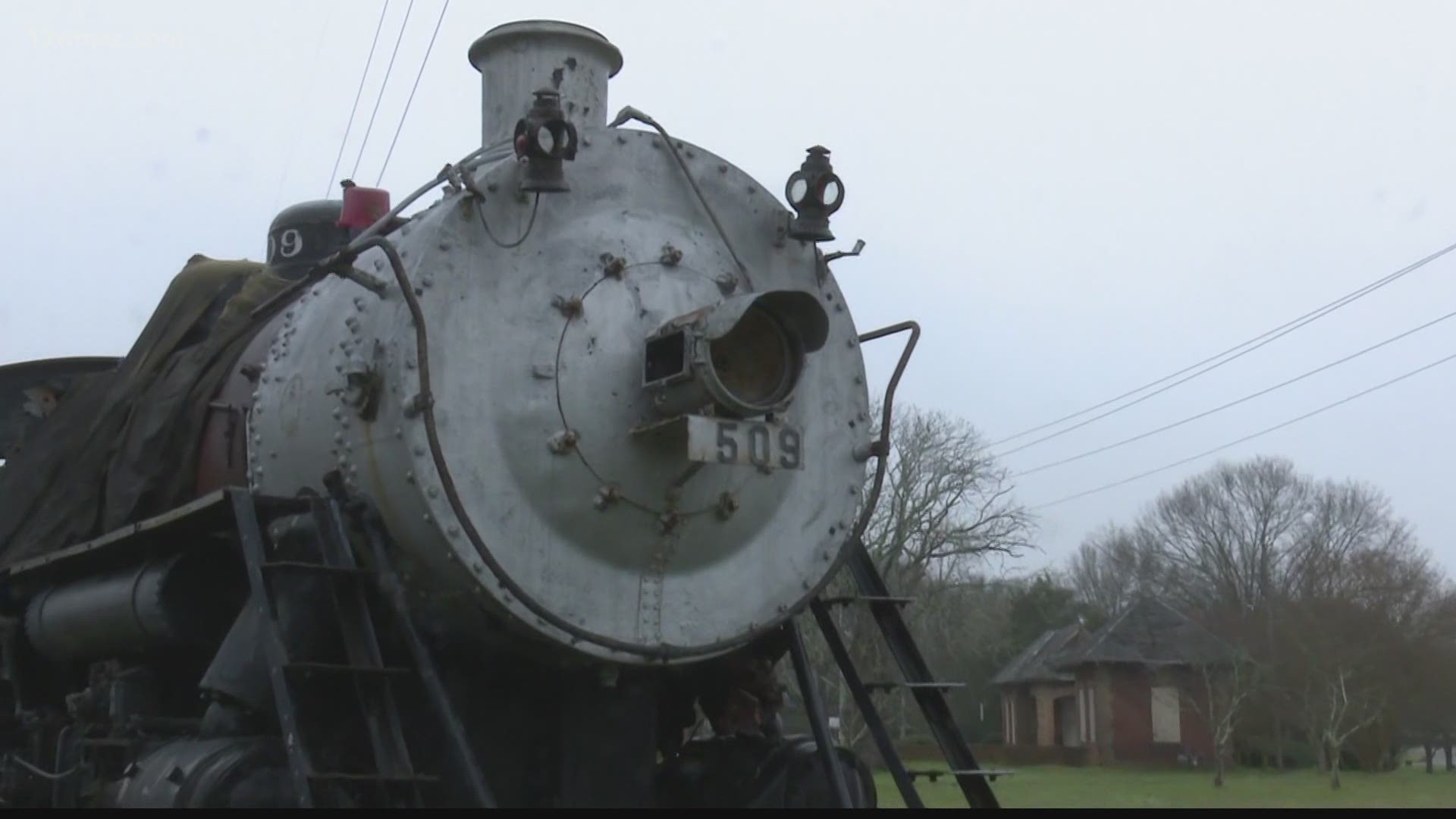 MACON, Ga. — A steam locomotive near downtown Macon is one step closer to being fixed up, but the county needs more money to fully restore it. Benny A Scott served as one of the first Black locomotive engineers for Southern Railway, according to Norfolk Southern. Over the years, his son Chico Scott has watched the train rust.

In 2019, we introduced you to Chico Scott. Scott reached out to us upset about the condition of this train his father Benny A Scott worked on. Scott says the steam train is not a welcoming sight for people visiting Carolyn Crayton Park.

"It looks terrible and for someone to come here, that does not look good for Macon-Bibb County when that happens," Chico Scott said

Benny Scott spent more than 40 years working on the railroad. Scott says his father shoveled coal, worked as a fireman, conductor, and even made history.

"He got his first turn, becoming the first Black here in the Southeastern United States, being the first local engineer for Norfolk southern

Now, county commissioners are trying to restore the train with $50,000 from their fund balance. That gives Scott hope for his dad's old steam train.

"So finally we can get some rust taken off the engine and taken off the coal chute and get some real true paint. I know it is not going to look like it was in 1937, I am aware of that," Scott said.

County spokesman Chris Floore says 'informal quotes' show they will need more money for the project. Right now, the county has not set a timeline for restoring the steam engine

"Please, Macon-Bibb County commissioners, if it is in your heart, please get started on this," Scott said.

Floore says commissioners will continue to discuss ways to fund the project.