Miller says the county wants to turn this into a transitional facility where residents go through phases until they ultimately become independent. 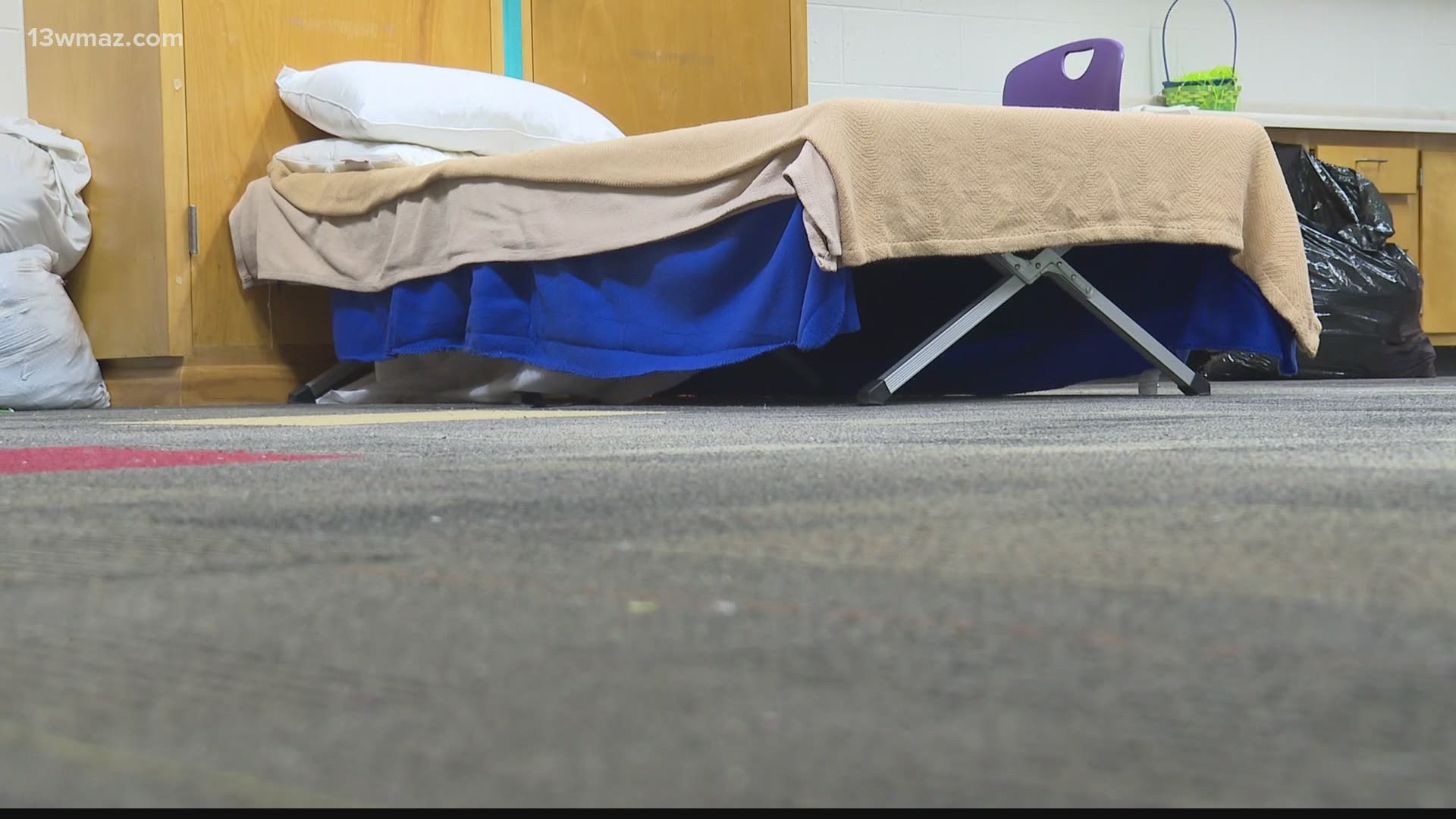 MACON, Ga. — Mayor Lester Miller says the county is looking at ways to keep the Brookdale Warming Center running for years to come.

The center was originally supposed to be a short-term solution to help get people out of the cold after two homeless men froze to death in late December.

Miller says since they opened the facility, they've seen the positive impact its made and the success stories coming out of it, so they're now trying to turn this temporary solution into more of a permanent one.

Riccardo Turner has lived at the center for about a month. He says it's given him a place to sleep and three meals a day, but more than that, he says the center has given him hope for the future after around seven years of being homeless.

"Employed. Housing. My own housing. Just a new start at living. No more issues or worrying about being homeless," Turner said, listing his goals.

But for the next few weeks, he says he'll need the center's resources to achieve that. Turner says that's why he's glad to hear the county is working to keep the center open.

"We knew this could be transformational not only for their lives but also the community," Turner said.

"So the residents there can wash their own clothes as well as being able to wash the sheets and covers that they have there," Miller said, adding that this will teach life skills.

The mayor says he plans to secure around 15 years of funding for the center.

"Our long-term plan needs to be sustainable, meaning we have to be able to pay for it each and every year without that resulting to taxpayers," Miller said. "I think we have a plan to do that."

Miller says the county hopes to use funding from the American Rescue Plan to keep the doors of the center open long term, but but he says they're still waiting on federal regulations about how to use the money. He also wants the county to start a partnership with a private third party group and nonprofits.

"We want to set a board up to oversee all this and have a third party run this," Miller said.

Miller says the county wants to turn this into a transitional facility where residents go through phases until they ultimately become independent.

"We want you to get a job, get housing, have possibilities," Miller said.

Miller says even after they finalize a long-term plan, the center will still need volunteers and donations.

Steve Bell, the director of the Warming Center, says they do need more volunteers to help run the center as well as donations like new pillows, men's and women's underwear, and 55-gallon trash bags.