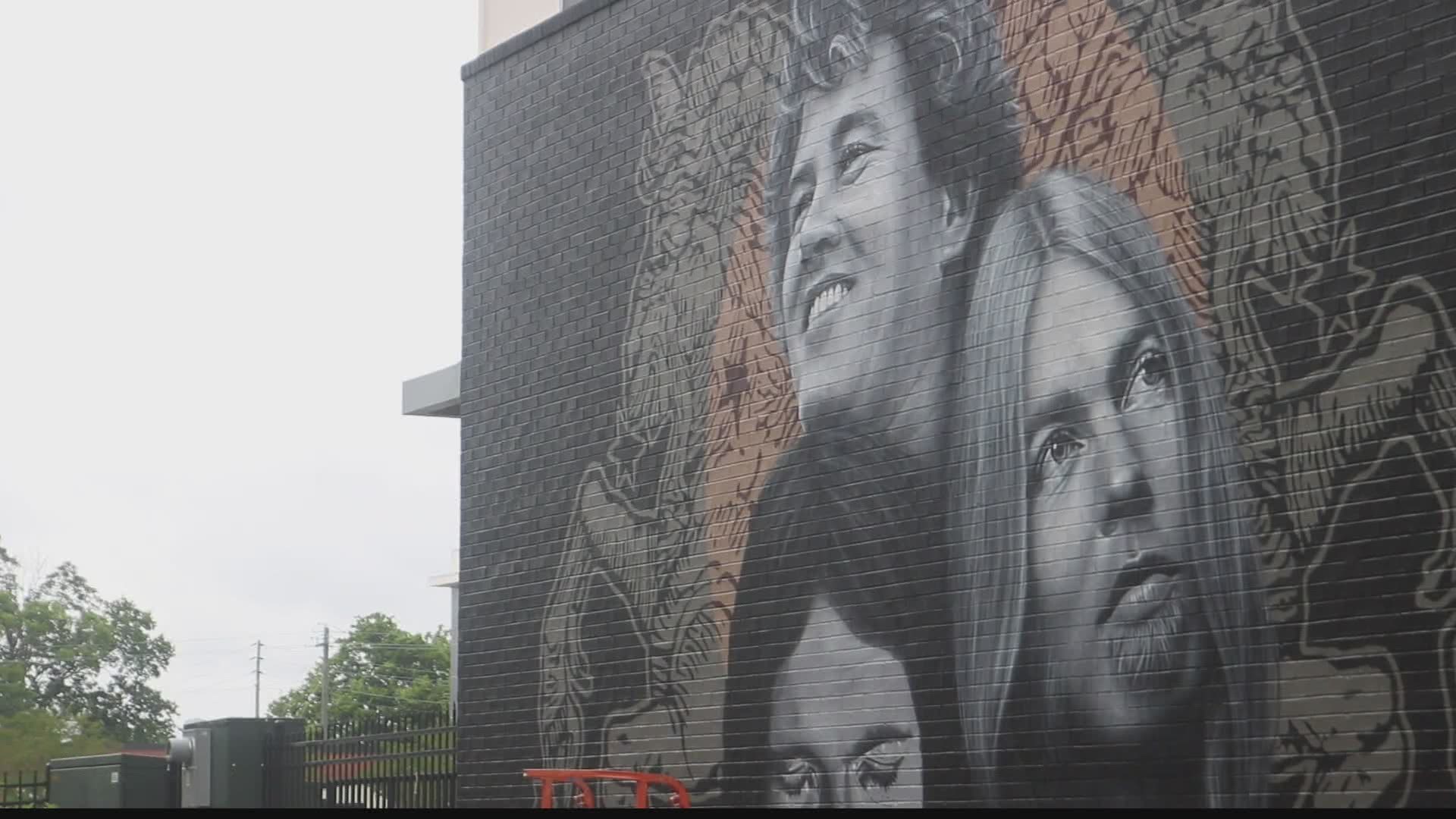 MACON, Ga. — The folks at Capricorn Sound Studios have found one more way to celebrate the legends behind Macon's musical history.

After seeing his work on the Little Richard mural at Society Garden, Sierra Development president Jim Daws reached out to graffiti and mural artist Jeks about a new project.

After planning and designing, it took the artist a little over a week to finish the larger-than-life project.

"I'm really thrilled about how well it turned out," says Daws. "I just hope that everyone enjoys it."

The mural features hyper-realistic depictions of Phil Walden, along with brothers Duane and Gregg Allman.

Behind the portraits is a large illustration of the Capricorn goat and constellation.

Daws says that, with the mural complete, the alleyway where it sits will be given a beer garden atmosphere for public and private events. And he isn't the only one excited about the new mural.

Capricorn museum manager Bob Konrad watched the art piece come together over a matter of days.

"The photo-realism and the detail in it is absolutely beautiful," says Konrad. "Everyone that's walked through the doors has been really excited to see the completed mural."

Konrad says museum tour guides can use the mural to emphasize the history behind Capricorn Sound Studios.

The mural can be seen from the sidewalk in front of Capricorn Museum and Sound Studios.

You can find that at 540 Martin Luther King Jr. Blvd. in downtown Macon.