'We're sorting through it': Bibb County hoping to resolve trash pickup issues within next 30 days 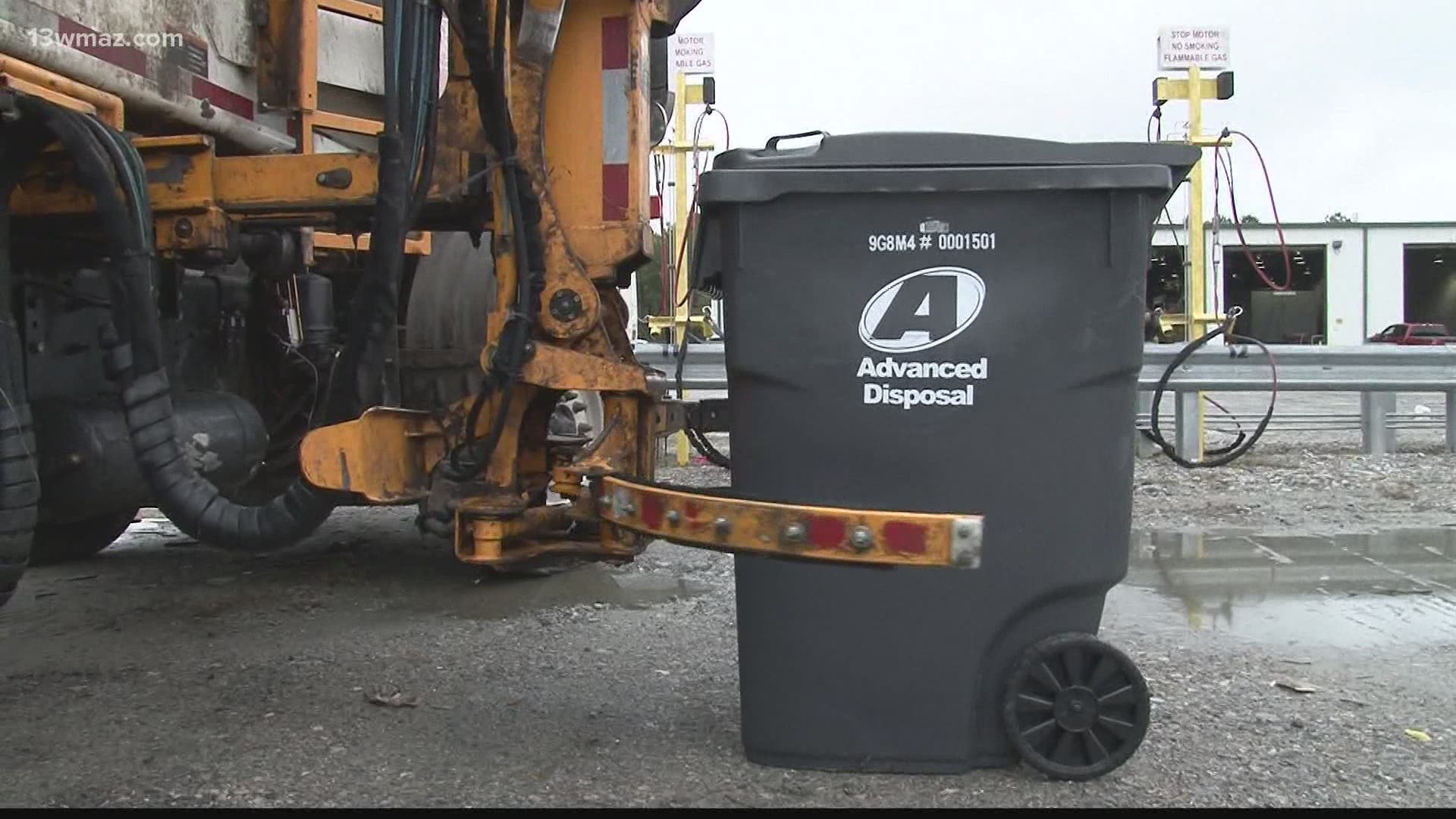 MACON, Ga. — For weeks, Macon residents have been having problems with recycling pickup, and with slow collection after Memorial Day, trash pickup is now added to the pile of complaints.

"My biggest call every day is about trash, whether their trash didn't get picked up or the limbs weren't picked up, or they missed recycling or whatever," said Howell. "The big point is, we are getting this handled."

As time goes on, she's even more frustrated about not receiving a service she is paying for.

She said, "How can you legally collect quarterly fees for trash pickup without rendering the services?"

Howell says they are working to get things back on track.

Howell goes on to say, "I know people are concerned and I've seen the comments on Facebook about a refund. That's $60 quarterly, which comes down to about $5 a week. We're working on this. Everybody's having help issues, including Waste Management, but we're sorting through it."

Howell also said Waste Management has been hiring new employees, increasing salaries and signing bonuses, and when it comes to yard waste, they've temporarily helped by picking up limb debris.

Smith said, "I'm appreciative for the job they do. I really am. I understand that when the pandemic hit, we all had to adjust, so if my trash is one day late, it's not the end of the world."

Howell said, "Waste Management worked overtime. They worked through the holiday. They are doing all they can. They understand the problem. They're working every day to solve the problem, too."

Mayor Lester Miller says he is hoping the issue will be resolved in the next 30 days.

Any CDL drivers and diesel technicians who remain employed for at least 12 months can earn a $5,000 bonus, according to Marla Prince with Waste Management.