Glisson says the project could take up to eight weeks to complete. 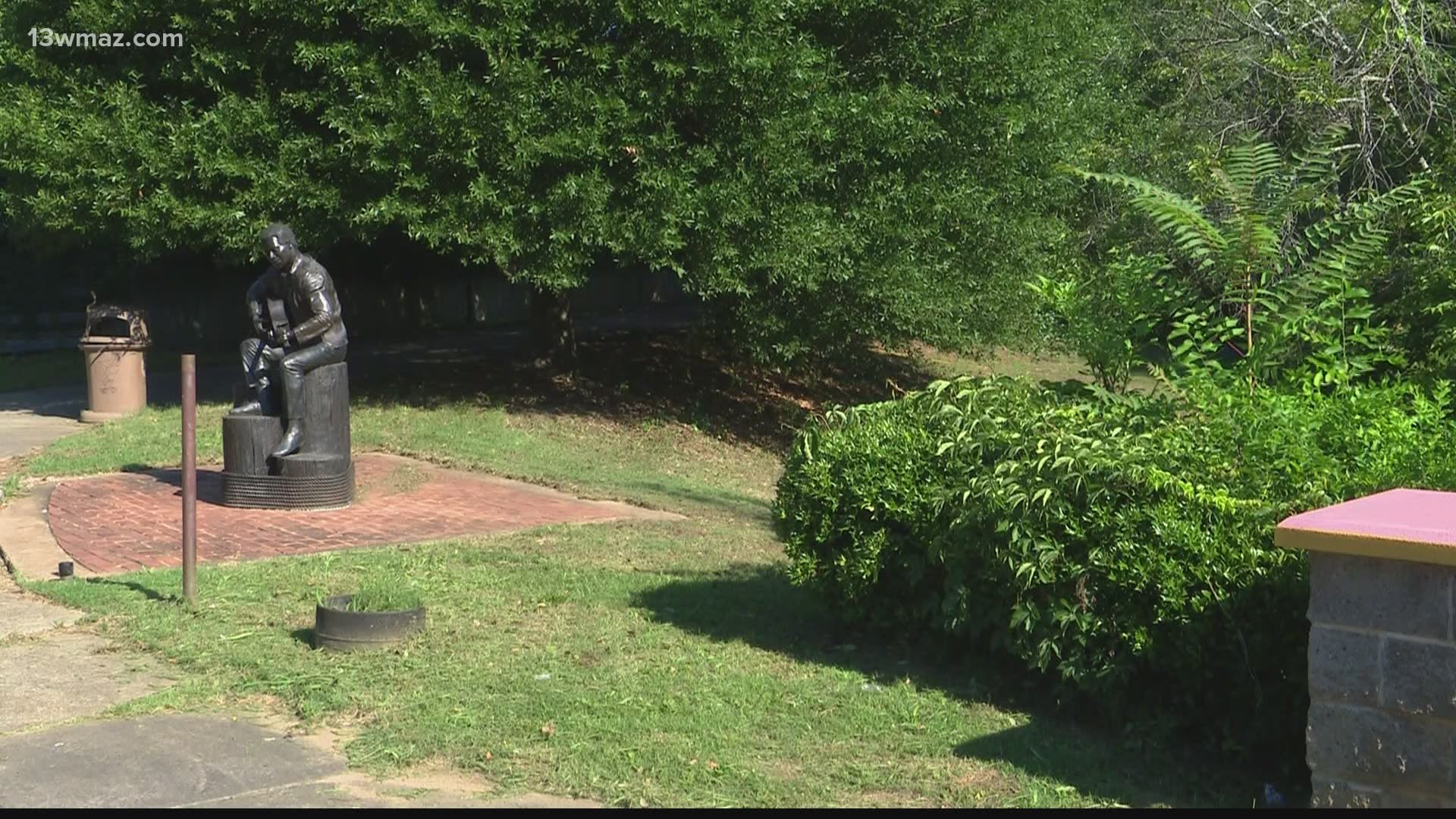 MACON, Ga. — The Macon park that houses the famous statue that was the answer of a "Final 'Jeopardy!'" clue last week is going to see some big changes.

Its main feature is the famous Otis Redding statue.

Every morning since last April, Larry Tomlinson has brought his bike to Amerson River Park to ride down the trail.

"I do it every day. It's beautiful weather -- I even come in the cold," Tomlinson said.

Jonathan Taylor and his girlfriend, Rebecca Stewart, run the trail at Amerson Park about four times a week.

"I really love it here. It's always clean and fresh," Taylor said.

Tomlinson, Taylor, and Stewart all have one thing in common -- they are all in favor of new scenery.

"Honestly, I've seen this park so many times, so something new would be nice," Stewart said.

"We do 20 miles going round and round the park, but it would be great to go 20 miles in a straight line towards the Ocmulgee," Tomlinson said.

Luckily for them, that is in the works.

"We are looking to renovate this park within the next month or so," Michael Glisson said.

Michael Glisson, Macon-Bibb County Parks and Beautification Director, says he remembers how people used the park as a gathering spot to listen to music and enjoy themselves about 20 years ago, but says that is no longer the case.

Now, you have to cross through construction and there's no place to park.

"We want to encourage people to use Coleman Hill, Washington Park, or places like that for events and kind of use this as an entryway into downtown and other sections of the trail," Glisson said.

The Ocmulgee Heritage Trail is part of a plan to tie together Macon's entire trail system starting here.

"The Macon Art Alliance is possibly going to help us with some artwork on the bridge. We're going to kind of do away with the fountain over there and make this a grass lawn with nice trees," Glisson said.

There are also plans for the famous Otis Redding statue.

Glisson says the statue is being removed so that it won't get damaged from construction and will soon get a new home.

So far, the Redding family hasn't decided where that will be.

Glisson says the project could take up to eight weeks.They won't know the cost until they bid out the work.

Hidden History: The 'iconic landmark' that employed some of Georgia's most well-known musicians