It took people about an hour to get all the way through the site, but they say it was easy 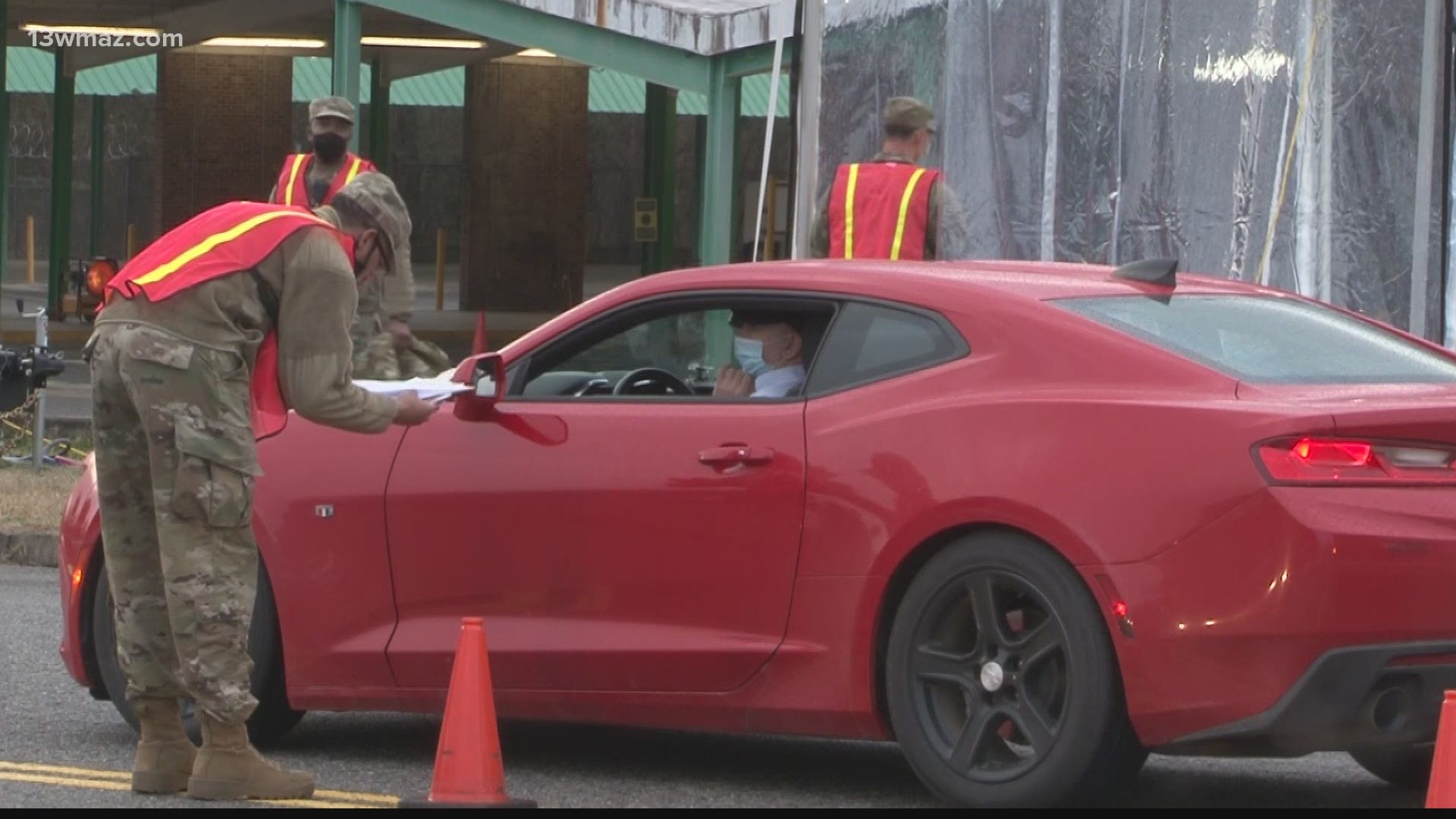 MACON, Ga. — One of the four state run mass vaccination sites opened today in Macon. Each site will begin vaccinating about 1,100 people a day with a total of 22,000 per week.

The gates opened at 8 a.m. Monday for those in the Phase 1A+ group to get their Pfizer vaccines.

"I'm relieved I got the first one out of the way. I'm halfway vaccinated," says Cassandra Hollings from Macon.

From check in to leaving the site, she says the process took about an hour and a half.

John Snow and his wife tried to get an appointment at the Atlanta site, but it was full, so they drove down to Macon.

"We're pleased to finally get it because it is in short supply," says Snow.

"Around 7:30, our customers started rolling in and have had a steady flow since then," he says. "Everything seems to be going as planned with a few minor hiccups that we expected to have."

He says they have had some people come through who didn't understand the QR codes you need to scan when you come for your appointment, but they have people checking you in that can help.

Gina Garcia drove a car full from McDonough for their appointment. They arrived two hours early.

"They're excited. We've been waiting for a while because they actually live in the Dominican Republic and they don't want to leave until they get their vaccine shots."

Hollings says from making her appointment to getting her shot, it was easy.

She says the process was better than she expected.

"I thought it would be a little bit more complicated, but it's not," she says. "It was really nice. It was very nice and polite people, so it was great."

Ritter says they're booked through Wednesday as of now, which is 1,080 people coming in per day.

He says as the team gets a feel for all the moving parts, the line should move a little faster. On Monday, he says it was taking people about an hour to move all the way through.

Remember, you must have an appointment to get your shot.

You can schedule that appointment at myvaccinegeorgia.com