Bibb County is trying to come up with a solution after a federal agency cited them for more than 40 violations of federal stormwater rules. 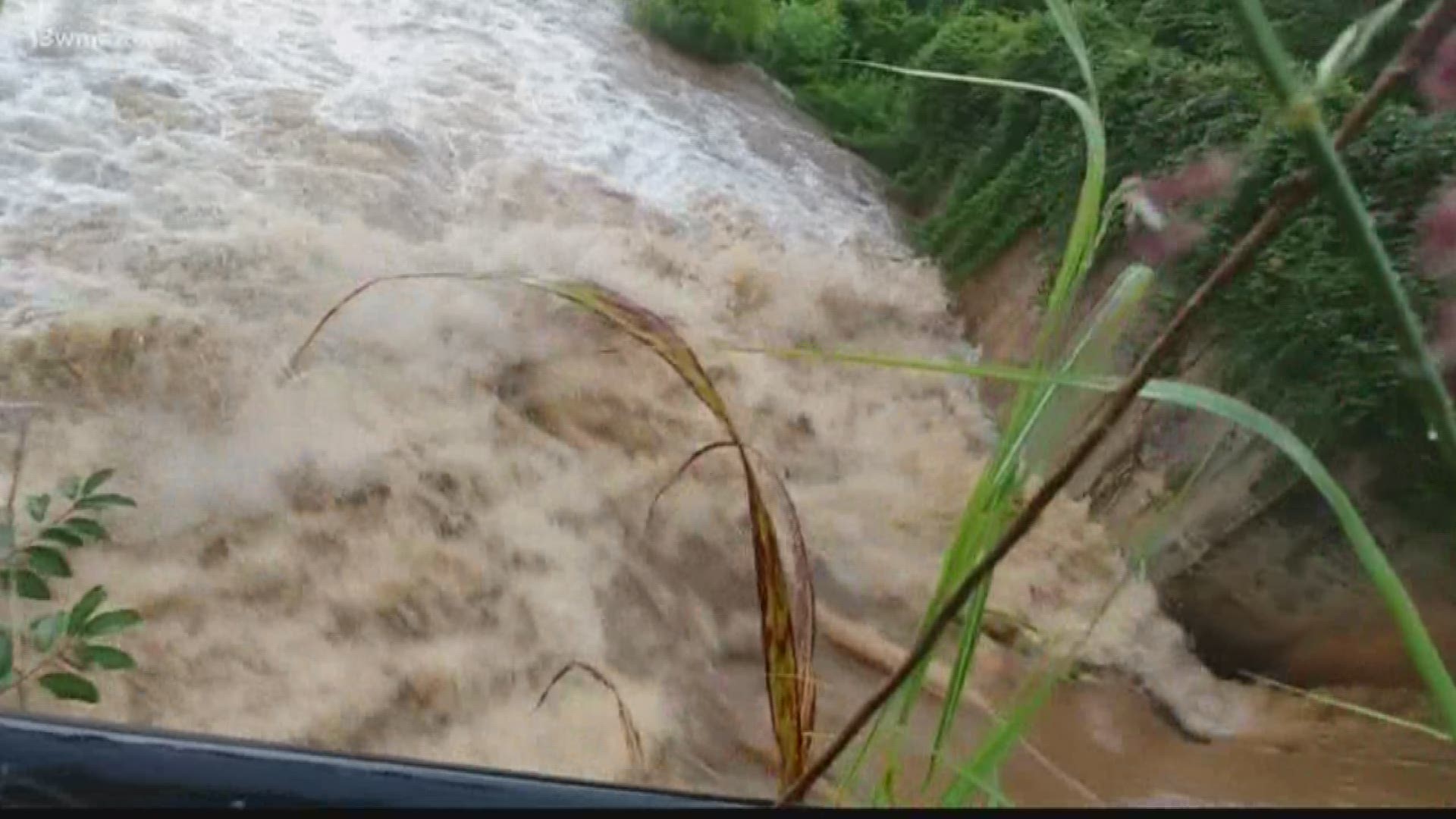 Bibb County is trying to come up with a solution after a federal agency cited them for more than 40 violations of federal stormwater rules.

When it pours, that water needs a place to go.

"I don't know the ins and outs of how the city take care of it, but one thing I see is it causes a problem for businesses on this strip," said Marian Searcy, who owns Edward's Barbershop off Martin Luther King Jr. Boulevard.

Searcy says water pools up near his sidewalk. "The first thing we think is how long we're going to have to wait in here. I think the city really needs to get onto it, and when it rains, we really notice it and it's a big problem for our customers," said Searcy.

Macon-Bibb County served with more than 40 violations from the Environmental Protections Agency. Last year, they found the county was discharging pollutants and stormwater into bodies of water and had no written plans to preventing waste runoff.

They even said that county departments like Solid Waste, Parks and Beautification, and Bowden Golf Course may be causing pollution runoff.

"We have some pipes and stormwater infrastructure in our city that's more than 200 years old," said Floore.

Those pipes are all over downtown Macon and outside of Searcy's shop.

"I've never seen anybody get hurt by it but I could see it," said Searcy.

With changes to the drains and what goes in them, Searcy says he'd feel more comfortable.

Floore says that since Bibb County is a first-time offender, they will likely not get fined by the EPA if they fix those violations quickly.

We reached out the Environmental Protections Agency for a comment.