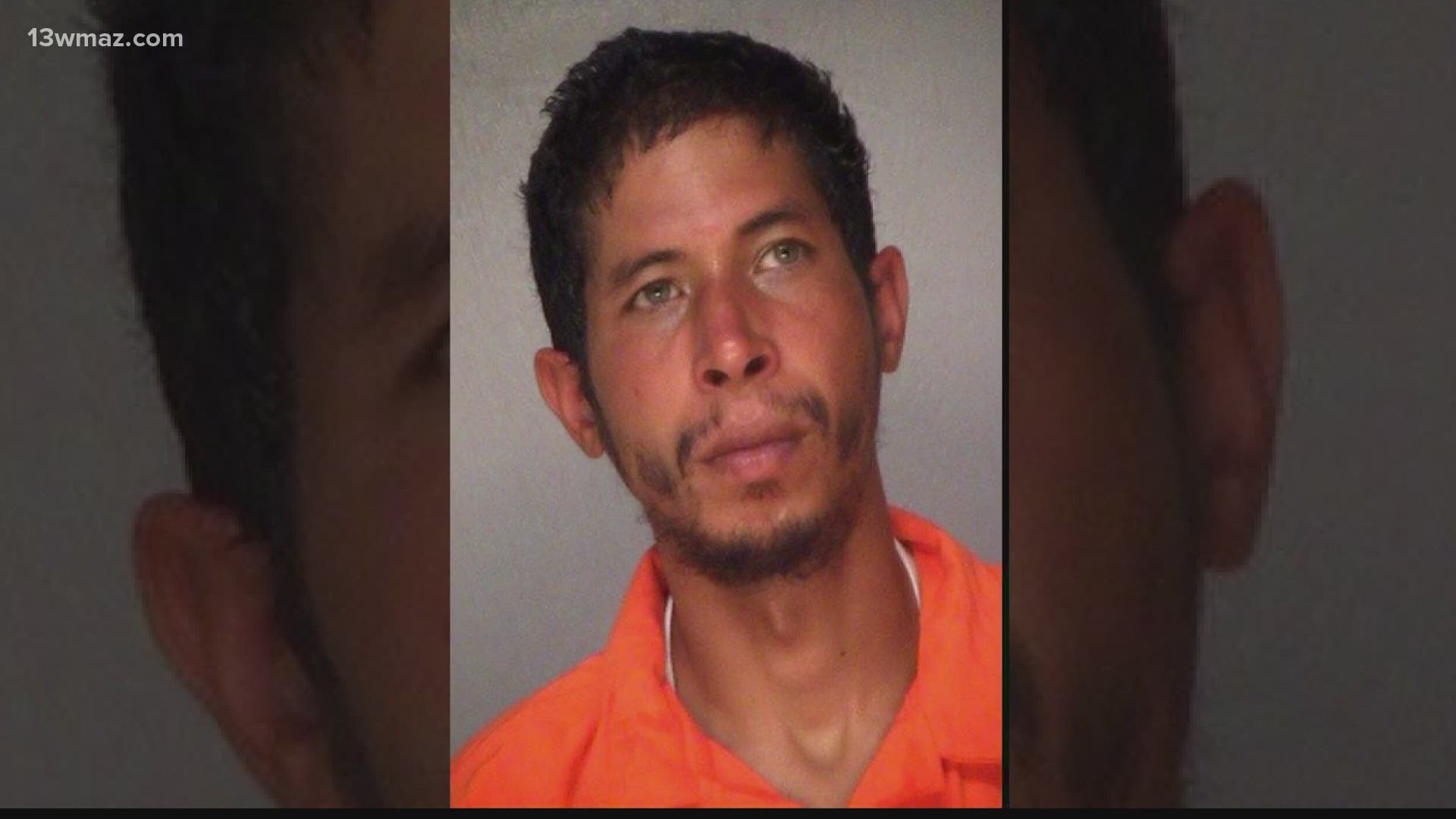 According to Bibb County jail records, Neil Wagner Arce was arrested just before 10 a.m. Thursday and charged with battery.

Those charges stem from a violent incident that happened Wednesday evening.

According to an incident report from the sheriff’s office, a deputy responded to 401 Cherry Street around 7:30 a.m. Wednesday for a report of a fight.

When the deputy got to the scene, they met with Russell Wynn, who told the deputy he received a call from his housekeeping staff about someone sleeping in the basement of the building.

Wynn said went to the building around 7:30 a.m. to meet the suspect, identified in the report as Neil Wagner Arce, and saw him leaving the building.

Wynn says he told Arce that he should not have been in the building, and Arce began yelling at him before pushing him onto the sidewalk.

The report says Wynn got up from the sidewalk and then Arce allegedly punched him in the face. He then knocked Wynn to the ground and began hitting him in the head.

The report says a resident of the building showed up and got Arce off of Wynn.

The deputy noted Wynn had several scratches and scrapes on his face, but declined an ambulance for medical treatment.

Folks, I have to share some disturbing news. I am shocked, sickened, disgusted and quite upset that my sweet, kind husband was attacked and beaten this morning around 7:30 AM when he was about to enter the building he works in on Cherry Street. The housekeeper at the building called my husband at about 7:15 to say there was a homeless man in the basement area of the building. My husband manages this building. When my husband got there, the man was coming out and my husband simply told him he could not be in there and that was it. The homeless man told my husband he had every right to be there as he worked for the landlord! When my husband told him HE WAS the landlord, this man started cursing him with every word you could think of (GD, MF, "N") and then shoved my husband so hard, it flipped him backwards on the sidewalk. When my husband recovered himself, he took out his phone to take a picture of this guy. The homeless man then went ballistic and attacked him again, shoving him to the sidewalk, got on top of him and started beating him in the head and face. Luckily, a tenant from the building came out and saw what was happening and the homeless man got up and left. My husband is OK, although cut and bruised. The other sad thing about this is that the police took about 40 minutes to get there after 3 calls to 911. If you know my husband, you know he is one of the kindest, least judgmental and most generous people I know. He would give you the shirt off his back and his last dollar if you needed help. He has been known to help the sort of person that beat him this morning. God bless my dear husband. God bless our country too.