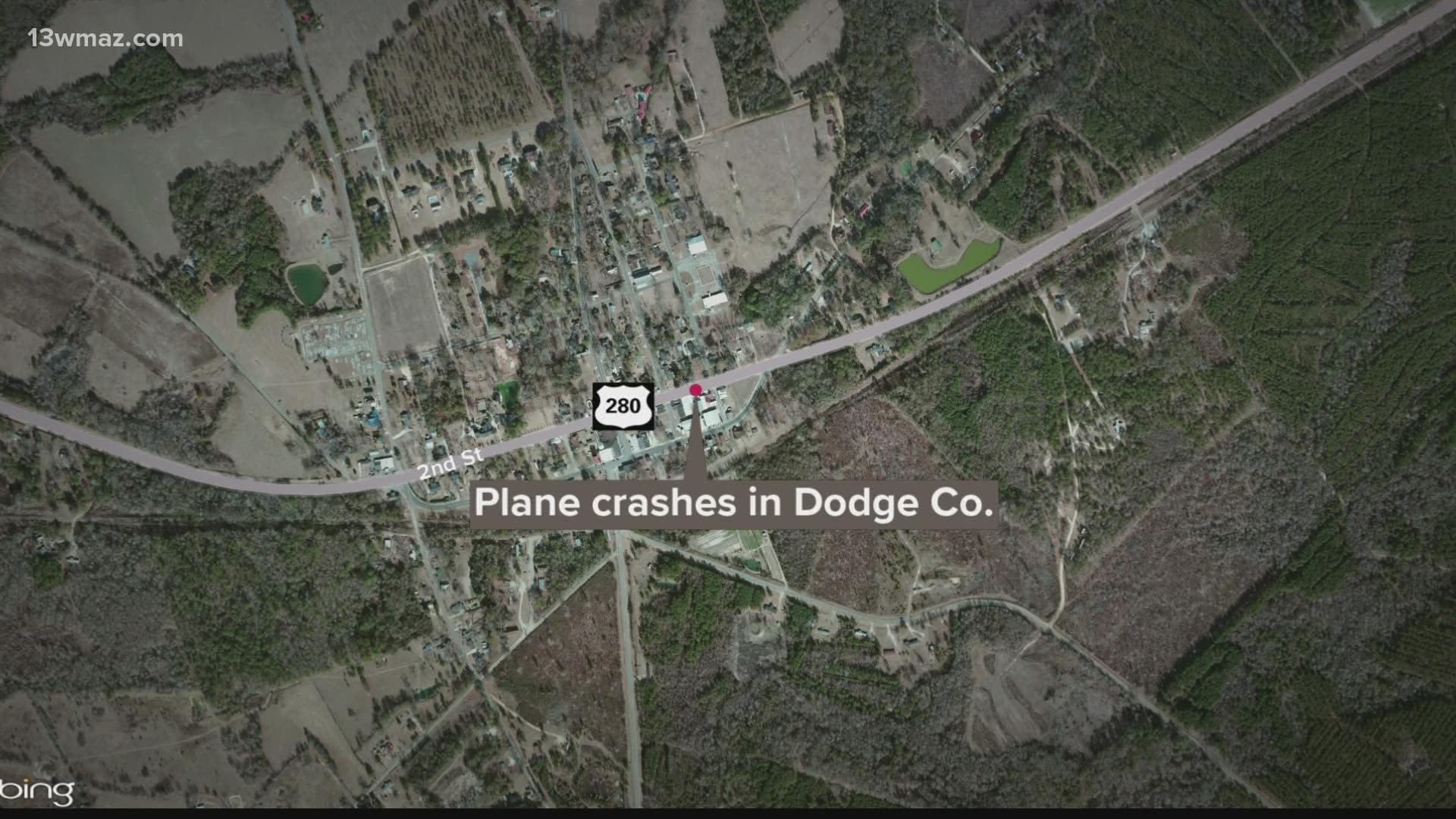 According to Dodge County Sheriff Brian Robinson, a single-engine plane crashed in a wooded area just outside of Rhine on Highway 280.

He identified the pilot as Jake Boney.

Boney crashed in Pulaski County almost a year ago to the day on Sept 3, 2020. In that crash, he was making a turn when the wing of his plane hit a tower.

Part of the tower came down and went down in a cotton field. He was airlifted from the scene.

Suspect in custody after woman shot while driving in Perry