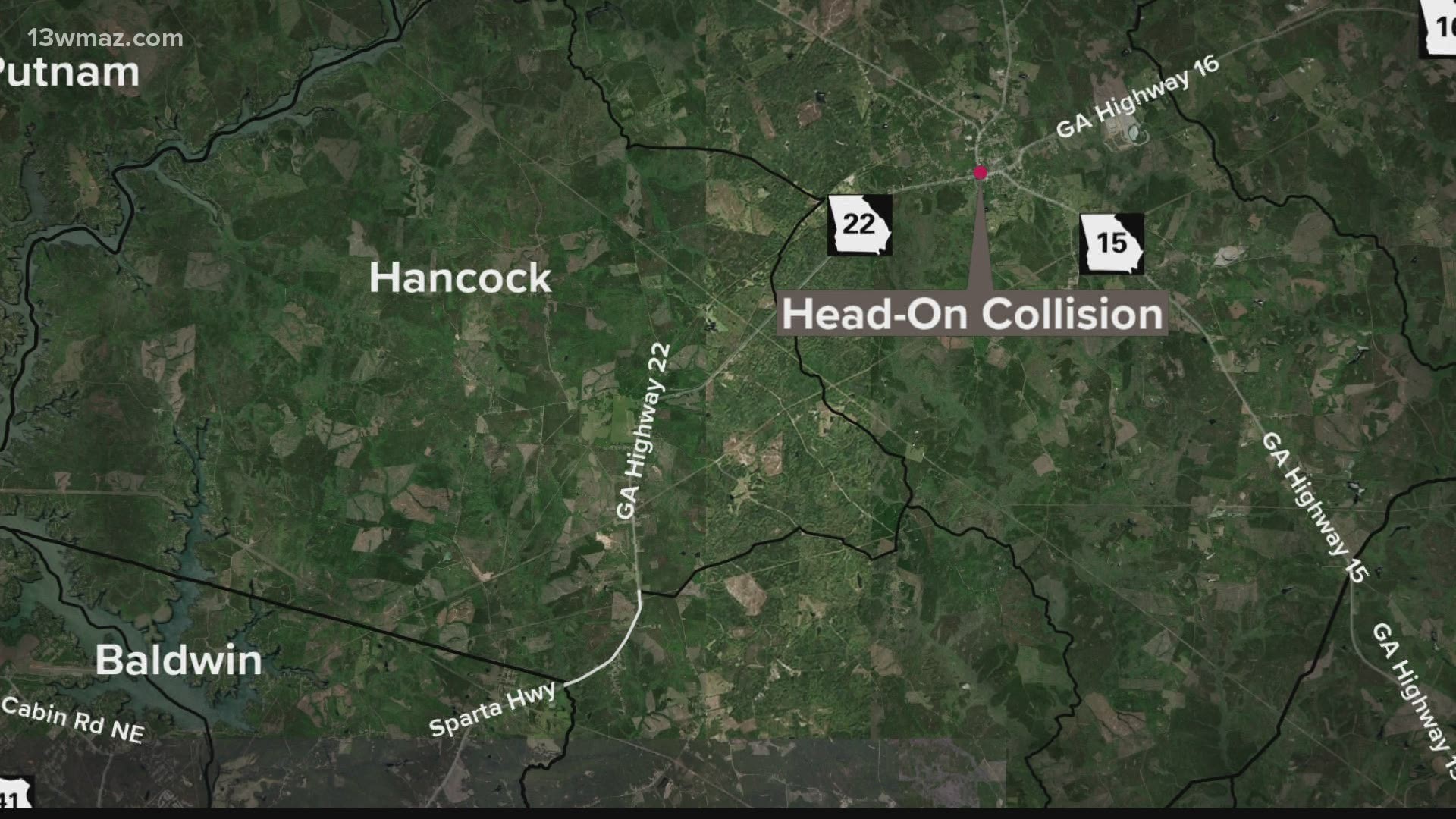 HANCOCK COUNTY, Ga. — A man is dead and his passenger is in critical condition after a wreck in Hancock County Thursday night.

According to Coroner Adrick Ingram, it happened around 9 p.m. on Highway 22 just past the Baldwin County line.

Georgia State Patrol says 47-year-old Kelby Lee Thomas was driving a Hyundai Elantra when he crossed over the centerline and hit a dump truck head-on. Ingram says Thomas was killed on impact.

Thomas’ female passenger is in critical condition, but was alive when she was taken to the hospital from the scene. The driver of the dump truck was uninjured.

The cause of the accident is still under investigation and an autopsy will be performed on Thomas.