Tuesday, Macon-Bibb County commission passed an ordinance that reduces penalties for possession of marijuana and sets a fine of $75. 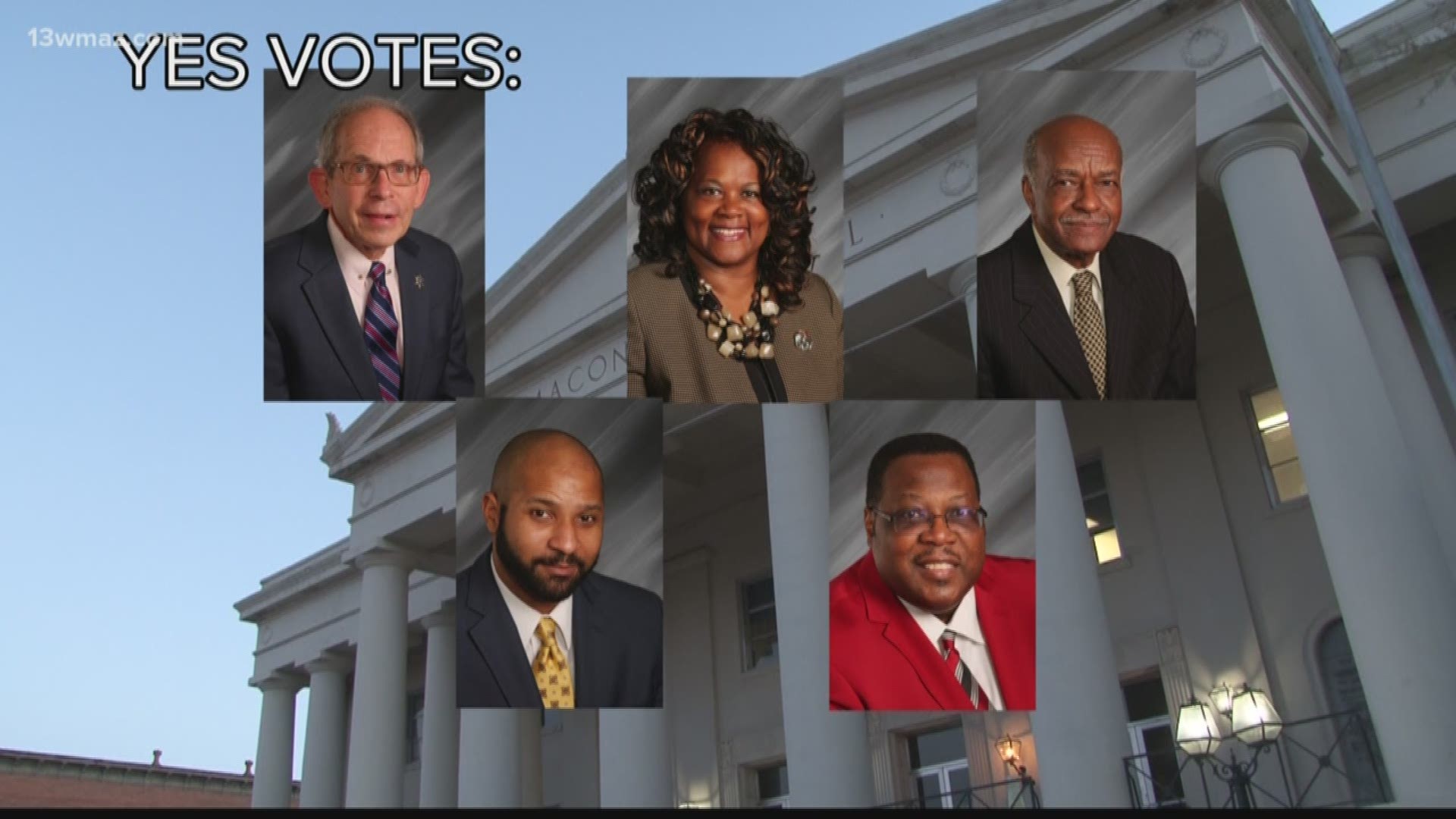 Bibb County commissioners voted 5-4 in favor of decreasing penalties for possession of less than an ounce of marijuana.

Pot proponents like Stanley Atkins showed their support for an ordinance that would reduce penalties for possession of marijuana less than an ounce. Macon-Bibb County previously fined people up to $1,000 or a year of jail time

"The city of Atlanta, South Fulton County, Kingston, and Clarkston -- multiple jurisdictions have gone forward with this ordinance and not one has reported in their data a spike in usage," said Atkins.

Virgil Watkins along with Al Tillman sponsored this ordinance which would decrease that penalty to $75. "To continue to send our young abuse patients into that type of system is not correct," said Watkins.

People like Ken Smith spoke strongly against the ordinance. "I just want to ask y'all how much a life is worth? I hope not $75. I hope when a kid gets out of it, when they're on drugs, that they don't hit someone and die," said Smith.

Former teacher Christina Mullineaux says she doesn't want to send a message to kids that smoking pot is OK. "Take that fine and give more money from those fees to programs like D.A.R.E. to not get into drugs," said Mullineaux.

Commissioner Valerie Wynn echoed Mullineaux. "Where we need to focus on prevention, not making it easier to do," said Wynn.

Supporters of the bill clapped, happy it passed.

Solicitor General Rebecca Grist wants to be clear that it's not a decriminalization of the possession of less than an ounce of marijuana. You can still be prosecuted under state law for possession. This ordinance supports a reduction of penalties if law enforcement sees fit.

Tuesday, Macon-Bibb County commission passed an ordinance that reduces penalties for possession of marijuana and sets a fine of $75.

This comes weeks after commissioners Al Tillman and Virgil Watkins proposed the bill to reduce the penalties for possession of marijuana under one ounce to a fine of up to $75 and no jail time.

People from the county on both sides of the issue voiced their opinions on the proposed ordinance. Those opposed worried that a lighter punishment could mean more crime, while community organizations, including the NAACP, the National Action Network, and Reform Georgia all showed support for the proposed bill.

Law enforcement also showed their support for the bill, explaining that minor marijuana offenses are already deemed as less of a hassle to public safety.

Commissioners were initially split down the middle on how to vote on the bill.