After more than a year of delays due to the pandemic, the origin story of Natasha Romanoff is now out in theaters 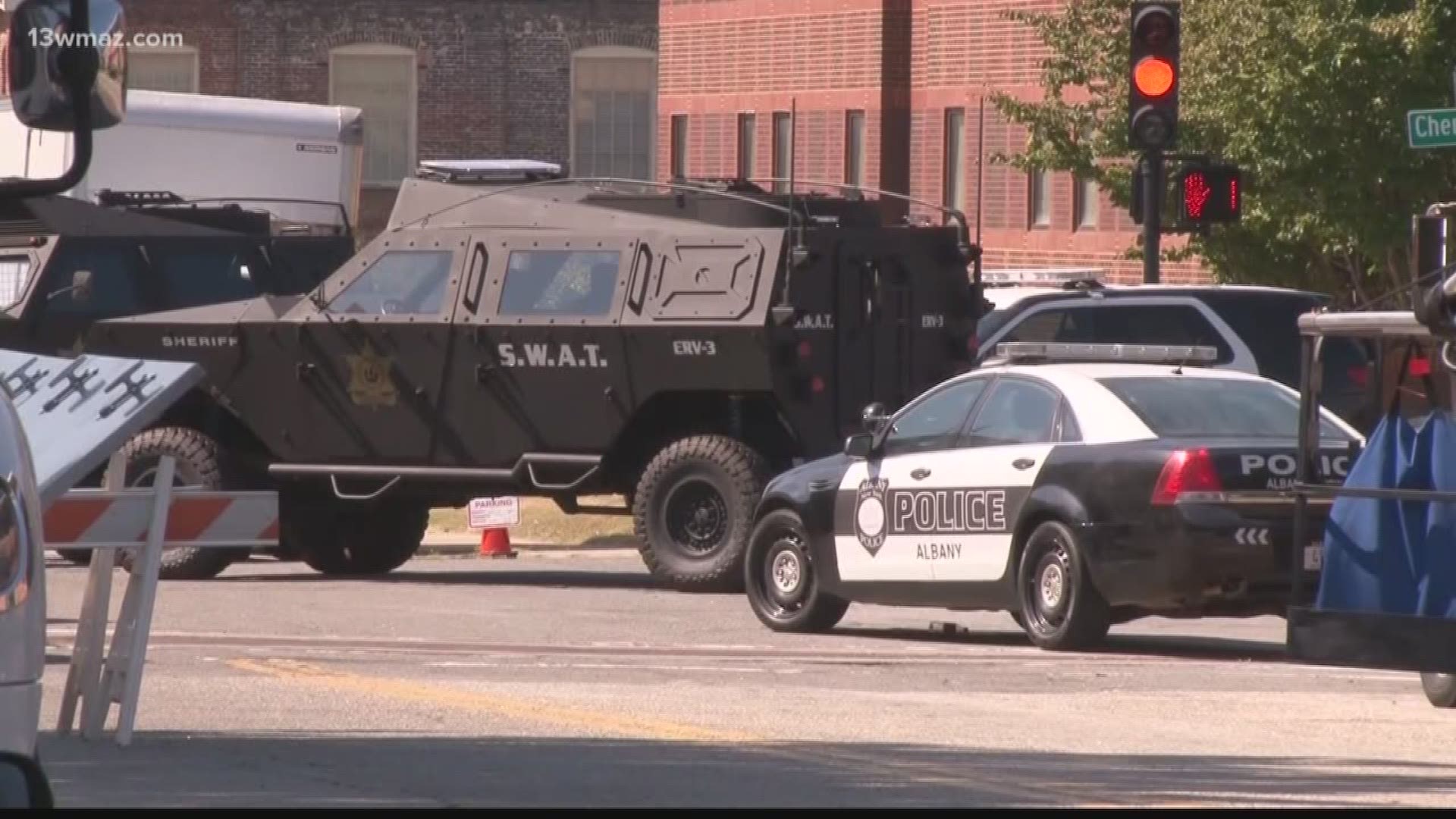 MACON, Ga. — Marvel's "Black Widow" is now out in theaters and streaming on Disney+ with Premier Access. There's a chance you'll spot some familiar locations if you watch closely.

Late in production during October 2019, the area around Macon's Terminal Station closed for several days of filming.

While there's no guarantee that scenes from the trailer will actually make it into the main movie (some often don't make it into the final cut) there are some scenes to watch for if you do catch it in theaters.

Credit: Marvel Studios
If you look quickly, you can see downtown Macon in this trailer for Marvel's "Black Widow".

In the picture above, you can clearly see downtown Macon in the background of this shot of actor William Hurt who portrays General Thaddeus "Thunderbolt" Ross, a recurring character in the Marvel Universe.

In the foreground to the left of the photo you can see the yellow wall of the Tubman Museum. Off-screen to the right is Cherry Street plaza, between the Tubman and the Georgia Sports Hall of Fame.

The next shot in the same trailer features a clear view of the inside of the Terminal Station. If the distinctive ironwork, stone floors, and gold trim aren't enough for you, the lighted "Terminal A" sign is also visible in the center of the screen.

You can check out the full trailer here, but look quickly. The two scenes pop up at the 1:38 mark and only last a few seconds.

A different version of the official trailer features even more shots of Macon and Terminal Station.

In the photo above, you're looking out the large glassed front of the Terminal Station up Cherry Street toward downtown Macon as a SWAT Team marches through.

The next shot in the trailer shows a sniper sitting atop the Tubman Museum, which is in front of the Terminal Station. You can see the mustard yellow wall, and in the upper right, the distinctive triangular roof feature.

You can see the second trailer here. Again, the shots are quick. The Macon sequences start at the 11 second mark.

"Black Widow" is finally hitting theaters after a delay of more than a year because of the pandemic. The movie stars Scarlett Johansson as Natasha Romanoff aka Black Widow.

The movie touches on her origins when she was taken by the KGB and raised to be a super-operative before being cut loose after the fall of the Soviet Union, and her quest to tackle unfinished business before it finishes her.