Jackson remembered as one of Atlanta's great women leaders by members of the city council. 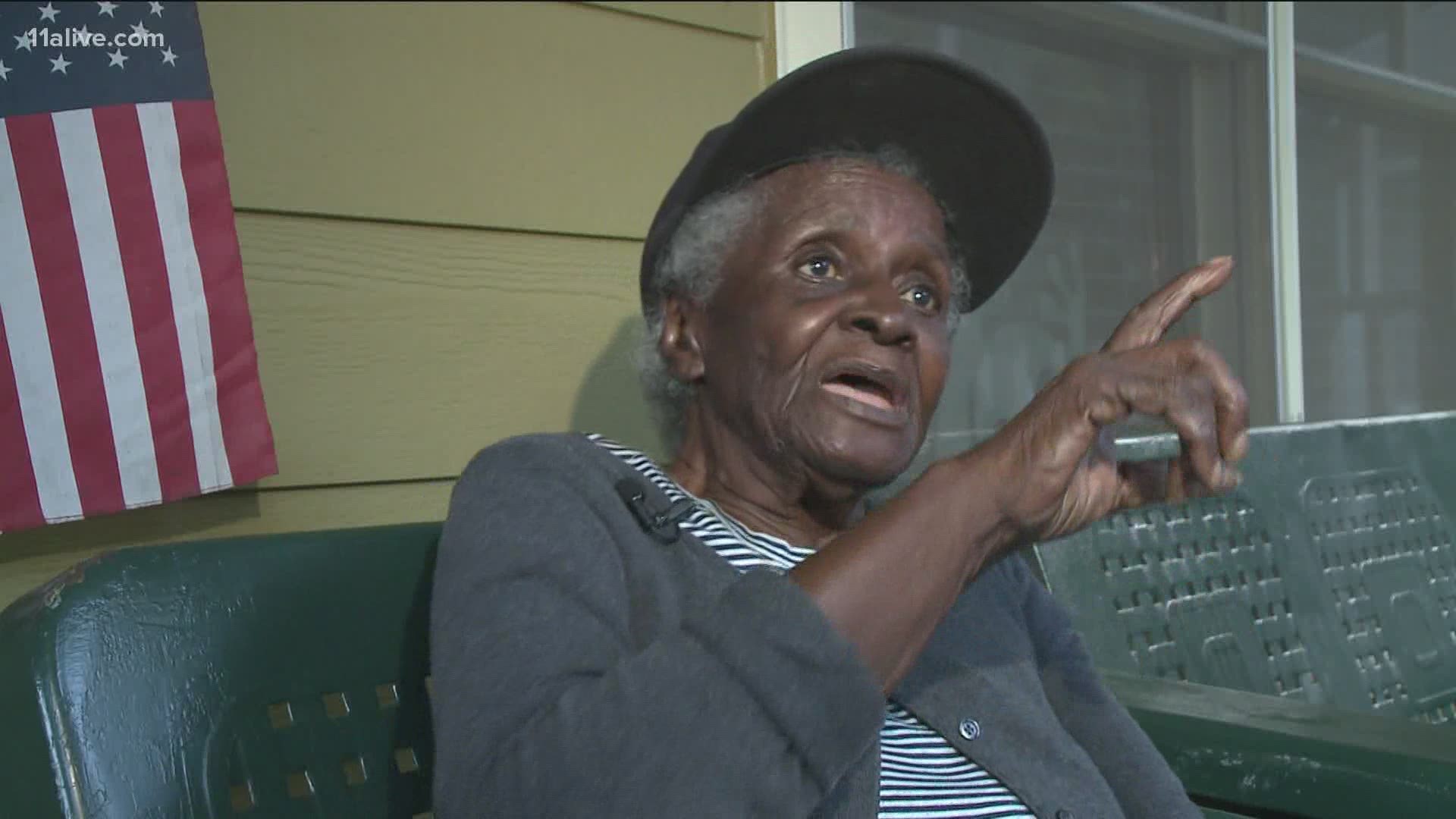 For those not familiar with her, she was a nice, little old lady in the Peoplestown neighborhood.

But she was someone who changed the entire face of that neighborhood.

Jackson was described as a community organizer who was a large part of the community revitalization that came with Turner Field and the Atlanta Summer Olympic Games.

In September 2015, Jackson was part of a group that visited Atlanta City Hall, upset with a plan to displace her from her Peoplestown home because it was in the middle of a flood zone.

At the time, city officials said she simply had to leave for her own safety, despite the fact that her home had never flooded.

Various options were suggested at the time. Atlanta's mayor at the time, Kasim Reed, even suggested an option that included moving her home -- lock, stock and barrel -- to another location.

"Lifting her home up and moving it to a place that's acceptable to her," Reed said. "We're working on that right now."

Jackson became the symbol of the Peoplestown neighborhood and the movement to keep the neighborhood as it is, with more than 5,000 people signing a petition asking the city to allow her to remain in her Ormond Street home.

Reed said that the city would come up with an alternative that would allow Jackson to remain in her home.

Members of the Atlanta City Council mourned her passing and honored her life.

"She was one of our most distinguished residents in District 1 and a driving force in her community," said District 1 councilmember Carla Smith. "She was an inspiration to those who knew her, and she will be dearly missed."

"She worked tirelessly to ensure that her community was not left behind. Mrs. Jackson is a former delegate who met with President Lyndon B. Johnson’s cabinet about policies to protect the poor," Boone said. "Jackson helped shape President Johnson’s signature legislation that waged war on poverty in the U.S. The city of Atlanta, and specifically her community and neighborhood, will carry on her work and will remember her as a strong woman who was respected by all as a true community leader."

"Mrs. Jackson was not only a pillar of the Peoplestown and Summerhill communities, but she was a giant in the pantheon of great women leaders in the history of the city of Atlanta," said councilmember-at-large Michael Julian Bond. "An advisor to political and religious leaders, her advocacy improved Atlanta for the better. Her sage advice often tempered many public debates on how to improve the lives of the people in our community. I am thankful for the opportunities that I had to work with her."

"She used her influence to successfully advocate for the poor and ensure that the city's most vulnerable populations were represented during some of the conversations that made Atlanta a regional leader," Moore said. "Her legacy as an advocate will continue to impact us all."