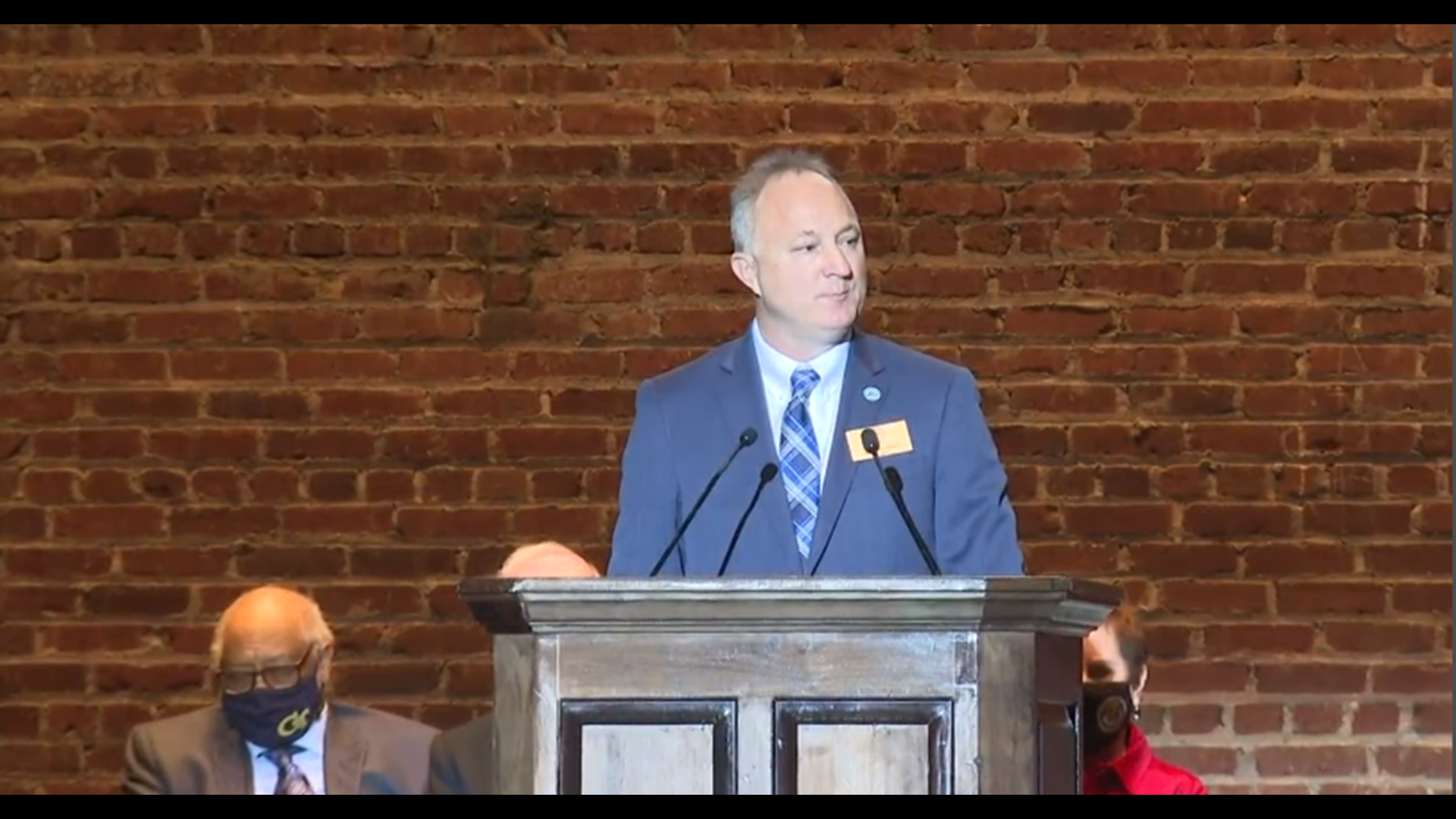 For Miller, a Macon-native and the first new mayor in 13 years, reaching the office is a full circle moment.

The introduction to his speech recalled his upbringing in the city, and some of the very first words he said were, “It’s an honor to serve my hometown.”

He shared a brief anecdote saying it’s a testament to the goodness of the community that a young boy who used to roll change with his mother’s tip money could one day serve as its mayor.

“The path has not always been easy, but I am grateful for all the people who made it possible,” said Miller.

He said his focus as mayor would be to give back to the same community that raised him up, and he thanked his family as well as all his campaign volunteers for helping build a diverse coalition to propel him to victory.

A message of diversity was a common theme that ran throughout his full address, and he said the county’s diversity is one of its greatest strengths.

He acknowledged that 2020 has raised unprecedented challenges, while also bringing forth unlimited opportunities.

“Our best days are ahead of us and not behind us,” said Miller.

He said he would conduct himself based on the Golden Rule -- do unto others as you would have them do unto you – and promised to become the change the people of Macon-Bibb want to see.

“We are not hitting the ground on day one… we already have a head start,” said Miller, addressing that he has already put a plan of action together and is setting those items in motion.

Part of the action includes helping the homeless and those in poverty, and he mentioned a story 13WMAZ broke this week about two homeless men freezing to death on Christmas in Macon.

He concluded his address with Duane Allman’s 1969 New Year’s resolution, and said he’s adopting it as his own.

"This year I will be more thoughtful of my fellow man, exert more effort in each of my endeavors professionally as well as personally. Take love wherever I find it, and offer it to everyone who will take it. In this coming year I will seek knowledge from those wiser than me and try to teach those who wish to learn from me. I love being alive and I will be the best man I possibly can."