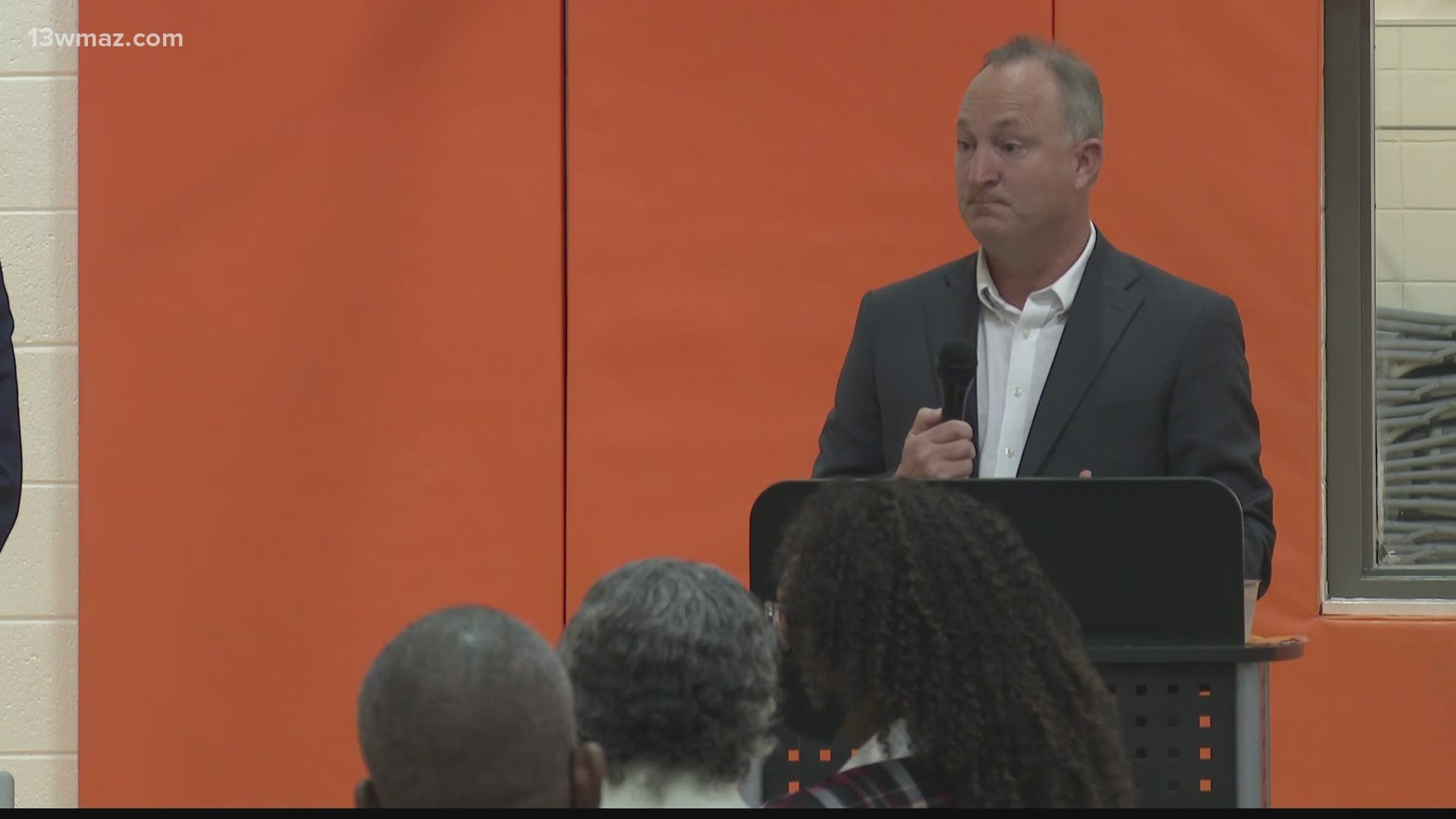 Around 50 people gathered at the Frank Johnson Recreation Center on the corner of Pio Nono Avenue and Mercer University Drive to express concerns and hear how Miller hopes to address them when he takes office.

Miller says this meeting gave the next administration a chance to hear the people of Unionville's needs and concerns.

"What I've learned throughout this whole process is you can't go into a community and tell people what you want them to do or how you want to make changes to their community because they live there each and every day, so what you got to ask them what they want, what you want to provide for them. Use the resources that the county has to help them out along the way," Miller said.

People from the Unionville neighborhood discussed a slew of topics affecting them including crime.

"They actually shot my house. I have five bullets in the front of my house right now," said resident Geraldina Olowu.

Miller talked about increasing police presence in the neighborhood and also addressed other issues that can impact crime.

"About having a place for people to go, opportunities for them, showing them you care about them because if every other house you have is abandoned, burned out, overgrown, then what are people to think?" Miller said.

Another problem people highlighted was illegal dumping in the neighborhood. Miller says a solution he is looking to pitch to commissioners is setting up convenience centers where people can dump old bulky items.

"I believe convenience center strategically placed around Macon-Bibb County can work a lot on that illegal dumping. A lot of people can't afford to get in a vehicle and go all the way down to the dump downtown," Miller said.

Miller says he believes eliminating would also reduce illegal dumping in the neighborhood.

Miller says he is really aiming to get more community input before his term begins.

So far, Miller's team has received 1,700 completed surveys through their website where people have given their input on their concerns. The transition team is meeting again next week to discuss those surveys as well as what they heard Thursday night.