Many protestors on social media say there is a big difference between revitalization and gentrification. 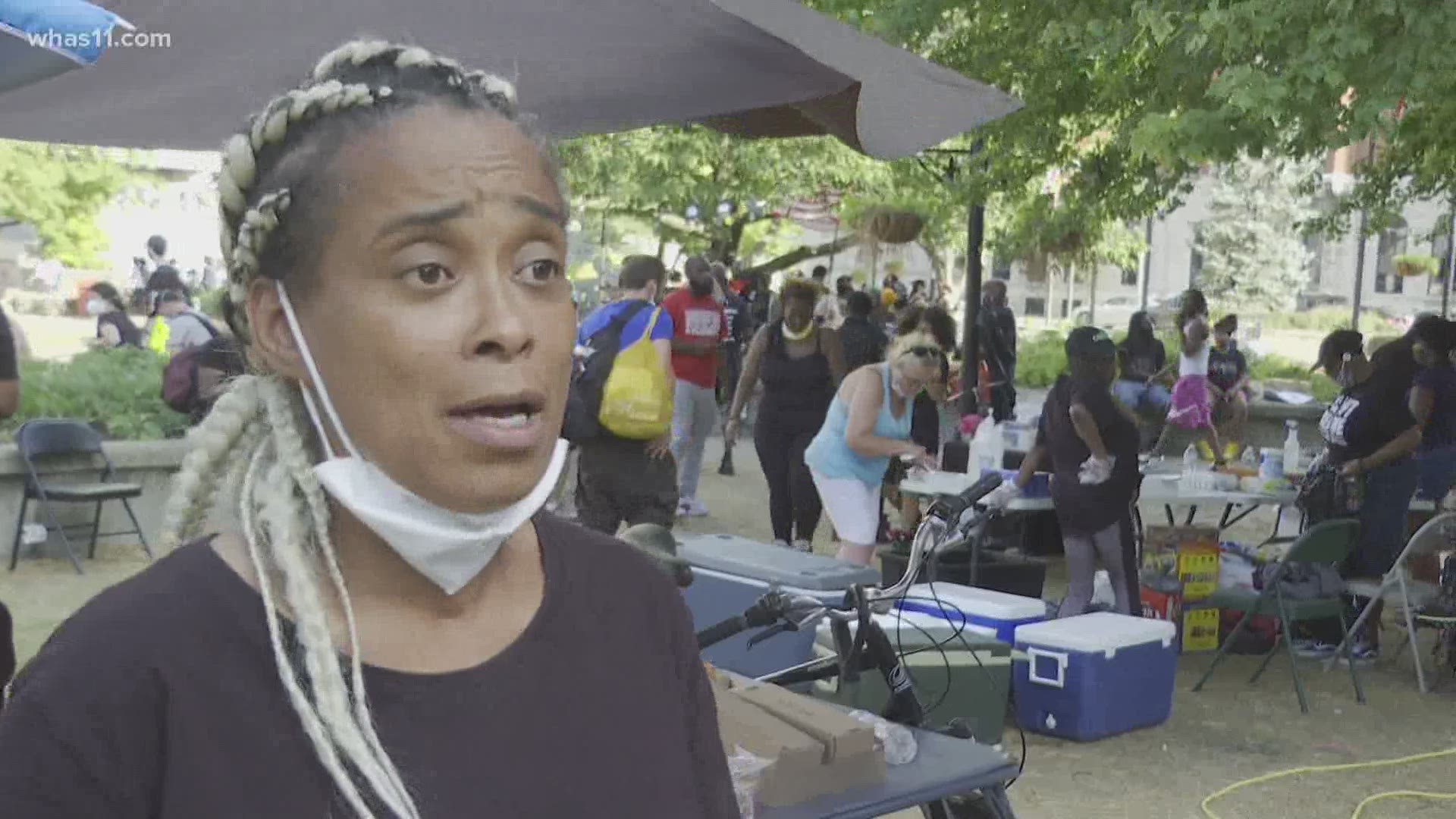 There have been accusations by Breonna Taylor's attorneys that her death, stemmed from a real estate development plan on Elliot avenue in the Russell neighborhood.

Many protestors on social media say there is a big difference between revitalization and gentrification.

Mayor Fischer spoke WHAS11’s Jessie Cohen and she asked him about conversations between Kentucky AG Daniel Cameron and himself. More specifically if AG Cameron has provided any updates on the investigation in the death of Breonna Taylor? Did he give the mayor any sort of date or timeline, because many people feel they have been waiting far too long for answers? Mayor Greg Fischer says he is not informed on those details.

Jean Porter with the Mayor's Office released the following statement regarding the ribbon-cutting incident:

Today was a celebration of a $2.9 million investment in affordable housing in Portland – something that people all over west Louisville have said they want. Affordable housing is a critical component of our economic development strategy and our racial equity work – and it is the opposite of gentrification.

The Mayor has consistently advocated for and supports peaceful protests over the impact of systemic racism, and he remains committed to restoring public trust in ongoing efforts to address the racial inequalities that have plagued our city and our nation for far too long.

We appreciate the great work done by non-profit partners like HPI and the Affordable Housing Trust Fund. They’re helping close the gap between supply and demand in housing for our neediest neighbors, an important step on the important journey toward racial and economic equity in Louisville.