Mayor Lester Miler says the Mall will be the home of Georgia's second-largest" amphitheater and to new retailers, offices and restaurants 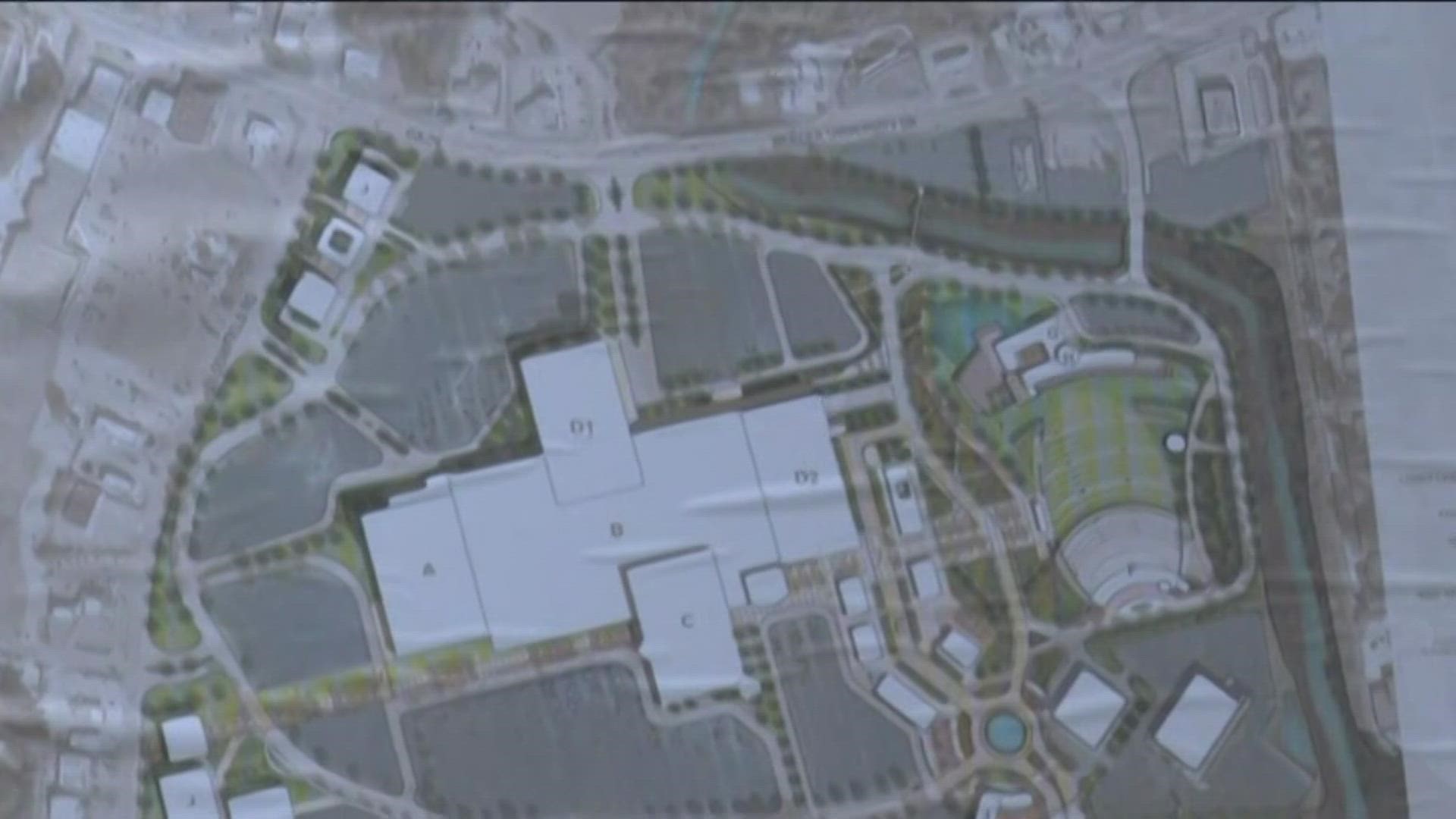 MACON, Ga. — Macon Mayor Lester Miller made an announcement Wednesday morning about a new revitalization project at the Macon Mall.

He said the plan will include a 10,000-seat music amphitheater next to the mall. Miller said it would be the state's second-largest amphitheater.

Bibb County says so far they have not selected a contractor or drawn up plans for that amphitheater, and they've not set a date to break ground.

He also announced that the mall's owner, Hull Property Group, has donated the mall to Macon-Bibb.

Miller and others said the county's plan for the Macon Mall include new businesses, county offices, space for Central Georgia Technical College and Middle Georgia State University, and possibly workspace for the film industry.

The mayor says a new and improved mall would lift up the entire Eisenhower Parkway corridor and bring Macon back together.

"I've heard this myth that Macon is a tale of two cities. I can tell you today...that ends," said Miller.

Miller also said the project will also lift up a section of the city that has declined as the Macon Mall shrunk.

"This area is getting ready to explode," Miller said.

He announced there would be about $100 million invested in the area by next year. He said none of the work would be funded by tax dollars, but by businesses and partners reinvesting profits.

There are also plans to put one of the largest pickleball facilities in the world in the area.

Jim Hull, the namesake of Hull Property Group who owns the mall, said both the "interior and exterior" will be revitalized.

"It's going to be a community effort," Miller said. "Macon is worth fighting for, and I'll be the first to stand up and fight."

Miller said they may try to break ground as early as Feb 2022.