Mike Davis has been the voice of Houston County athletics for the last 25 years. He died in January from Stage IV Pancreatic Cancer. 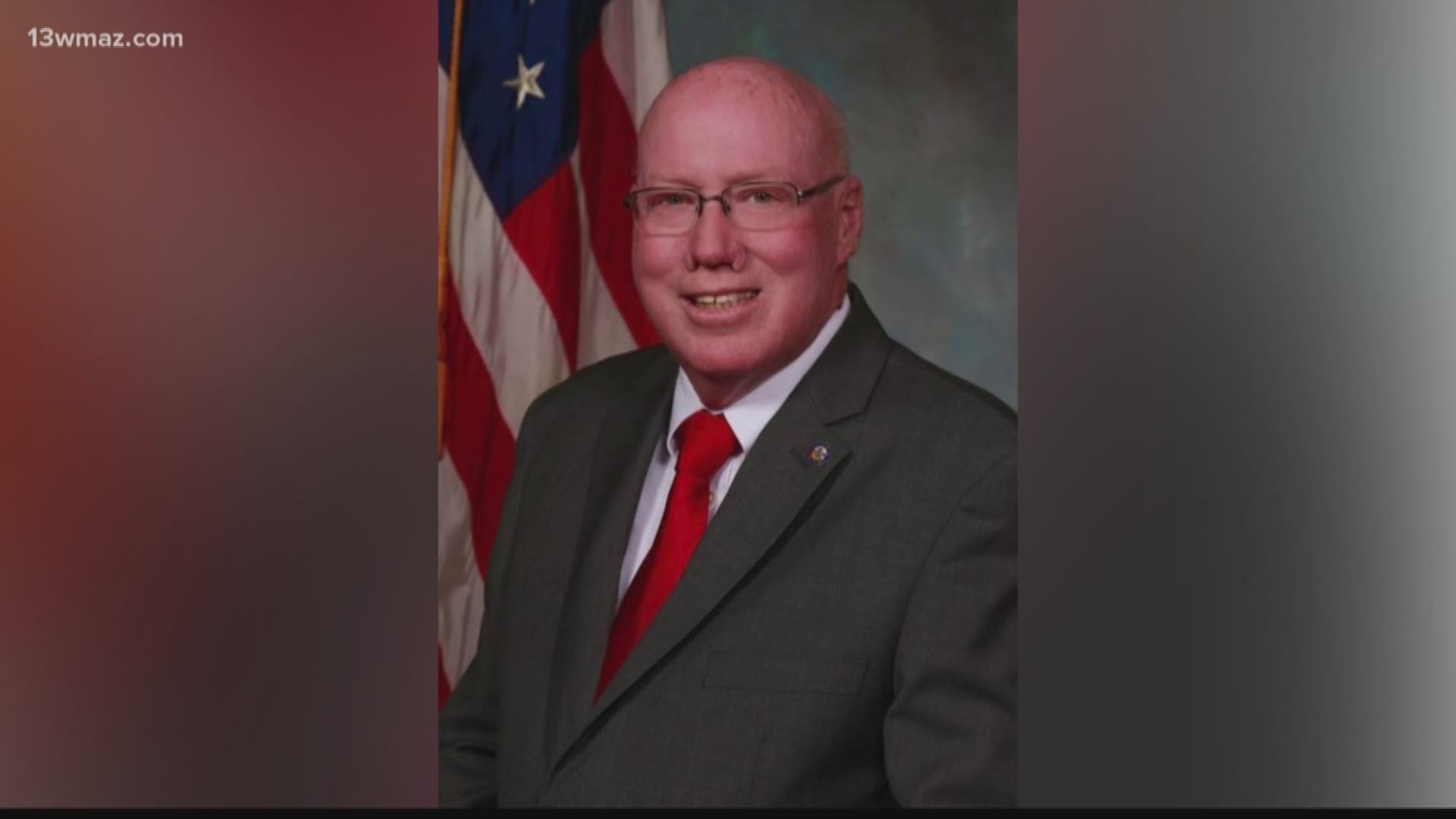 WARNER ROBINS, Ga. — The name Mike Davis means a lot to the people of Houston County, and after Friday night's game, that name will live on at the McConnell-Talbert Stadium.

The Houston County school district will honor Mike Davis by naming the press box after him.

Whether you knew him as Assistant Fire Chief Davis, Councilman Davis, or "Sports Mic," he was an "icon," according to Northside High School Head Football Coach Kevin Kinsler.

"If it had to do with a sporting event in Warner Robins, Mike Davis was involved and broadcasting it," said Kevin Kinsler. "You knew when Mike started hanging out again, it was getting close to football season.”

He was probably most well-known for co-creating and hosting his radio show, "Sports Mic."

"Somebody that is that recognizable, is almost like an icon in the Warner Robins community," said Kinsler.

His wife of 35 years, Diane Davis, said they couldn’t go anywhere without someone recognizing him, either by his face, or, more often than not, his voice.

"He just had a natural thing. Mike could talk, you know? He could talk to anybody," said Diane.

She said her husband got into sports broadcasting almost accidentally.

"He started broadcasting as just a fill-in, doing it a one-time thing 25 years ago,” she said.

Diane said he just fell in love with it, so this dedication is the perfect way to keep his name alive.

“I was very honored. You know, I thought it was very deserving,” she said.

She said Davis was a "behind the scenes" kind of guy, so she doesn’t think he’d be too keen on all the attention.

Coach Kinsler said he is glad Davis went out on a high after getting to follow the Northside Eagles all the way to the state championship last season.

"When made our run to the state championship, I knew -- it was obvious he was not well and struggling with his health. It was such a great feeling, I guess, or satisfying to know his final season as the voice of the Eagles, he got to make it all the way to the Mercedes dome and the state championship,” said Kinsler.

Kinsler said this football season will feel a lot different without Davis, but he said it's going to be a great thing to look up at the press box and know Davis is still with them.

The dedication starts at 7:10 p.m. on August 23rd before the Northside Eagles play the Centennial Knights at the McConnell-Talbert Stadium in Warner Robins.