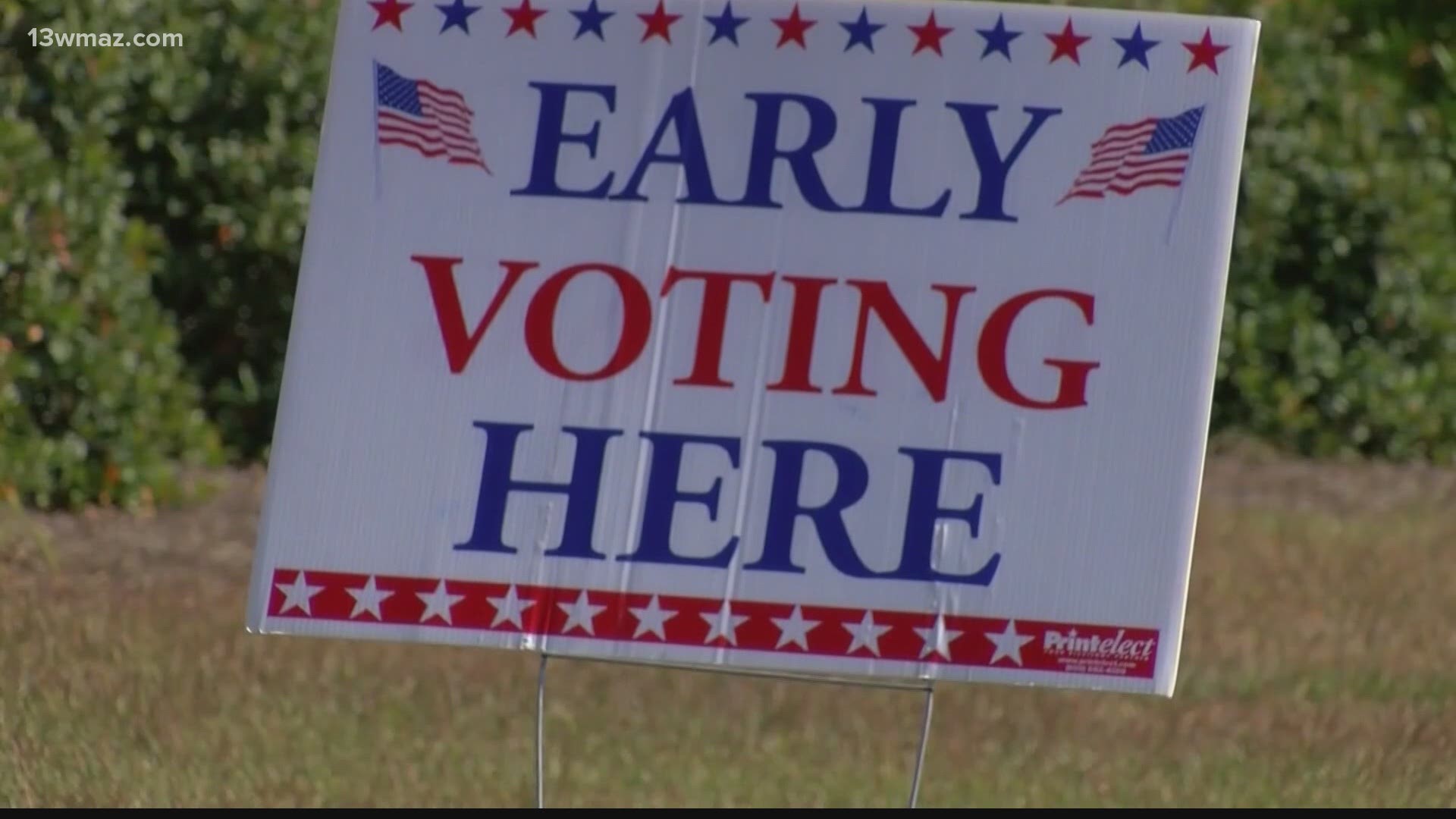 HOUSTON COUNTY, Ga. — We want to make sure you are prepared to head to the polls in November by introducing you to the candidates.

Incumbent George Hartwig worked as a Florida police officer in the 1970s and 80s, before moving to Macon to attend Mercer's law school.

After joining the Houston County District Attorney's office as an assistant DA in 2001, he ran for the top job in 2010.

Hartwig's opponent, Erikka Williams, graduated from the University of Dayton School of Law in 2001.

She went to work in the Houston County DA's office in 2002, where she started as a juvenile court prosecutor.

In 2011, she was promoted to Chief Assistant District Attorney.

We asked each candidate the same series of questions, starting with why they are running for District Attorney?

"I think in the last 10 years we have done a really good job keeping the citizens of Houston County safe, particularly prosecuting the serious violent offenders. The murderers, the armed robbers and that's been my priority and I think we've done a great job with that and I want to continue serving," says Hartwig.

Williams says it's time for change.

"I'm running for DA because we need a change at the top. We are having some disagreements as to how the office should be managed and I feel like it's not being managed properly and so based on my experience and my years at the office, I feel like I am ready to run."

What do you think are the largest problems surrounding the DA's office or Houston County as a whole?

The first, is crime.

"It's particularly important with some of the things that we've seen occur in the last months and couple years that have caused the unrest and so to have someone in office who has the experience to deal with those issues, which I have done over the last 10 years. I have reviewed, investigated, been involved in police shootings. I have presented cases, those types of cases to grand juries."

The second is the budget.

"The budgets are tight. They want us to do more with less. There's a budgetary crisis in this state several months ago, in large part, because of COVID," he says. "I've been on the front lines of dealing with that, those budgetary issues on the state level."

The third is the backlog of cases due to the COVID-19 pandemic.

Since the COVID-19 pandemic hit Central Georgia, there have been no juries, no trials and no grand juries. Hartwig says there are several thousand cases pending in their office.

Nearly 300 of those have been added since March.

Williams says she is also concerned about the backlog of cases, but says that's not new in their office.

"Sometimes a backlog is not directly caused by the district attorney, but I think because of our ability to decide which cases get prosecuted and which ones don't," she says. "We can reduce that backlog if we just handle our cases a little differently. Houston County only has three judges and that's through no fault of our own. The state determines how many each county has. Because we only have three judges, that makes it more difficult to get trials in front of a judge."

"The District Attorney's choice of office manager has really caused a lot of problems in the office. He is living with her and that is creating a situation where employees don't feel like they have a place to address their issues if they have one."

We asked Hartwig about that relationship with his office manager, which was first brought up during the primary election.

"I have an excellent work relationship with my Executive Assistant/Office Manager. She is extremely diligent, dedicated, helpful and always does a fantastic job," he said via email.

We also asked each candidate about their stance on the death penalty.

"My stance on the death penalty is it is not fairly used and because of that we have to be very mindful of when we use it," says Williams. "We also have to remember that when we go for that ultimate penalty, that it is very costly and very timely to use, so we want to make sure that if we say we're going for the death penalty, that we are actually doing it."

Hartwig says he does support the death penalty.

"I think it is something that we as prosecutors have got to have available to us," he says. "It's not something that you wield frequently or lightly. It's gotta be something that is only used in those cases where it is absolutely appropriate and warranted."

He says since he has been in office, he has sought the death penalty in three or four cases.

We also asked Williams and Hartwig how many cases are being tried annually and if they think it's an adequate amount?

Hartwig says he would like to try more cases than they currently do.

"When I was an assistant DA, I think I was trying more cases than I do now. The DA's office would try 30 to 40 probably jury trials a year," says Hartwig. "It seems like, at least to me, that we have not been able to try that many cases for the last several years."

He says there are only a limited number of cases that get put on the trial calendar by the judge and if someone pleas out, that case drops off the calendar.

Williams says she thinks they are doing the best they can with what they have.

"Houston County needs another judge. Period. We don't get to pick that."

Hartwig and Williams are both still currently working in the DA's office.

He says the competing campaigns have caused some tension and he would've liked to see Williams resign before beginning her campaign.

"I can tell you that when she did qualify to run against me, I talked to a number of other DA's in the state and every single District Attorney that I talked to said to me if it were them, that they would terminate her employment and let her go. I can tell you that I prayed about that," says Hartwig. "I felt like the Lord was telling me not to terminate her employment, so I didn't."

Williams says she didn't feel like she had to resign to run against Hartwig.

"I am running because I believe that the way Mr. Hartwig is running the office is wrong. I don't feel like I should have to quit my job in order to make changes in the office," she says. "Maybe you can call it stubborn, but I just really don't feel like I should have to give up my job and my insurance when the job isn't being done like it should be."

Finally, we asked each candidate why the people of Houston County should vote for them.

Hartwig says it's all about experience.

"I am a proven leader with a tract record that people can look at. I've said in many previous interviews, in the 10 years that I've been the District Attorney, this DA's office has gotten 53 life sentences," says Hartwig. "I've got the experience to deal with Coronavirus issues and judicial emergencies, to get the grand jury back up and running and to start prosecuting people again and getting them off our streets and getting them in prison where they belong. So, I'm asking for the people of this county to vote for me because I've been here, I've worked hard, I've done a good job and I want the chance to continue serving."

"I am here for the citizens of Houston County and I'm here for the employees at the District Attorney's office. I really want people to understand that my career has been helping citizens of Houston County," says Williams. "I get along well with our local law enforcement and our community leaders and I've never shied away from standing up for people that may not be able to stand up for themselves."

You can watch our interviews with both candidates in their entirety here. 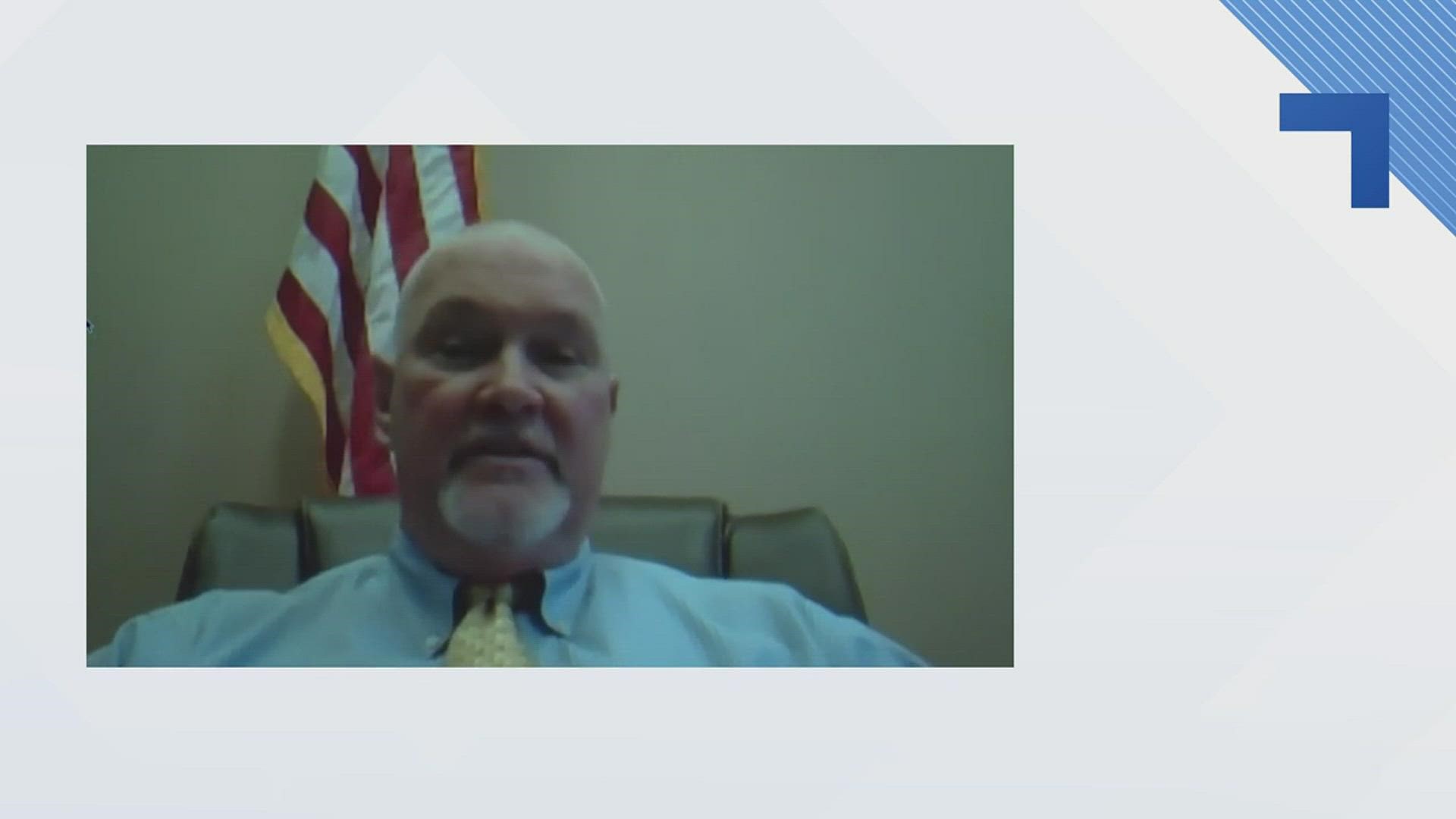 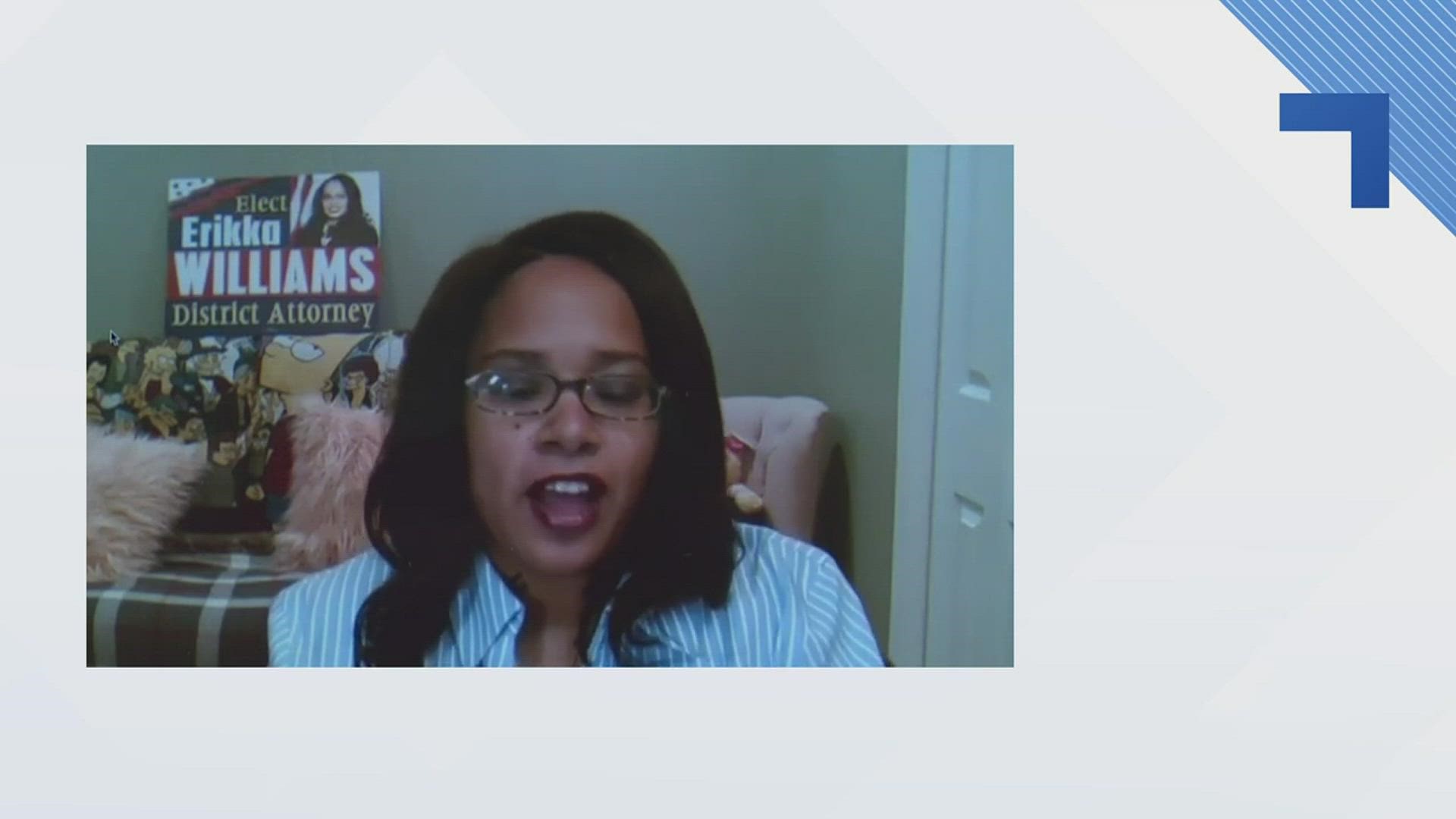