Hubbard Elementary and High was once Forsyth's only school for Black students. 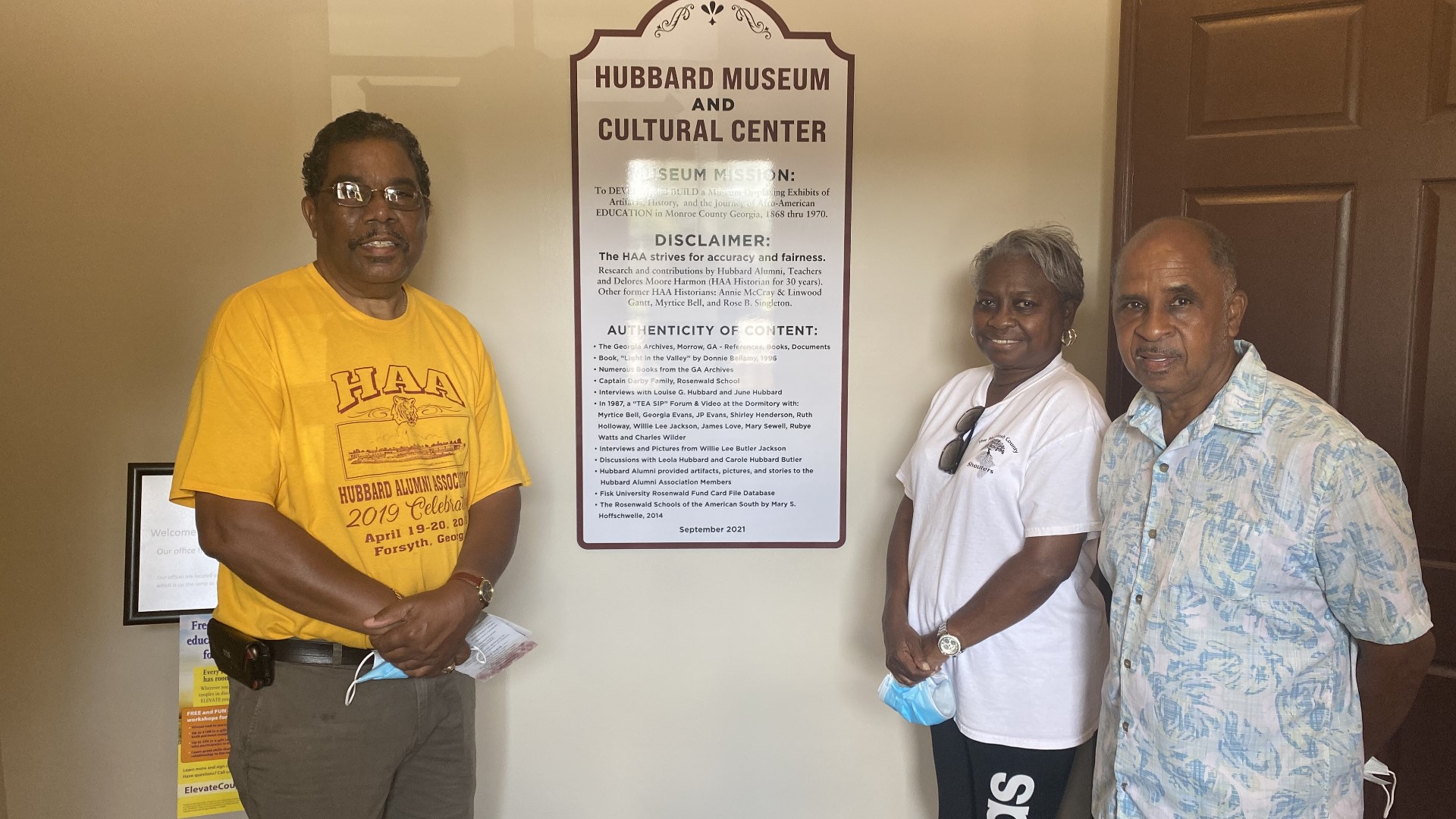 Hubbard Elementary and High was once Forsyth's only school for Black students. Now, the alumni of the school are highlighting its legacy.

If you asked three founding members of the Hubbard Alumni Association about their memories on campus, they could go on for awhile, and the school's history goes back even farther than their memories.

"It became a student dormitory first and later a state college. This particular area, it's about 300 acres altogether," said Herbert Gantt.

Founded in 1902 by William Hubbard, it's been a college, training, elementary and high school. Winifred Berry, Larry Evans, and Herbert Gantt all graduated just before the school closed in 1970.

Their focus is giving the campus a new life. It has a workforce center where Larry Evans says they partner with organizations to train people to earn a decent wage.

Then there's the museum. Herbert Gantt says the building was almost torn down, but a petition years ago helped save it. It now shows off the school's history.

Gantt says he's proud with all the work that's been done.

"We have people that really stick together, work hard, don't mind rolling up their sleeves...will do anything it takes to make it work right," he explained.

The Hubbard Alumni Association hasn't done all the work alone; they've had various partnerships with the board of education, elected officials, and numerous grants.

This Saturday at 11 a.m., they'll be celebrating 200 years of Monroe County. With that they'll have a ribbon-cutting at the William Hubbard complex that will include a playground for children and a public walking area.

RELATED: 'Everybody is welcomed': Monroe County to celebrate 200 years with bicentennial bash