'A lot more anticipation than usual': Mercer Baseball prepares to return to the diamond

It's been 11 months since COVID-19 canceled sports across the country, and the Bears are back on the diamond. 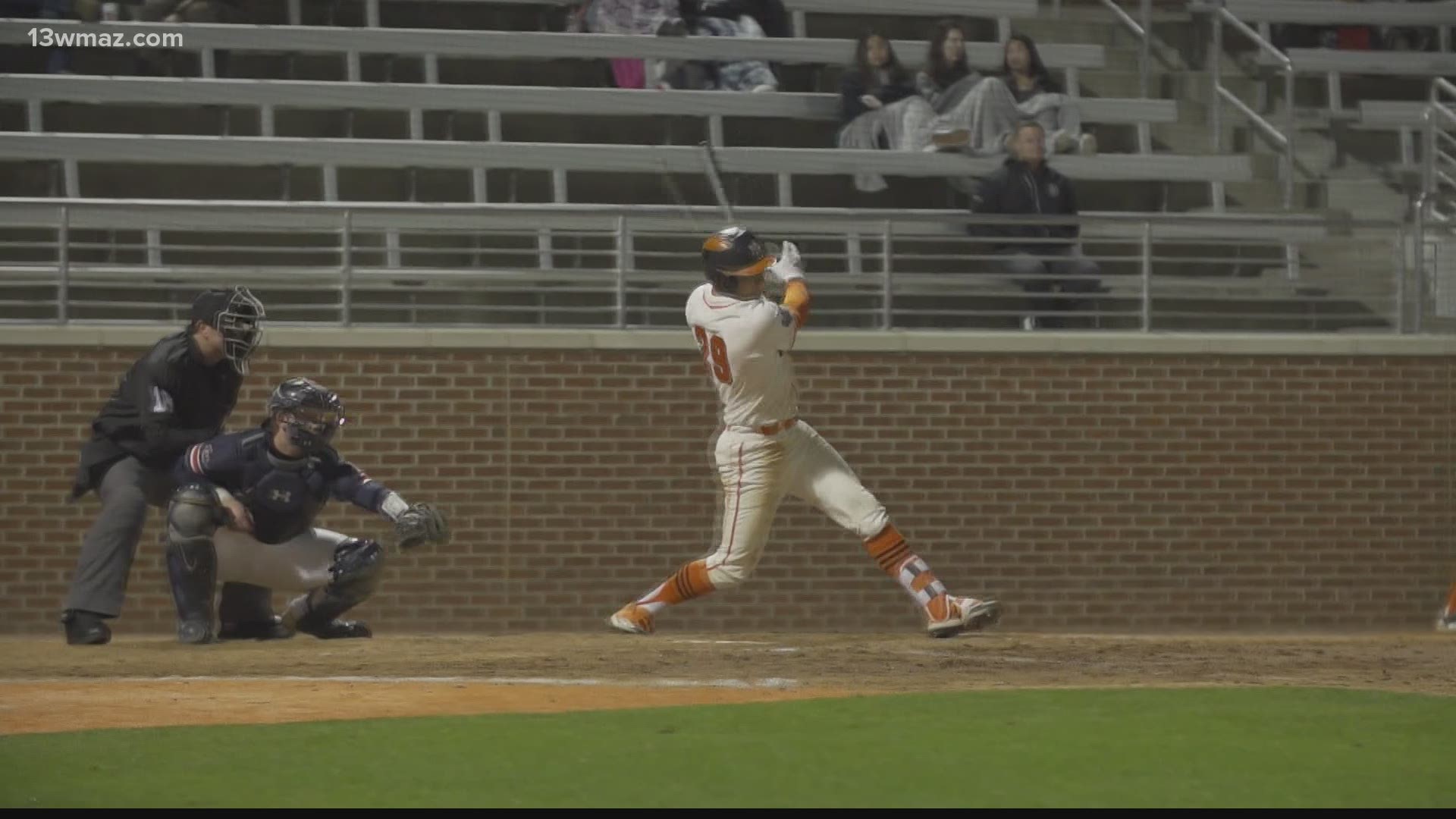 MACON, Ga. — For student athletes last year, the cost of COVID-19 came in the form of canceled games and postponed seasons.

Through our partnership with Mercer University’s Center for Collaborative Journalism, Amyre Makupson is looking at how a Macon baseball team is preparing for a new season.

“There’s just a lot more anticipation than usual, you know? We haven’t played since March against another team," said Mercer pitcher, Tanner Hall.

It's been 11 months since COVID-19 canceled sports across the country, and the Bears are back on the diamond.

“We’re kind of tired of playing each other in the scrimmages...we want to play fresh faces," said outfielder, Jordan Ammons.

Head coach Craig Gibson says the team is excited to play in a couple weeks and they've been preparing for months to make sure they're able to play.

“We sort of try to keep them in a bubble the best we can," said Gibson.

“Wearing masks on campus, you know, we get our temperature taken. They encourage us to wash our hands," said Hall.

“The season doesn't just start in February... it starts in August with four and ones and practices, conditioning, and all the hours that go in in the offseason," said Ammons.

Coach Gibson says that right now, focusing on health is just as important as playing the game.

“You may go into a series and if an outbreak occurs, and you haven't done what you're supposed to do, it could really put the whole series -- the season in jeopardy," he said.

It's something he’s making sure his team understands.

“A few false steps and this season could be taken away again, so I think we've all kind of had that in the back of our mind," said Hall.

Because the only way to make up for a shortened season is to come back strong for the next one.

“This is probably one of the most talented teams I’ve ever been on, so the outlook is very, very strong for me," said Hall.

The first game of the season is Feb. 19. You can find the team's full schedule here.

Addicts in recovery have hope despite isolation