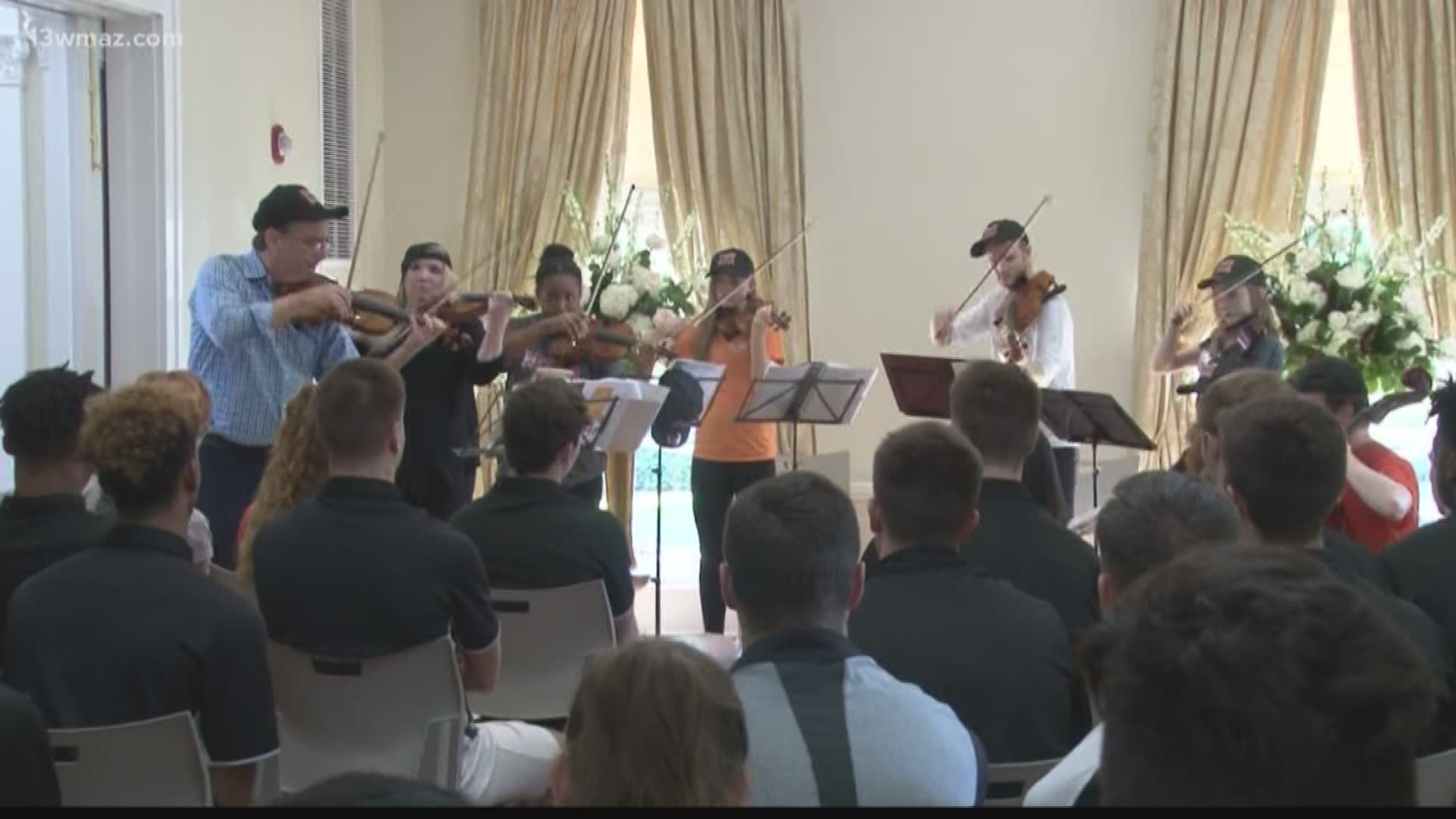 When you think of basketball, classical music may not come to mind, but Mercer University's men's basketball team and students from McDuffie's Center for Strings came together in perfect harmony.

"I mean, I never really think about how similar they are. It's like we're in a practice room all day, and they're in the courts all day and just working on their craft, and we're working on ours," Butts said.

For the first time, they took a step in the other's shoes.

That was the first of the three-event day. They ate lunch together and listened to guest speaker, two-time superbowl champion and former Alabama coach, Bill Curry.

They ended the day with the string students watching the basketball players practice.

"I think it's crucial for them to see how other elite athletes learn and think and interact with each other," Robert McDuffie, founder of the Center for Strings, said.

McDuffie organized the event with men's basketball Coach Bob Hoffman to bring the two worlds together.

"It was amazing to see how great they were, but how they work together at a high level, so I think that's what we're going to be able to use. We'll touch on it today, we'll be able to call on it all year about what it takes to be a championship team," Hoffman said.