Artist says mural removal took Mercer 'a half century back' 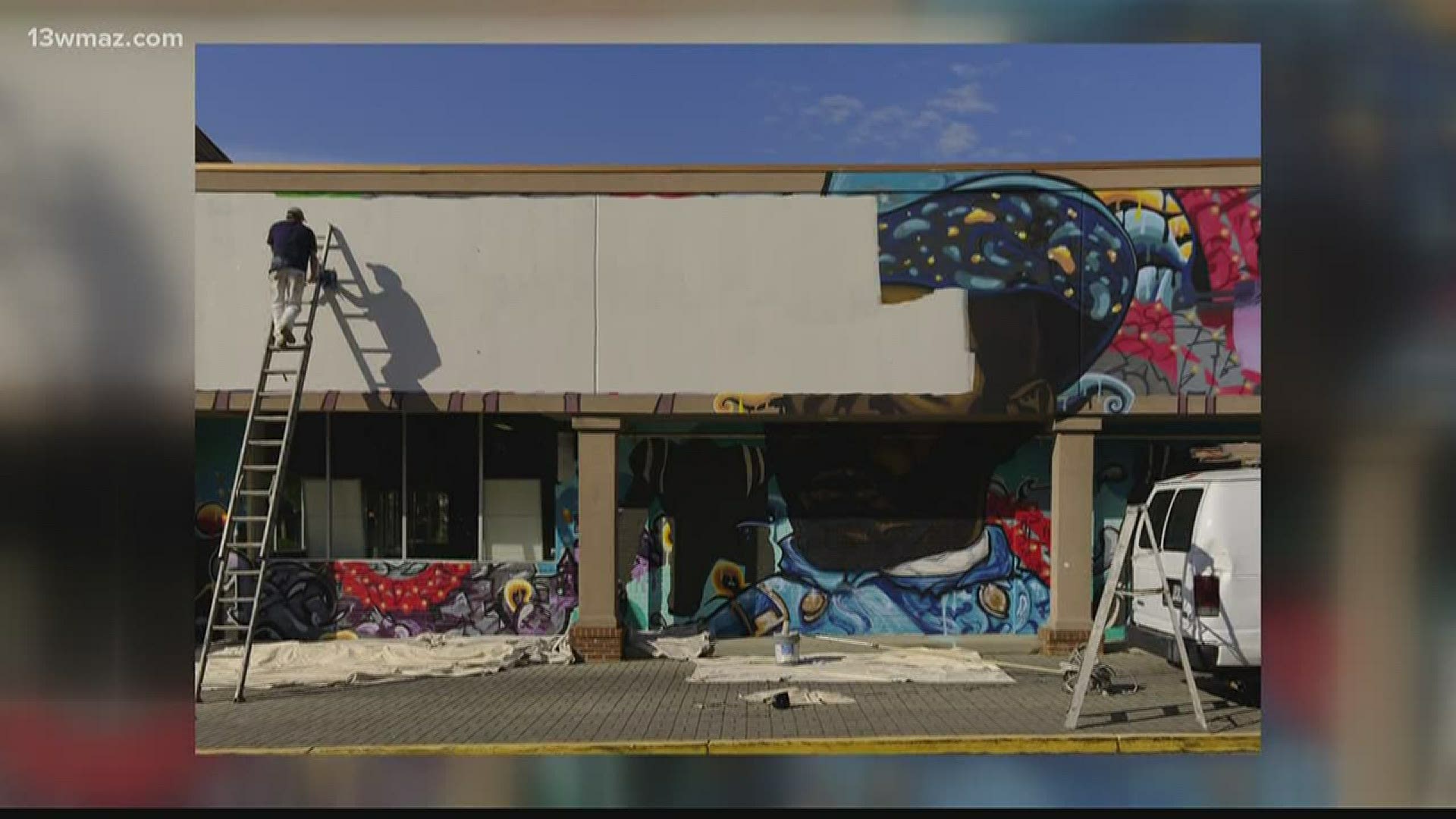 MACON, Ga. — The artist who created a Black History mural on Mercer University's campus says the school violated federal law by destroying it.

Joerael Numina released a statement Wednesday after hearing that Mercer work crews had painted over the mural he painted three years ago on the side of building on Coleman Avenue.

He writes that the school never notified him that they planned to remove his work.

He contrasts his mural's fate with Confederate statues, which are protected by state law.

"Mercer took two steps forward and a half century back," Numina writes.

Numina wrote that several Mercer departments commissioned his mural. He says it was inspired by the Black Lives Matter movement and also depicts kneeling football players.

He says the work "memorialized Macon's history of racial violence and discrimination."

Numina writes that he's in touch with attorneys about the matter and "I intend to pursue all of my rights as an artist, to the full extent of the law."

On Tuesday, Mercer sent 13WMAZ a brief statement that didn't explain why the mural was removed, but saying "It was never intended to be permanent."

She also argued that the removal violated federal law and the school's contract with Numina.