Wednesday night Donald Trump and Hilary Clinton took the stage at the University of Las Vegas, Nevada for the final presidential debate, and Mercer students gathered on their own campus to watch. 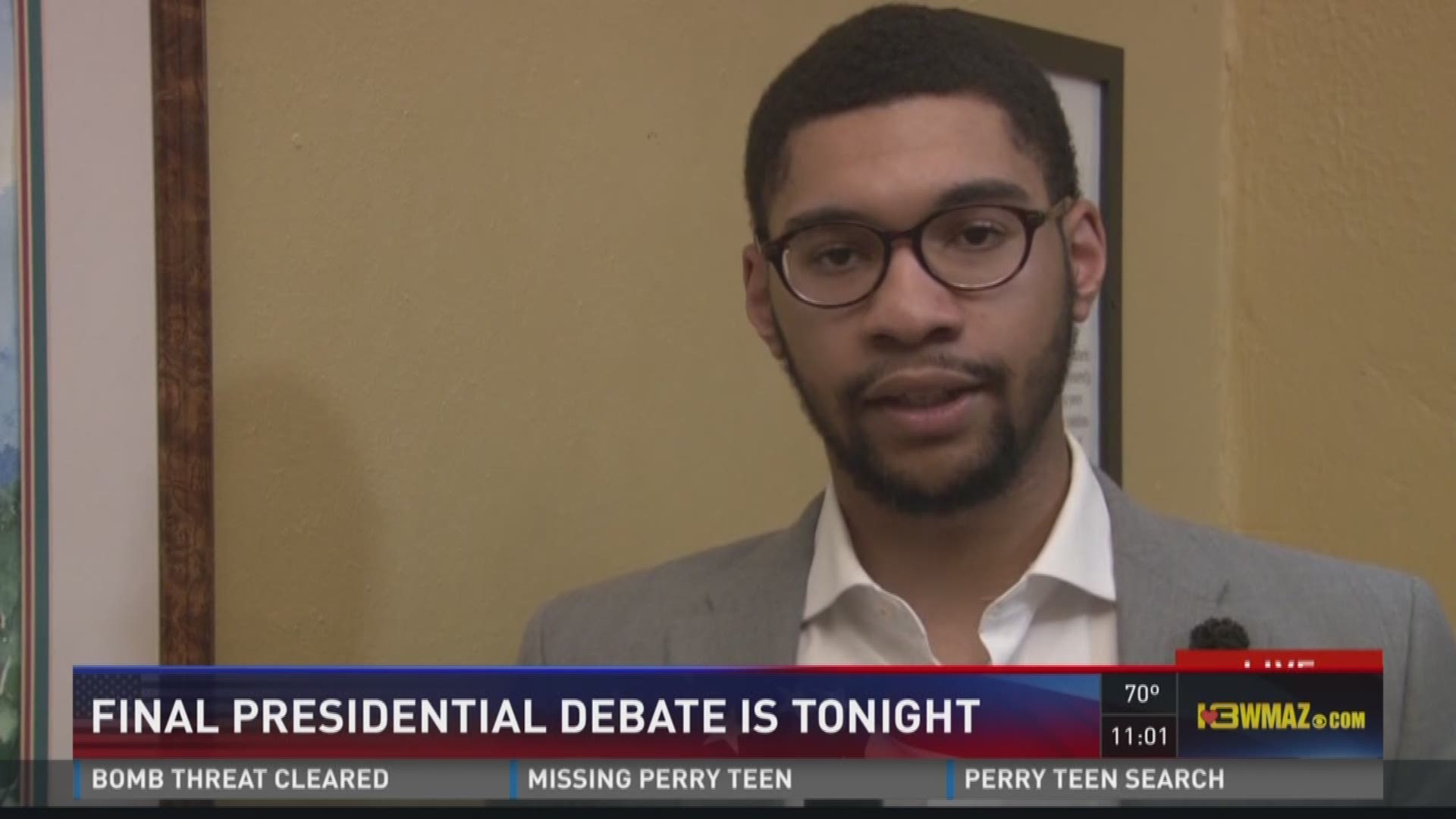 Wednesday night, Donald Trump and Hillary Clinton took the stage at the University of Las Vegas, Nevada for the final presidential debate, and Mercer students gathered on their own campus to watch.

The viewing party was hosted by "Mobilize Mercer," a nonpartisan student club focused on raising voter awareness and participation in millennials.

"We really think that it's important for the students to come so that they can be more aware of the issues that they are voting on," says head of Mobilize Mercer, Emily Thompson.

She explained that watching the debate together "bridges party gaps."

"There is a big divide in America right now and we just need to come together. No matter what your political views are, we need to really become informed on the issues," says Thompson.

Members of the award-winning Mercer debate team were also present at the presidential debate watching party. They agreed that to win a debate, you need persistence and a strong backbone.

"Both candidates have a certain competitive nature that debaters need in order to attack each other, to refute their points, and in order to assert their claims," says co-captain Kyle Bligan.

Bligan says that is the sort of competitiveness the Mercer debate team also embodies.

With just 20 days left until election day, these Mercer students were united on one thing: they want to encourage their community to get out to the polls and vote.