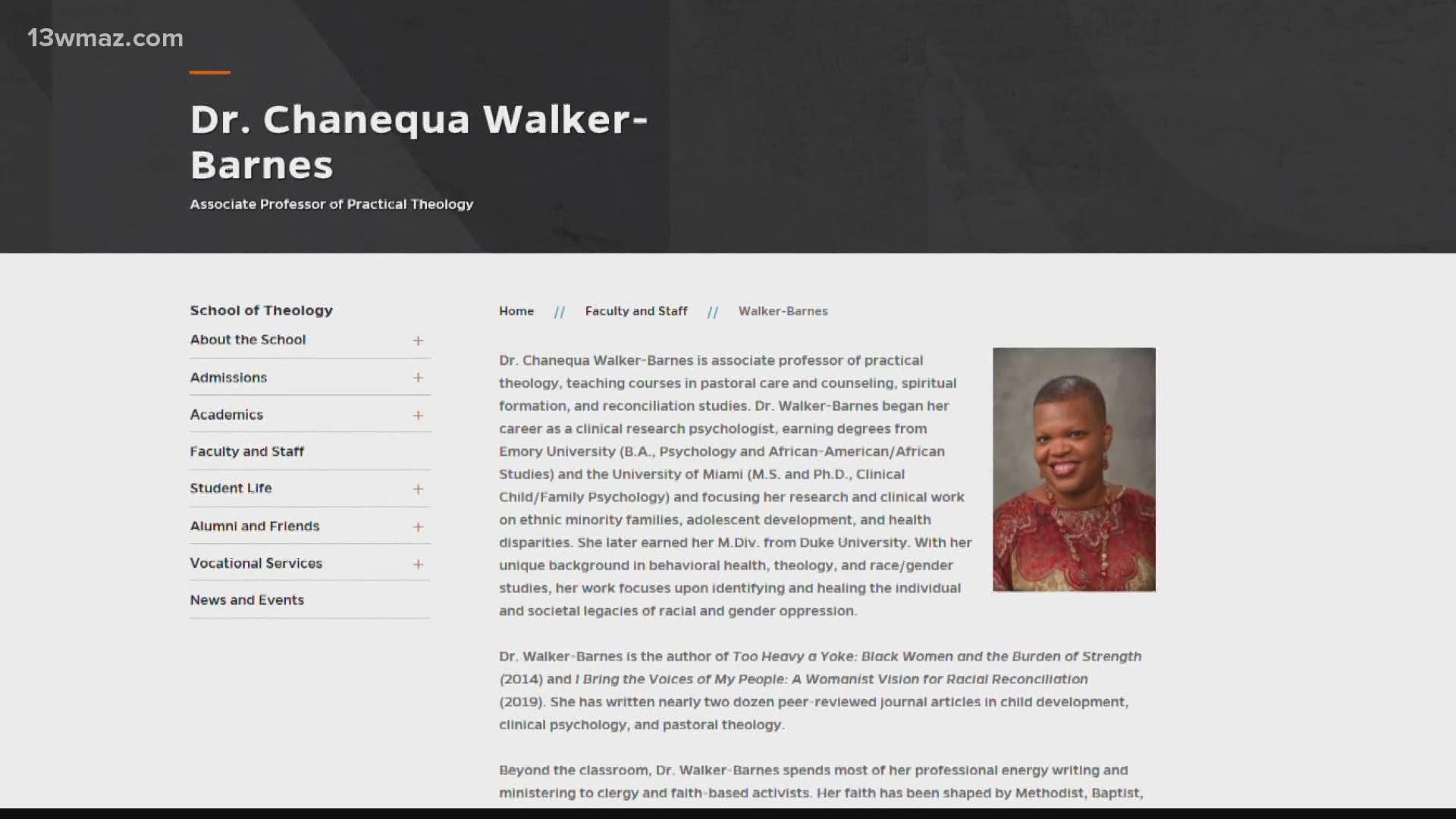 Chanequa Walker-Barnes is a Mercer University associate professor of practical theology at the school's Atlanta campus. Barnes is drawing criticism online for a controversial commentary on race published in a book.

Her prayer featured in the book was released in February, but people are still talking about it.

The book is titled A Rhythm of Prayer: A Collection of Meditations for Renewal. It features her prayer which says, "Dear God, Please help me to hate White people."

In response to online criticism, Walker-Barnes responded saying she wrote the prayer "in a heated moment after a white person, who she considered a friend, used a racial slur in a casual conversation."

She says her poem is modeled after Psalms. She says the prayer seeks spiritual guidance to stop "caring" about white people who she says inevitably perpetuate racism.

On Twitter, she wrote, "I took my rage to God in prayer. I owned it. I was truthful to God about what I was struggling with. And I prayed for God not to let anger and hatred overwhelm me."

That didn't stop reaction from writers on political sites and religious-discussion sites including some people calling it "un-Christian."

“Mercer University has more than 1,900 faculty and staff, and they represent a wide array of perspectives relating to their fields of expertise, their political and religious viewpoints, as well as personal matters. None of them speak for the University, or for anyone within the University. But each one of them enjoys wide latitude in expressing their perspective, as do Mercer students. They have a right to express themselves, as do those who thoughtfully disagree.”

We reached out to several Central Georgia pastors for a comment, but they declined to comment on her poem.

We offered Walker-Barnes an interview, but didn't hear back. Kyle Sears with Mercer said she will be leaving Mercer at the end of this semester to teach at a seminary in Decatur. They said her departure has nothing to do with the book.