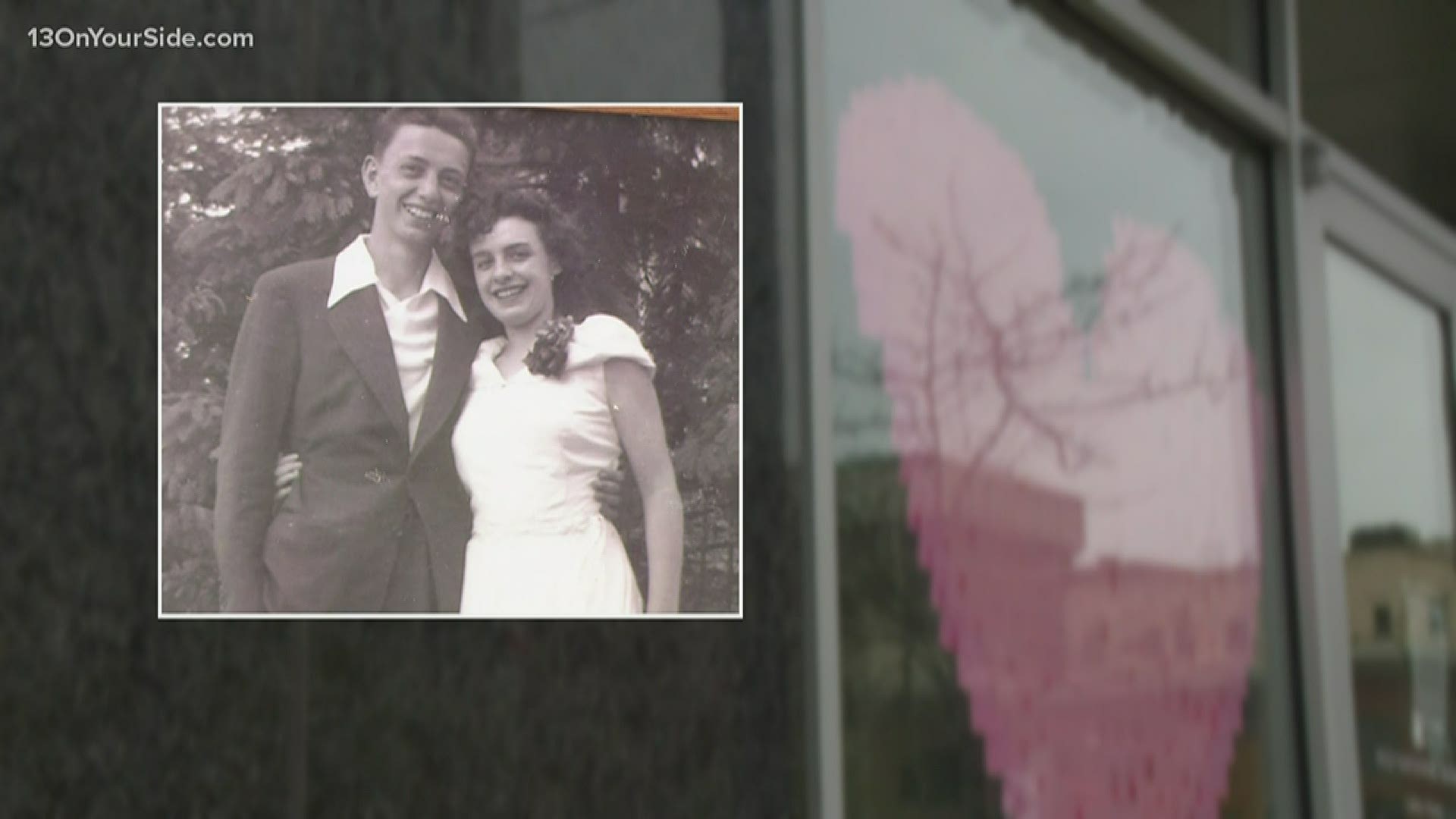 GRAND RAPIDS, Mich. — At a time when words like 'distancing' and 'alone' best describe today, how about we revisit a word that used to make sense, before COVID-19 made it go away.

A West Michigan couple is the definition of the word, togetherness, as they celebrate a rare marital milestone - 70 years of wedded bliss.

"It's just unbelievable," said Phyllis Strauss, 89. "You never think about something like this until it actually happens."

Both Roger and Phyllis Strauss grew up in Grand Rapids in the 1930s and 1940s. They met when they were just 14 years old.

Credit: Domain
The Coliseum was built in 1910, and was a convention center and roller rink through the 1930s and 1940s.

Built in 1910, the Coliseum was a convention hall and roller rink, located in downtown Grand Rapids on Division Ave. The building still exists today, but is now home to Heart of West Michigan United Way.

"We'd each take a bus to get there," said Phyllis. "Then he'd walk me to the bus stop, then he'd go to his bus stop to go home."

After a few weeks of riding separate buses, they started riding the same bus. 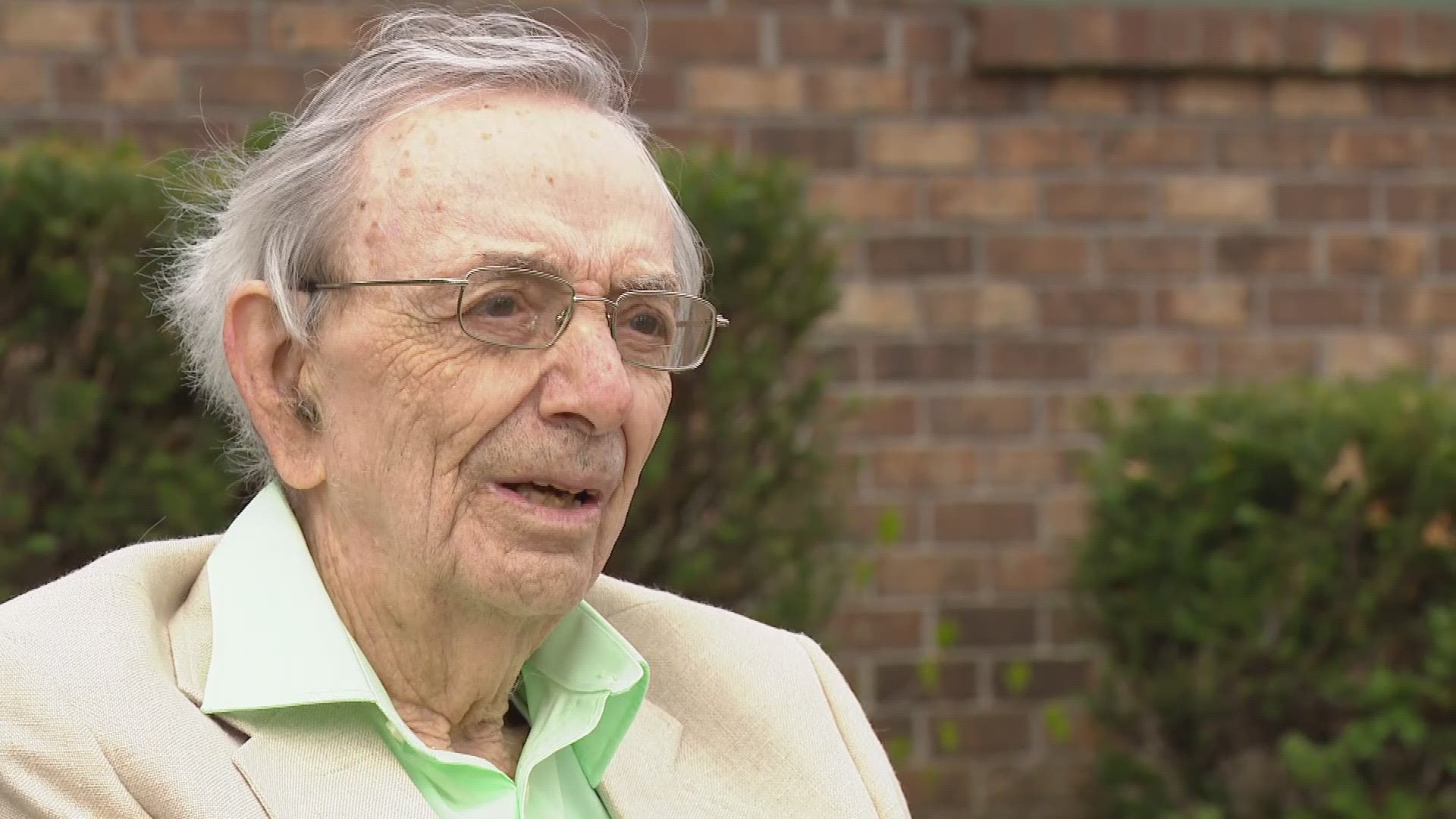 "Roger would walk me home, then he'd walk by himself home alone," said Phyllis.

Occasionally, a friendly neighborhood police officer would see Roger walking alone and would offer him a ride home.

"There were no handcuffs," Roger joked. "That would have been a deal-breaker for Phyllis."

The two started dating, gathering at the roller rink every Friday night, until, "His cousin wanted to date me," Phyllis said. "Roger told him, 'Well, you can ask her because she won't go steady with me.'"

"Everybody was celebrating on Monroe Avenue," said Phyllis. "I bumped into Roger and said, 'I wish I was with you.'"

Well, Roger happened to have captured the interested of another young lady, which didn't sit well with Phyllis.

"She was a cute girl from [Grand Rapids] Catholic Central who had asked him to go on a hayride," said Phyllis, while rolling her eyes. "So, I said, 'If you don't go on the hayride, I will go steady with you.'"

That's all it took.

From that moment on, Roger and Phyllis have been inseparable. Four years later, when Phyllis was a senior at Grand Rapids South High School, Roger proposed to Phyllis.

"He doesn't remember proposing to me," Phyllis said jokingly but, on some level, angrily. "He's starting to forget things, but how can you forget that?"

The couple married on May 5, 1950 at Fountain Street Church in Grand Rapids. Over the course of their 70 years of marriage, they'd experience high and lows, much like all married couples do.

But, through it all, they'd remain steadfast and loyal to each other.

"Don't wait to do things," said Phyllis. "Don't wait until you retire.

"Go be together and do things."

In 2015, Phyllis had open heart surgery to fix some thinning arteries that was causing blood to enter her lungs. The same issue returned in late 2019, and the doctors told her she'd have less than a year to live if she didn't have a second surgical procedure done on her heart.

She had the second open heart surgery in February, 2020, and feels close to perfect today.

"I made it through," said Phyllis.

When asked if they could imagine their lives without the other one being a part of it, both Phyllis and Roger simultaneously said, "No."

"We still need each other," Phyllis said, with tears welling in her eyes. "If that isn't true love, I don't know what is."

Both agree that the key to the success of making it 70 years in a marriage is figuring out two critical components - patience and compromise.

"Every decision we ever made in our marriage was 50/50," said Roger. "We communicated ad consulted with each other about everything."

"We had our ups and downs, but we were fortunate that we had enough to offset the bad," added Phyllis. "That's the secret."

Roger and Phyllis say they will have a huge party for their 70th anniversary when the COVID-19 pandemic subsides and their family is allowed to gather again.