Four families in a Walker neighborhood decided to homeschool their kids this fall. One of the electives is creating a newscast, with stories only kids can tell. 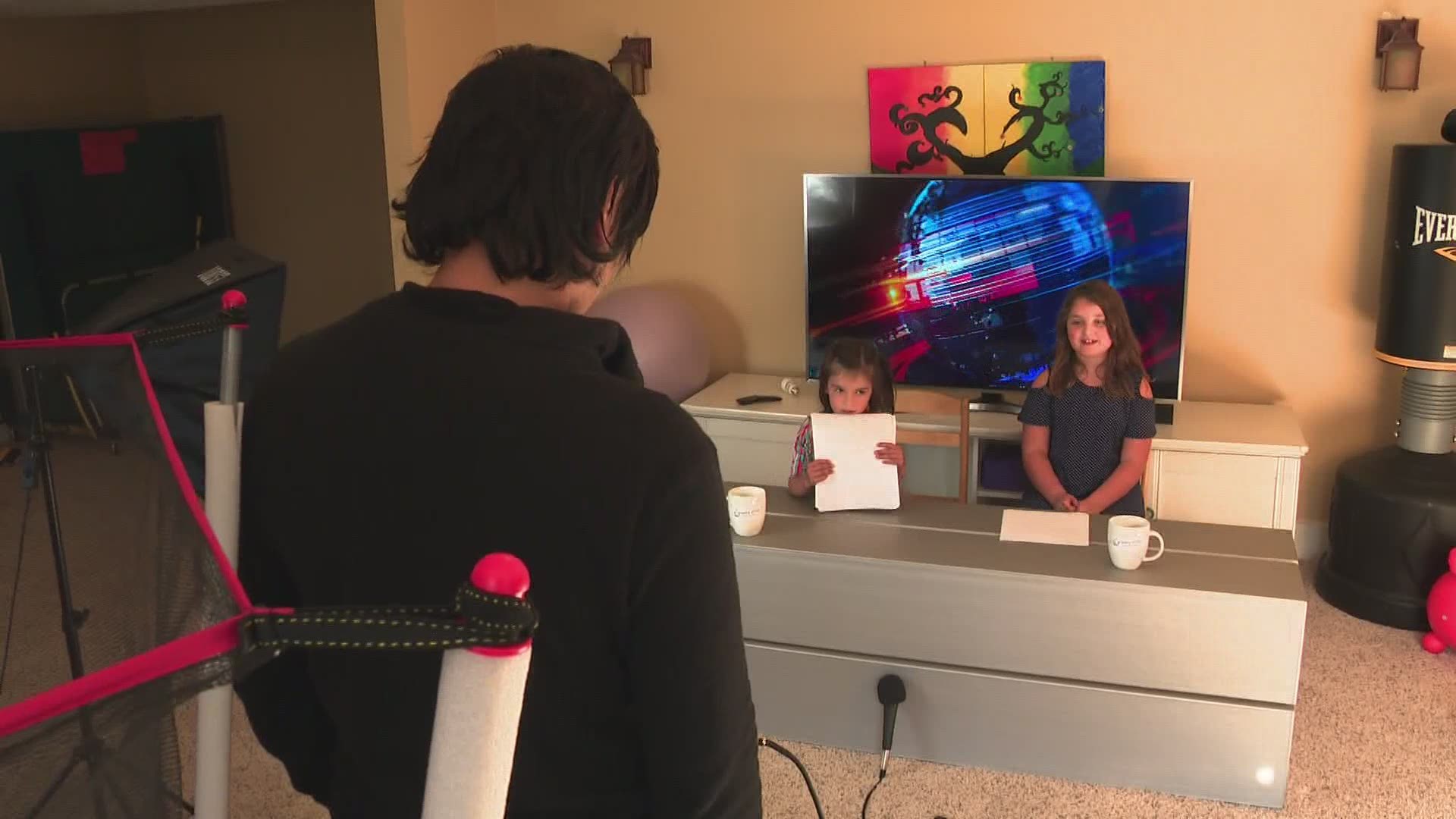 WALKER, Mich. — School in the COVID-19 era is interesting. While most parents and students are juggling schedules between in-person and virtual days, there are some who have chosen to homeschool this fall.

Four families in a Walker neighborhood opted for homeschooling. Interestingly, as the kids' day goes, reading writing and arithmetic are replaced by rundowns, reporting and somebody saying, "What's the lead?"

"Early in the summer, many parents in our neighborhood started talking about what the fall may look like," said Allen Trieu, who is one of the homeschool teachers in his neighborhood. "Given how close all the kids are in our neighborhood, we knew it would be hard if some were doing in-person school and some weren't."

Trieu, along with four of his neighbors, and the cooperation from Kenowa Hills Public Schools, decided to homeschool several of the neighborhood kids.

"Each day, they spend 9 a.m. through lunch at one house, then they go to a different house with a different teacher for afternoon class," said Trieu. "They're getting to see their friends while also getting that social aspect that we were afraid they might lose with virtual school."

The teacher at Kenowa Hills provide a lesson plan for each day. All parents have to do is login in every morning, download the lesson, and present it to the class.

"It's not like the kids are completely disconnected from school," added Trieu. "They Zoom with their teacher a couple times each week."

Trieu and the other parents knew going in the school would create all the lesson plans, but the one element that was an uncertainty was electives.

"These are elementary-age kids and many of them are used to being involved in several extra-curricular activities," said Trieu. "How do you replace gym class, music class and other stuff like that."

Professionally, Trieu has experience working in the telecommunications field, including knowledge of TV newsrooms are run and how newscasts are edited, so he thought why not have one of the electives be creating a neighborhood newscast.

And, since most of the kids live on Sunrise Lane, coming up for a title for the newscast was quite easy.

"We call it 'Sunrise Kids News,'" said Trieu. "So far, we've kept the content to what's happening on the blocks in our neighborhood."

The newscast is produced every Friday at Trieu's house, after they've completed the academic portion of their school day. Trieu and the students will collaborate on what stories they want to cover, then they go get them.

"We have two kids anchor the newscast each week and the rest are the reporters," said Trieu. "We do the usual traffic and weather reports, but the kids come up with most of the stories."

The stories they come up with are wide-ranging. Serious subjects like the  coronavirus and road construction projects are reported on by the students. They also tackle feature pieces like the nest of turtle eggs they found in the backyard and the rumored 'Pond Monster' that lurks in the neighborhood pond.

"They say whatever comes off the top of their head," said Trieu. "It's amazing to watch them do this, and they love it."

Trieu doesn't know how many more editions of Sunrise Kids News can be made because there's only so many things that can be reported inside a couple neighborhood blocks. 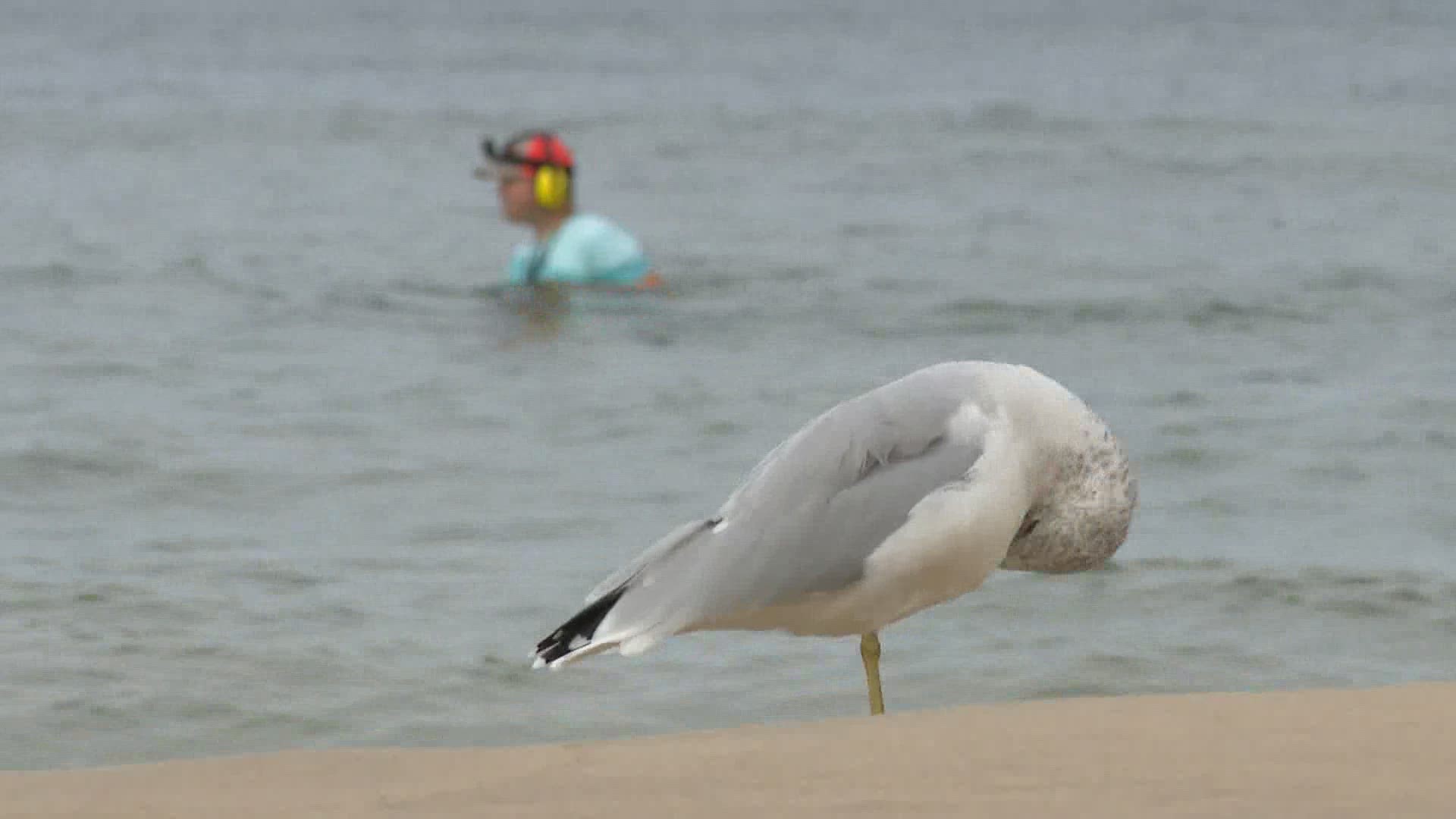