Considered to be the largest remaining Lake Michigan shipwreck not discovered, a Minnesota-based wreck-hunting crew found the 'Pere Marquette 18' ferry. 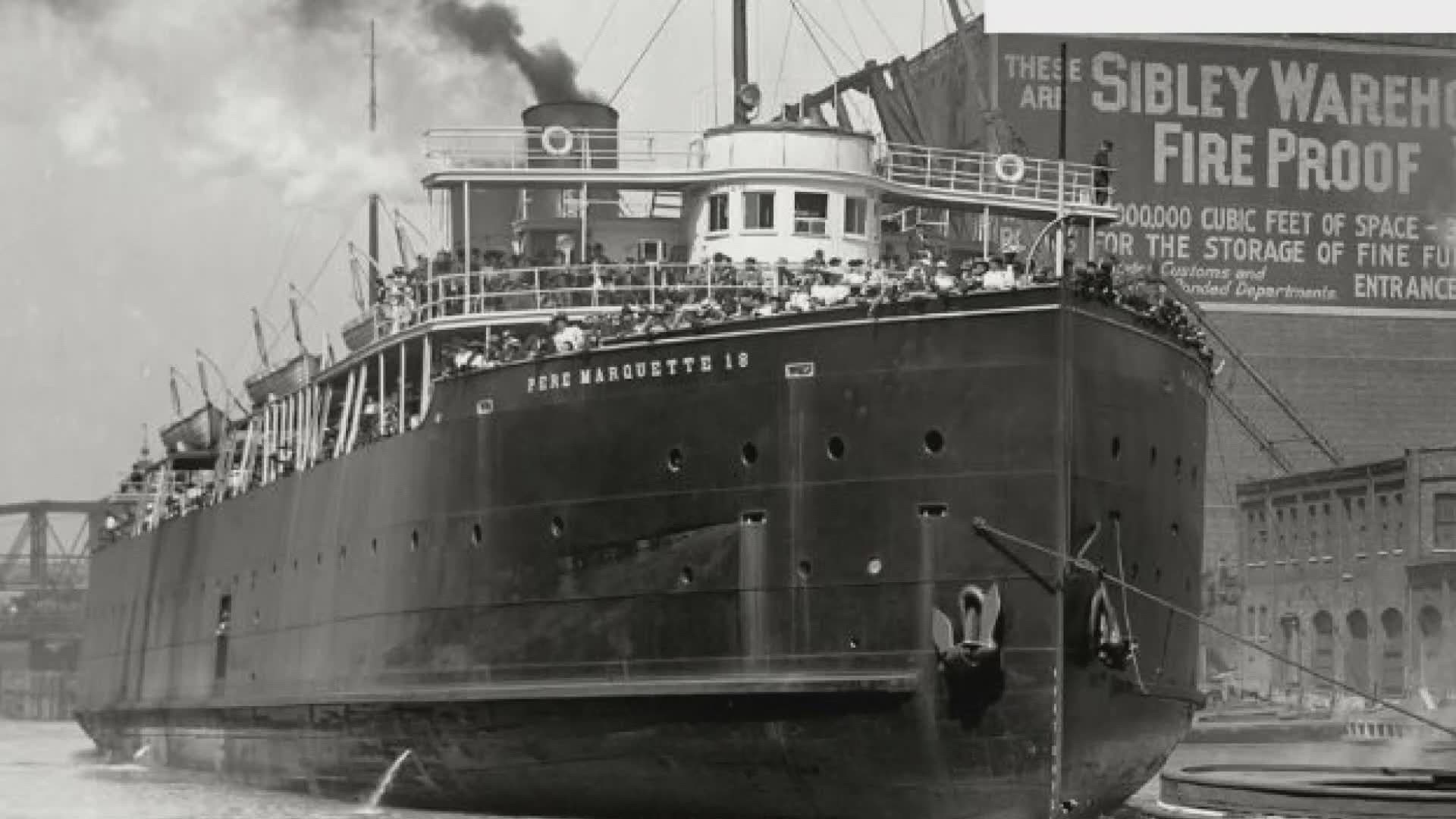 LUDINGTON, Mich. — What was considered by many maritime enthusiasts to be the largest remaining undiscovered Lake Michigan shipwreck was finally found by a wreck-hunting crew this summer, ending a mystery that's spanned 110 years.

The 'Pere Marquette 18' was a 338-foot ferry that was used primarily to transport railroad cars to various ports around the Great Lakes. During the summer months, she was converted into somewhat of a party boat or cruise ship, taking upwards of 3,000 passengers at a time to and from Chicago.

According to historical records, the ferry had just wrapped up its summer season in 1910 and was preparing to begin hauling rail cars again.

Credit: Domain
The 'Pere Marquette 18' was a ferry that transported railroad cars to several ports around the Great Lakes, until she sank in 1910.

Credit: Domain
The 'Pere Marquette 18' was a ferry that transported railroad cars to several ports around the Great Lakes, until she sank in 1910.

Early in the morning on Sept. 9 of that year, the Pere Marquette 18 left Ludington, Mich., carrying close to 30 rail cars and 62 crew members, for the short trip to Milwaukee.

Once she reached the middle of the lake, she started taking on water faster than her pumps could handle.

Crew members began shoving the rail cars off into the lake, hoping that would lighten the load and prevent the ship from sinking, but that wasn't the case.

It didn't take long for the Pere Marquette 18's stern to drop beneath the lake's surface.

Moments later, she was gone, plunging rapidly toward the lake bottom.

29 souls were lost, with several others struggling for their lives on the surface amidst the swirling waves and debris.

The exact reason why the ship foundered remains a mystery to this day. The ship's final resting place has been lost to time for over a century, until a pair of Minnesota-based wreck hunters did their homework and found it this summer.

"This one has been on our list for a while," said Ken Merryman who, along with his partner Jerry Eliason, found the wreck site using side-scan sonar on July 23. "We didn't expect to locate it as quickly as we did.

Credit: Ken Merryman
Ken Merryman has been hunting for shipwrecks on the Great Lakes for 50 years. He recently found the 'Pere Marquette 18' ferry, which sank in 1910.

Merryman and Eliason have been wreck hunting together for 30 years, centering most of their searches on Lake Superior. Armed with the knowledge that the Pere Marquette 18 was the largest remaining undiscovered shipwreck in Lake Michigan, the duo decided to make it their mission to find it.

Shockingly, they found it on the first day they searched for it.

"About 10 hours into our search, we saw an image pop up on the sonar," said Eliason. "We were pretty sure we had found a wreck, but knowing for sure was going to be a challenge because where it was captured the imagery was nearly 500 feet deep."

The next day, the lake conditions had calmed, so Merryman and Eliason went back out to the wreck site. Since 500 feet is well beyond the depth most mixed-gas divers can go, the pair brought a drop-camera with them so they could drift over the site and capture as much footage as possible.

"Once the camera reached the bottom, we could see it was definitely a shipwreck," said Eliason. "I immediately noticed that the ship was not laying flat on the bottom; it was at a 40-degree angle, indicating that the stern had speared into the bottom on impact all those years ago."

As the tethered camera continued to make it's way around the broken vessel, Eliason says he noticed several other anomalies.

"It is quite unique how the wheelhouse and the cabin under the wheelhouse lifted off and spun around and fell back onto the stern [while she was sinking]," added Eliason.

Merryman and Eliason had several photos of the Pere Marquette 18 with them, hoping to cross-reference them with the images that the drop-camera was sending back to the surface.

The 'smoking gun' that confirmed that they had found the Pere Marquette 18 was when they saw the lifeboat cradles.

"The lifeboat cradles matched perfectly to the pictures," said Eliason. "There were three on each side of the ship, just like in the photos.

Even though the resting place of this ship had been a secret for 110 years, the secret of why it sank will likely be kept forever. Merryman and Eliason say the stern of the ship is believed to be where the water came in during the sinking. Since that's buried in the lake bottom, determining the true cause may be highly unlikely.

"Sometimes the history works and sometime it doesn't," said Merryman. "It was just really good to be able to be the first eyes to see that thing in 110 years." 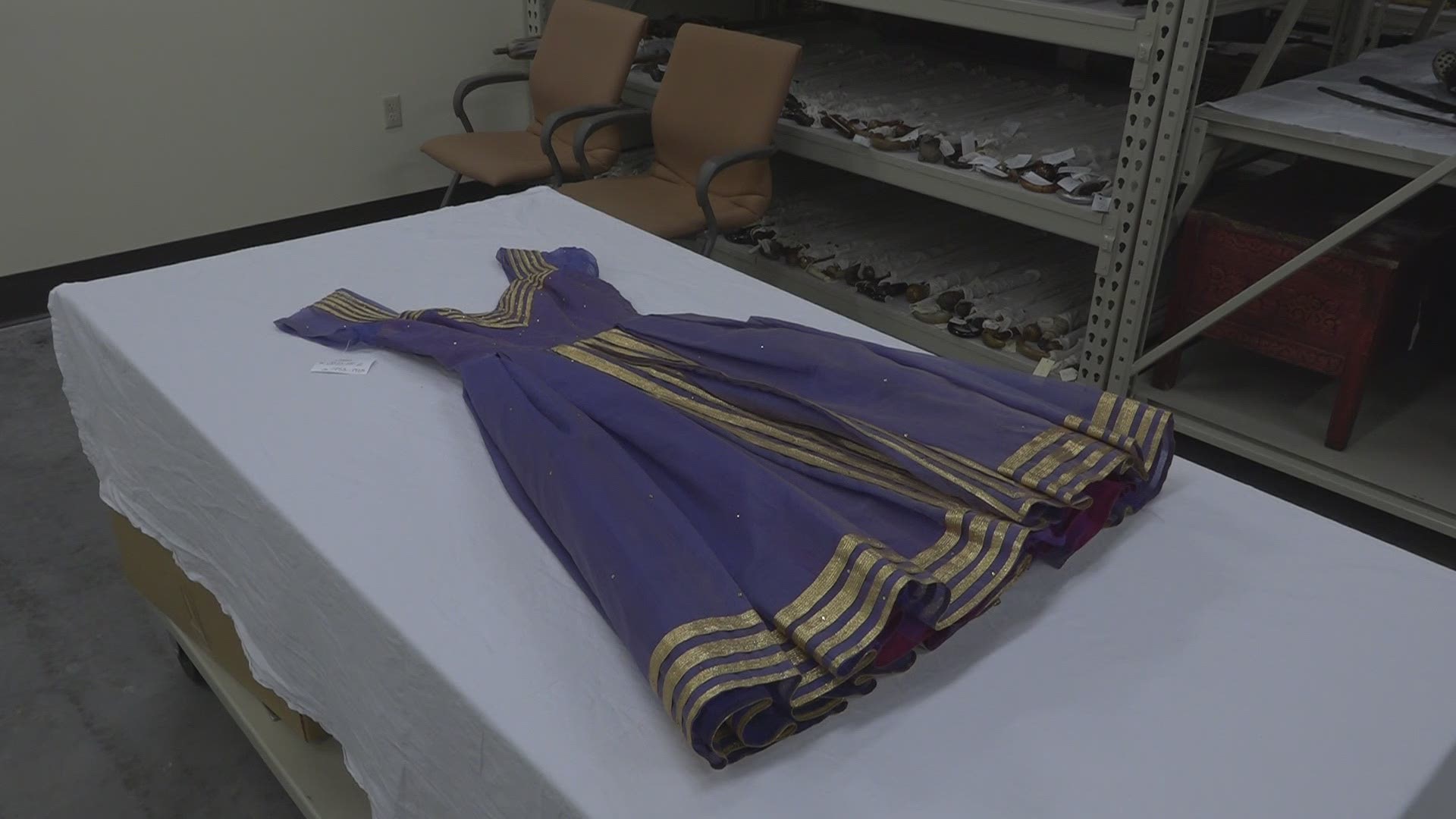