GM made another offer Monday and talks continued Tuesday, with both sides hung up on large economic issues. 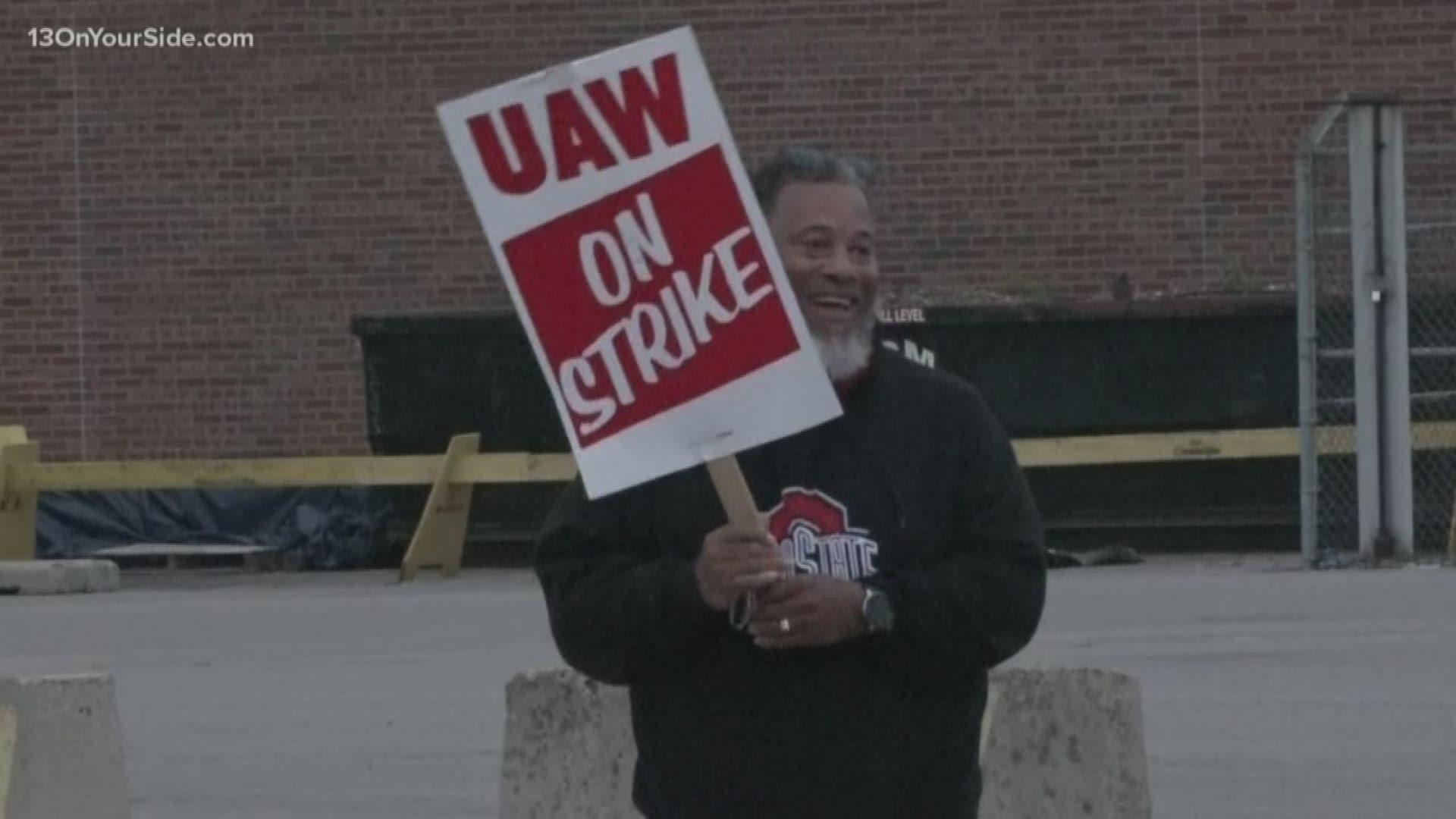 DETROIT — The 23-day strike by auto workers at General Motors has cost the company production of 165,000 cars and trucks and has passed the point where the GM can make up lost volume, according to auto industry analysts.

That means losses are starting to mount for the company even though its dealers have enough inventory to get by for several more weeks.

GM made another offer Monday and talks continued Tuesday, with both sides hung up on large economic issues. The union is pushing for hourly wage increases versus lump-sum payments favored by the company, according to a person briefed on the talks. They're also haggling over pensions, faster wage increases for workers hired after 2007, and guarantees of new products for U.S. factories, said the person, who didn't want to be identified because the talks are confidential.

RELATED: GM-UAW talks take turn for worse; settlement not near

Fifteen of GM's 18 North American assembly plants have been shut down by the strike, including everything in the U.S. and one plant each in Mexico and Canada, according to Bill Rinna, director of Americas Vehicle Forecasts for the LMC Automotive consulting firm.

"Once the strike ends, it may still take up to a week to get the parts pipeline going again. So we are likely looking at a loss of well over 200,000 vehicles," Rinna wrote in a note distributed Tuesday.

Much of that production can't be made up, especially at factories that make popular pickup trucks and large SUVs that already were on three shifts per day before the strike, said Kristin Dziczek, vice president of the Center for Automotive Research, an industry think tank.

The strike has cost GM about $1.6 billion according to numbers from JP Morgan analyst Ryan Brinkman, who estimates that GM is losing $82 million per day.

Strikers, meanwhile, are in their fourth week without earning a full paycheck from GM of around $1,200 per week before deductions. Instead they have to live on $250 per week in union strike pay.

The Anderson Economic Group, a consulting firm in East Lansing, Michigan, estimated that 75,000 workers for auto parts supply companies have either been laid off or had their wages reduced because GM factories no longer need the parts. The firm predicts that the impact will expand each day that GM's factories are silent.

The strike also has delayed production of the new mid-engine Chevrolet Corvette sports car, which was supposed to start in December, Rinna wrote. GM's Corvette plant in Bowling Green, Kentucky, had about 1,000 of the current-generation Corvettes left to build before the strike. Then the plant was to switch its equipment over to build the new version. Now, Rinna wrote, GM will either have to delay the new car's launch or retool the plant faster.

"Either option could cost GM dearly," he wrote.

Other headlines from 13 ON YOUR SIDE: 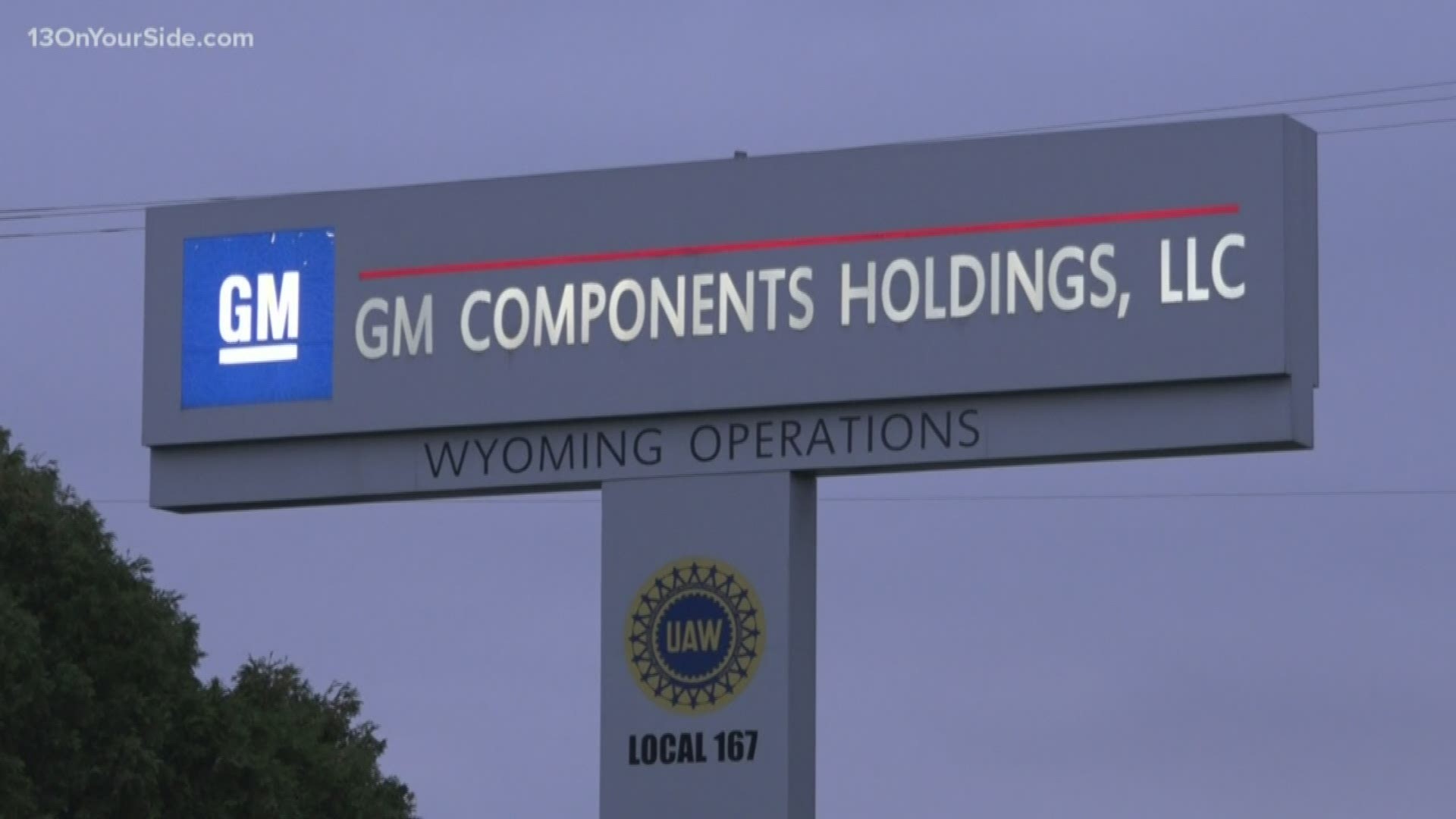