'It set me back': Middle Georgia State students' flight hours affected by pandemic

When the pandemic hit, the aviation school shut down for three months. Students are working through summer to get their required hours completed before graduation. 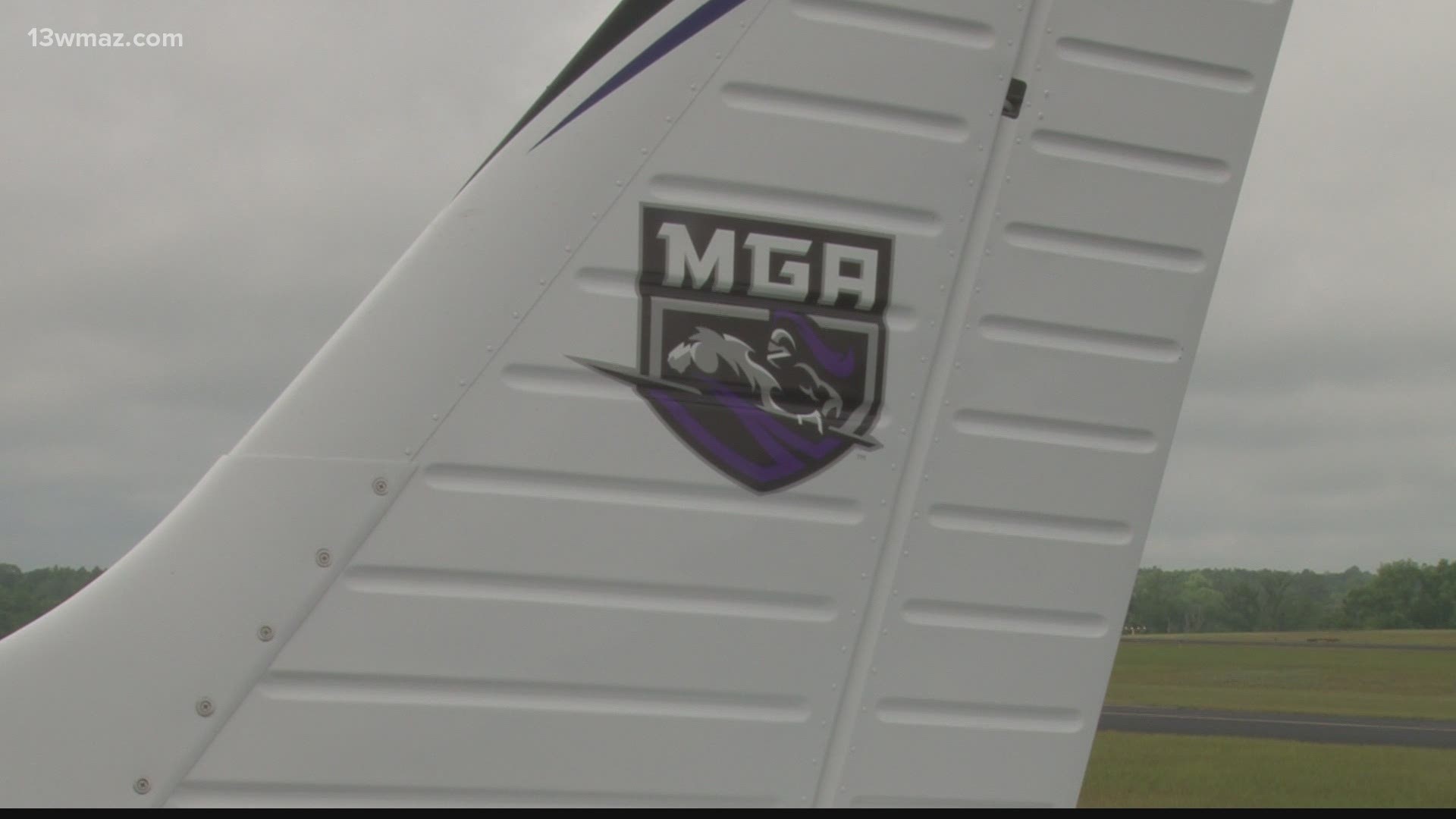 EASTMAN, Ga. — It's pretty much impossible to socially distance inside the cockpit of an airplane, so when colleges went virtual, aviation students who needed flight hours were stuck.

Students at Middle Georgia State's campus are working to make up for lost time. Rising senior Kristi Cook has a clear path through aviation school.

"I'm working on my four-year degree, so I start off with my private, then my instrument rating, then my commercial license, then eventually I want to be a CFI and I'm going to get that all done before I graduate here," Cook said.

That path hit some turbulence when the pandemic started last March, affecting the 250 flight hours she and her classmate Courtney Link need to complete in order to graduate.

"It set me back probably about three months, and then coming back it wasn't like, 'Oh I'm just hopping back into where I was,' it was kind of hard to get back to where I was before because you do get kind of rusty when you're not in a plane for awhile," Cook said.

"It took a toll on my flight time and everything. I'd like to think like, 'Oh where would I be if I had those three extra months,' but the school brought us back," Link said.

Senior Roland Murdock saw the pandemic as an alternate route and focused more on the bookwork so he could become a flight instructor.

"I studied more on what I needed to do in order to teach people how to do what I already know how to do. So it kind of helped in a way and then once everything kind of died down and then we started coming back slowly, then I was able to come back into the plane and then start flying and learn how to teach from that aspect," Murdock said.

Director of Flight, Adam Holloway, says being able to resume flight instruction midway into summer softened the blow from the pandemic setback.

"That helped us get students back on track without having to skip the summer and come back in the fall. I know it put us on the map as far as being about the only college or institution that was actually back in session to a certain capacity, but we had to do that because we are heavily hour restrictive and proficient restrictively," Holloway said.

They are now back to their normal operations, allowing students to fly about three times a week.

Middle Georgia State has 52 airplanes and about 300 flight students between their Macon and Eastman campuses.